The meeting followed criticism from environmental advocates and community leaders.

“When we are talking about justice and specifically environmental justice, as a secretary of the environment, I can tell you I know we have a lot of work to do,” Maryland’s Secretary of the Environment Ben Grumbles told the commission on Tuesday. 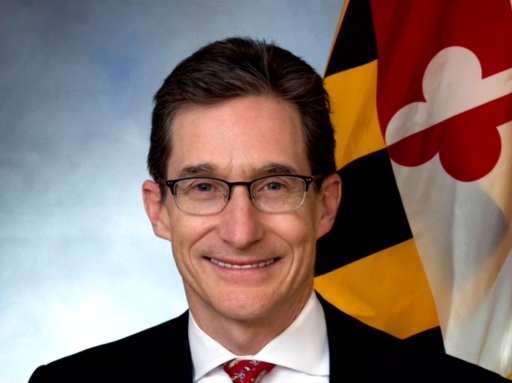 Grumbles said that environmental justice is a “priority” for his office and committed to offering financial assistance and additional staff from the Maryland Department of the Environment to aid the work of the commission.

The Commission on Environmental Justice and Sustainable Communities was formed two decades ago by an Executive Order issued by then-Gov. Parris N. Glendening (D).

The 20-member body was tasked with advising state agencies on environmental justice issues, assessing how current state laws address environmental inequities and developing a criteria to determine which communities may be disproportionately hit by environmental degradation. Commissioners include state officials, lawmakers, public health experts, representatives of the business community, and members of the public.

The last time commissioners met was in January, when they spoke with Del. Samuel I. “Sandy” Rosenberg (D-Baltimore City) about his bill that would have required MDE and the commission to identify disadvantaged communities. More importantly, this meeting served as an opportunity for the commission to introduce itself to state lawmakers ― because many legislators did not even know that the commission existed, said Devon Dodson, a senior adviser to Grumbles.

Before that, the commission met in October 2019 to discuss Eastern Shore case studies and outreach plans, but it is unclear if commissioners followed through with those plans. The case studies, on the other hand, lacked the voice of frontline and fenceline communities, said Sacoby Wilson, an associate professor at the University of Maryland School of Public Health.

“If you’re someone who wants to advocate for environmental justice and you look up the commission and find out they haven’t met in a year and can’t find out what action they’ve done, you would be less likely to think of them as someone you could trust,” she said. “It seems a little hollow.”

Mary Ashanti, the president of the Wicomico County Chapter NAACP also called for the commission to be re-chartered. It was “doomed from the beginning,” because it does not have real authority, but rather acts in an advisory capacity to state government agencies, she wrote in The Capital Gazette on Sept. 6.

“The commission should not be put in a corner, far from where real decisions are made,” she wrote. “We need less talk and more action. We need a newly constituted commission, with new voices, fresh perspectives, and authentic representation of impacted communities in order to address ongoing environmental injustice and to help advise the legislature on needed reforms.”

Commissioners themselves also questioned how much authority they have if, for example, a state lawmaker promotes legislation that is in direct conflict with what they had recommended.

“How does that get resolved?” asked Robert Hackman, an engineering consultant who is a “business/public” representative on the commission.

In that case, commissioners could meet with or draft a letter to the sponsor of that legislation, addressing its concerns, Dodson said.

The commission had not met for eight months because the next scheduled meeting for March 24 was cancelled due to the COVID-19 pandemic. The recent national reckoning on race and subsequent calls from advocates served as an impetus to reinvigorate the commission, Dodson said.

Advocates have also expressed concern that a corporate officer of Perdue Farms, a large poultry company based on the Eastern Shore, held a seat as a representative for “affected communities with EJ concerns” while the business seat was vacant.

Stephan Levitsky, the vice president of sustainability of Perdue Farms, got a new job with Perdue while he was acting as a citizen on the commission, Dodson explained.

“It is not the commissioner’s fault nor the commission’s fault that he got different job,” Dodson said. Levitsky will be moved to an appropriate seat as a business representative, he said.

There is no plan to re-charter the commission, but the commission plans to create a roadmap of action items and produce annual reports that are not only a compilation of meeting minutes, as advocates described it, but will also include policy recommendations on environmental justice issues to the General Assembly and the governor, Dodson said.

One of the biggest historic challenges for the commission is figuring out how to best identify environmental justice communities, Dodson told commissioners Tuesday. Some residents in Brandywine, a Prince George’s County community that is majority-Black and the home of five gas-fired power plants, do not want to be identified as an environmental justice community because their property values would fall, Dodson said. At the same time, community members are missing out on vital services and opportunities they might be eligible for if there was a formal designation.

Grumbles says he hopes to move towards something like New Jersey’s “holy grail” environmental justice bill that was signed into law last week, which requires the state Department of Environmental Protection to deny permits for power plants, landfills and other energy installations in disadvantaged communities if they pose health and environmental risks.

“Traditionally, these entities fail because of a lack of consistent public engagement in response. Meaningful public engagement means that there is not only a meeting in place, but also mechanisms to take that input and put it into action,” she said.

“They [affected communities] are the best advocates. Their homes are at stake, and it’s paternalistic to develop solutions that don’t involve their input or consent.”