The more things change, the more they stay the same.

In the 1960s the construction of Interstate 495 cut through the heart of many communities of color and low-income communities without consideration of their existence, their survival or their character and caused them great harm. Here we are, 60 years later and the Hogan administration is doing the same thing with its I-495 highway widening project.

When I-495 was constructed, it split the Gibson Grove community in my district. The highway was constructed between the Gibson Grove AME Zion Church and its sister institutions, the Moses Hall and the Moses Cemetery, which had served their parishioners since the late 19th century. Think about that: the state built a highway between a church and its cemetery, right in the middle of a community.

Imagine what that would do to your community. Today, the Hogan administration’s expansion plan would further decimate that community.

The city of Glenarden, a majority Black suburb in Prince George’s County (similar to Tulsa, Okla., with its prosperous Black Wall Street before its destruction in 1921) was also divided by the original placement of I-495, and the character of the city of Glenarden was destroyed. To date, Glenarden has not reclaimed its economic and social position in the region. The Hogan administration’s plan will exacerbate the original damage done to that community.

Unlike 60 years ago, today we have laws that specifically require an environmental justice analysis – that is, taking into account the impact the project will have on certain marginalized communities, including people of color and those with low incomes. And we are living in a time of reckoning – a time when we are seeing the results of policies and practices that have disproportionately affected communities of color and low-income communities.

Why does environmental justice matter?

It matters because leaders have a responsibility to take an honest look at the impact of our actions on those communities that have been devastated by policies and practices before. Without it, we continue to ruin entire communities and the lives of those who live there. 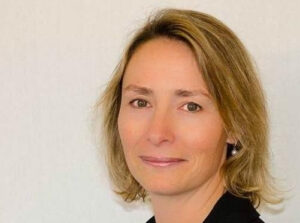 In the case of highways, as Richard Rothstein wrote in “The Color of Law,” “If federal and state highway planners had not used urban interstates to demolish African American neighborhoods and force their residents deeper into urban ghettos, black impoverishment would have lessened, and some displaced families might have accumulated the resources to improve their housing and its location.”

In addition, environmental justice requires leaders to understand how communities of color have been burdened by the placement of waste facilities, lack of transportation, housing, infrastructure, green spaces and more. The result of these actions is poorer air quality, poorer water quality, lack of access to open spaces for physical and mental health, and lack of easy access to fresh food for these communities.

These in turn lead to poorer health, such as elevated rates of asthma, diabetes and cancer. Today we are seeing the result of these original policies in the increased COVID-19 infection rates and deaths among communities of color and low-income communities. There is a direct line from the original policies to the disparate health outcomes.

What the Maryland State Highway Administration should do is evaluate the impact of the highway widening on minority and low-income communities, including their economics and their health, review equitable access to the managed lanes, and then use that information to choose the final design. If, after doing that, minority and low-income communities are still affected, mitigation plans, discussed with the affected communities, must be built into the design.

Instead, the SHA’s approach is to choose its layout, perform a cursory environmental justice analysis in the draft environmental impact study, and suggest that any determination of disproportionately high impacts on communities of color will be addressed later.

The responsibility of the government — and the right thing to do — is not to exacerbate prior injustices, but to reverse them.

The Hogan administration needs to stop its mad dash to widen I-495 at all costs and honestly look at the problems it will cause in communities of color. Then work to fix those problems in the design, not simply shrug them off to deal with at some later point in time.

We’ve done that before. It was wrong then, and it is wrong now.

The writer, a Democrat, is a Maryland House of Delegates member representing District 16 in Montgomery County.