Several years ago, Gov. Larry Hogan unilaterally canceled the Red Line project that had promised to provide the lynchpin to an integrated transit network for Central Maryland and an economic boom to impoverished areas of the city of Baltimore.  In its stead, the Hogan administration repurposed transit funds already appropriated and promoted BaltimoreLink, a redesign of Baltimore’s bus system. Experience has shown that BaltimoreLink, rather than assisting residents, has further delayed job access by transit in the region.

In 2018, the General Assembly mandated that the Maryland Department of Transportation’s Maryland Transit Administration prepare a transit plan for Central Maryland, focusing in particular on the development of transit corridors that might adequately substitute for the loss of the Red Line.

MTA has just published its “Regional Transit Plan for Central Maryland.” Instead of the badly needed, transformative plan called for by the legislation, MTA has produced nothing more than BaltimoreLink 2.0.

First, too many residents, especially those dependent upon public transportation, live far from jobs. The regional transit plan acknowledges that only 40% of the region’s 2.55 million residents are near a transit stop and fully one half of the region’s 1.24 million jobs are not accessible by bus or rail. Proximity to transit is not the whole picture; if a bus comes infrequently, is unreliable or travels too slowly, many jobs are effectively out of reach.

A recent University of Minnesota Accessibility Observatory study showed that 100% of the jobs in the region are accessible to those who own a car and are willing to drive an hour, but only 10% of the jobs are within a one-hour transit commute. And this mismatch is destined to worsen.

According to the transit plan, “by 2045, the region is forecast to grow by nearly 300,000 people and 440,000 jobs. Much of the growth will be in areas not accessible by transit.” In sum, the system today provides grossly inadequate access to jobs for those without a car, and if we do not dramatically improve and extend our transit system, the situation will deteriorate to dire levels.

A related problem is the negative impact the transportation system has on the region’s African-American population. The system has played a major role in creating and continues to reinforce Central Maryland’s pronounced racial segregation. Thousands of the region’s residents – many of them persons of color – are trapped in impoverished neighborhoods, unable to reach jobs or opportunity.

A well-regarded Harvard study has shown that commuting time has emerged as the single strongest factor in the odds of escaping poverty. The longer the average commute in a given location, the lower the chances of low-income families living there moving up the ladder.

The third mega-problem is the current transportation system’s deleterious effect on the environment. The transit plan recognizes that emissions from automobiles now constitute the “largest source of greenhouse gas emissions in the U.S.” The benefits of a better, more widely used transit system are clear.

The fourth major problem is the chronic underinvestment in the region’s transit.

The MDOT/MTA 2019 Capital Needs Inventory found that there will be a $2 billion shortfall over the next 10 years, just to keep the existing transit system in a state of good repair. And this deficit will exist without any investment in new transit. There have been no capital investments in improving and expanding Central Maryland transit for over 20 years. Between 2006 and 2015, there was significant focus on the Red Line project in which the state invested over $200 million. Nine hundred million dollars of federal money was all but secured.

In 2015, without any analysis or debate, the Hogan administration terminated the project, wasting the state’s investment and forfeiting the federal subsidy. Meanwhile, traffic congestion in Central Maryland has increased by 34%, reducing commuters’ productivity and choking the atmosphere with pollution.

MTA’s plan does not even remotely solve any of these problems.

Its principal recommendation is for 30 regional corridors to be improved in unspecified ways. Although the plan does not admit it, the “proposed” corridors in and around Baltimore are in fact the existing bus routes. A comparison of the map of BaltimoreLink with the map of the proposed corridors shows them to be identical, right down to having the same 90-degree turns at exactly the same street intersections. [See Exhibits below].  Rather than proposing a regional network, improvable by fixed transit that would better connect people with existing opportunities, the plan presents a bus improvement program. The plan’s regional corridors bring with them the ineffectiveness and unfairness of Baltimore’s legacy bus system. They do not provide the backbone of a transformative network that would break the cycle of poverty and discrimination created and maintained by today’s system.

The proposed regional corridors are outlined in black where they are identical to an existing bus route. The scale of the map outlines is different, but the overlap, where indicated, is exact. All roads, intersections and landmarks are identical.

These are the published maps of the bus system, BaltimoreLink, and of the proposed regional corridors. The scale of the maps is different.

A key to ending the segregation and isolation of significant parts of Baltimore City, as well as to attracting more transit riders throughout Central Maryland, is to get more people to more opportunities, more quickly and more efficiently.

The transit plan concedes that the residents of Central Maryland have poor transit access to jobs but offers little to alleviate the problem. It uses proximity to a bus stop or transit station and on-time performance as its only metrics and even then, promises limited improvements. In fact, the plan projects a decrease in job access, even after its high-priority corridors are developed. But most importantly, the plan makes no attempt to measure commute time. The plan therefore does nothing to address the unacceptable length of many residents’ trips to jobs.

The plan likewise fails to map out an integrated system, connecting the residents of Central Maryland to each other and to the larger Northeast rail corridor. A key feature of the Red Line was to provide an east-west link, not just to enable riders to move across the city but to provide an integral part — and by no means the last piece — of a transit system for the area. The plan proposes as a substitute a spaghetti like configuration of redundant, circuitous lines, not a network of linear pathways. 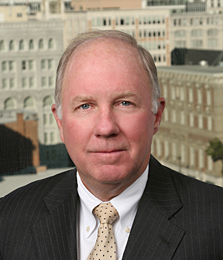 The MTA’s first draft did not even mention racial disparities at all. Only after the commissioners and others objected to this glaring omission, did MTA add the laudable general goals of reducing current or historic disparities, reviewing its service plans through an equity lens and challenging biases in transit policies.

But the plan provides no explanation as to how these goals might be achieved, nor specific strategies that would advance them. The absence of that detail justifies skepticism that MTA will achieve the stated goals, particularly in light of the recently announced 20% overall service reduction in Baltimore bus routes.

Given the enormous disparate impact of this revised service plan, MTA plainly did not apply an effective equity lens to its review of it. Central Maryland’s transit plan should envision, describe and implement with accountability, a system that would end systematic racial discrimination.

Enabling the residents of East Baltimore and West Baltimore to get to jobs and opportunities faster should be a primary focus. But the plan does not even recognize that fundamental objective.

To help avert the impeding environmental disaster we need many more people to use mass transit and many fewer to use automobiles. The surest way to do that is envision a new, fully integrated transit system, that gets people to where they want to go, safely, comfortably and more quickly, to points inside and outside the region.  Wise land use policies, essentially ignored in the transit plan, could significantly promote that goal.

As it is, the plan leaves the region’s environmental crisis unabated.

Perhaps in lieu of a serious discussion of financial solutions, the plan concludes with a section on “Funding and Financing the Plan.” It describes the various means by which transit projects are currently funded but provides no plan or even a recommendation.

There is no recognition of the serious disinvestment over the past 20 years in Central Maryland transit, especially when compared to the greater Washington, D.C., area. Nor is there any reimagining of ways to make an investment that the plan itself touts as something that no well-run business would ever forego: “Every $1 invested in public transit generates $4 in economic returns, every $1 billion invested supports and creates over 50,000 jobs.”

In sum, the plan fails to call for and justify a significant investment that would enable future generations to overcome the challenges of the 21st century, from racial inequity to environmental disaster.

Department’s communications might be suitable for an advocacy group, but not for an impartial public agency.

Opinion: Use Caution. I-495 Toll Lanes Not as Advertised

Marylanders are urged to oppose I-495 toll lane plan. There are no benefits for most residents but obvious financial benefits for a private partner.

Opinion: MDOT’s Road Plan Is Worse Than I Thought

Considering the environmental, human and financial costs of MDOT’s proposed preferred alternative segment on I-270, the toll road project is a gigantic waste of money.