The gruesome murder of George Floyd opened the chasms of Maryland’s complicit history with police brutality.

In the past five years, we’ve witnessed the killings of Freddie Gray and Korryn Gains, while learning about the corrupt behavior of the Gun Trace Task Force, a specialized unit within the Baltimore Police Department that abused citizens under the watchful eye of a consent decree and federal court oversight.

The police killing that most resembles the public execution of Floyd is that of 19-year-old Anton Black of Greensboro, a town on Maryland’s Eastern Shore. In an eerily similar fashion, both unarmed men met their untimely demise due to police-imposed asphyxiation.

Anton’s murder preceded Floyd’s by two years. Sen. Jill P. Carter and Del. Gabriel Acevero sponsored police accountability legislation in Anton’s name. Del. Acevero is a freshman delegate that made the news when his union job fired him for his advocacy on Anton’s Law.

Anton’s Law would create a statewide standard guiding police use of deadly force while requiring the release of information about investigations and complaints against officers for misconduct. For two years, the bill sat in the Senate and House Judiciary committees without a vote. The chairs of those committees dismissed the bill, victims and rogue policing because, after all, the victims are poor and Black.

For Carter, it has become a tradition to name legislation for Black children to humanize them before a body that refuses to recognize their humanity. Phylicia’s Law, passed in 2012, was named for Phylicia Barnes, a teen who went missing and was later found dead. The law improves search efforts for children. Christopher’s Law, passed in 2013, was named for Christopher Brown, a 17-year-old strangled to death by a police officer in Baltimore County. The law mandates increased police training on the use of force and diversity. 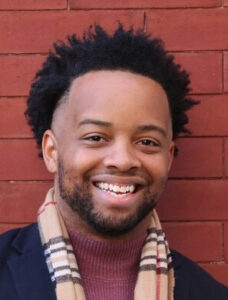 Shaquille Carbon is a program manager at Community Law in Action.

For the record, Sen. Carter is the lone Black woman on the Senate Judicial Proceedings Committee. She’s the only attorney on the committee that practices both civil rights and criminal defense law.

So anyway, here’s the point: the Maryland legislature has an appalling record on police reform.

The Senate could have taken a bold stance in 2020 with the Carter-sponsored SB 593, which produces equity when interrogating children. In 2019, Netflix released the Ava DuVernay directed mini-series “When They See Us” which follows the story of the exonerated five who in the 1980s were children who were coerced into confessing to heinous crimes they did not commit during interrogations. Notably, they had no counsel present and many of the parents were not notified. SB 593 requires parental notification of and bars interrogation until the minor has consulted with an attorney.

Fifteen years ago, Sen. Carter’s advocacy busted the Baltimore Police Department’s “knocker” division. A new delegate and seasoned attorney, she received a phone call from a friend seeking pro-bono advice. She inquired about the experience that led him behind a holding cell, she wanted to know what her friend, whom she met in law school, had done. She inquired about the charges only to find none existed. An oddity in proper policing practice, she requested arrest data that revealed that 750,000 arrests were made over seven years by the department, at least 250,000 of which were illegal. In scope, Baltimore at the time had nearly 630,000 residents. Insomuch, more illegal arrests were made than an entire third of the city’s population.

Carter’s advocacy against the greatest undiscussed human rights violation in modern history would lead her to be a notorious loner within her own party. She spent a year collecting interviews while her political colleagues abhorred her for exposing the reality of then-mayor Martin O’Malley.

Chair of the Baltimore NAACP Legal Redress Committee, Carter held hearings with local community leaders. This continued until the ACLU filed a lawsuit in which Carter demanded the NAACP be co-plaintiffs on the case.

Had we listened to then-Del. Carter 15 years ago, we could have avoided countless deaths by police, millions in payouts to victims and years of corruption.

In recognizing that Black women are the party’s most loyal base, groups lobbied Joe Biden to choose a Black woman as his running mate. The recent nomination of U.S. Sen. Kamala Harris as vice president on the Democratic ticket is evidence of the party finally listening to its most loyal base.

Malcolm X said, “Black women are the most disrespected group in America.” Well, now is the time to hear them and hear them well.

The writer is the program manager at Community Law in Action.

Black’s 2018 death became a flash point for the police reform movement in Maryland.