Destructive partisanship in our politics will continue its march and will alternatively deter or consume many of our best and brightest unless we elect and appoint more true partisans.

Yes, you read that correctly.

We need more true partisans in government who genuinely want to advance the causes they claim to stand for, not just posture and bicker about them for public consumption and their own political posterity.

Those who want to posture and bicker to gain public approval are demonstrably not true partisans because the constituency they respond to most consistently is the combination of the loud inner voices of their own personal insecurities coupled with the surface noise of the vocal interest groups, citizens, and demanding talk show hosts that feed on the need of these weak leaders for partisan approval. 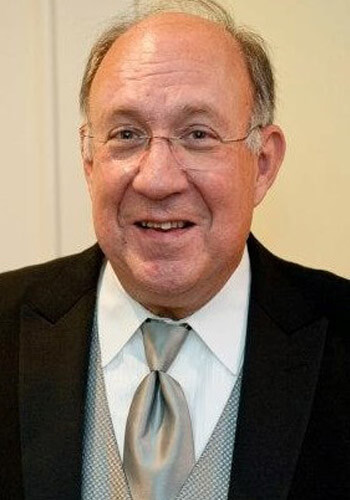 Witness the current on again/off again “negotiations” of “congressional leaders” who can’t even agree among themselves, and an administration that sends as its “negotiators” a chief of staff whose history is as a political bomb thrower, and a Treasury secretary who is never sure if his boss, the president, will support his negotiating position.

These weak leaders have neither the strength of character nor the trust and confidence of the people whom they claim to represent. Both are necessary to negotiate with true partisans on the other side of an issue.

Lacking that essential level of confidence in their own ability as well as the trust of their partisan constituents, both of which are necessary to effectively negotiate with their adversaries on any important and complex issue, they inevitably choose not to seriously engage in difficult, intense and often long substantive negotiations all the while blaming the lack of progress on these issues on “excessive partisanship” and on their ideological adversaries having “too much power and influence.”

This so-called explanation actually explains nothing. Competing ideas, strong interest groups and demanding citizens are not the problem. Our country’s history illustrates that many times over, starting with the framers of our Declaration of Independence and our Constitution. Each of them fought for the most powerful interests in his home state. They also waged fierce ideological battles.

The difference is, as fellow mediators Sol Erdman, president of the Center For Collaborative Democracy, and Lawrence Susskind, director of the MIT and Harvard Public Disputes Resolution Program, point out in their book, “The Cure,” that those leaders knew that if they genuinely wanted to advance the causes they claimed to stand for, they would have to negotiate enduring agreements with their ideological opposites and they did.

Furthermore, unlike so many of their more timid successors today, they had the courage to do so. That courage emanated from their innate confidence in their own ability to articulate the basis for their negotiating position to their partisan constituents and to convince them of the wisdom of moving their cause forward in the only way possible in a representative democracy — negotiation.

When leaders do this as is illustrated throughout not only our history but world history, they effectively tie their personal political future to their success in convincing their constituents that they have gotten everything they could for them and that the agreement reached is fair, responsible, and most importantly in their interest. In order to do that, these leaders have to come to the table with the basic trust and confidence of their constituents. In other words, we have to choose the right leaders.

Perhaps the classic illustration of that most important proposition is the example cited by Sol Erdman and Lawrence Susskind – the repeal of apartheid in South Africa. “What made it happen were the two negotiators: F.W. De Klerk and Nelson Mandela, South Africa’s white supremacist prime minister meeting face-to-face with the hero of most black South Africans. Both men knew that if they struck a deal that made sense to them each one could sell it to his own camp, which they did. De Klerk persuaded most whites that they had to make peace with the ever more militant black majority. Meanwhile, Mandela convinced most blacks that to gain equality they had to guarantee the then- entrenched white minority some power in future governments. Who else could have negotiated a deal that nearly every South African would abide by?”

So how do we choose the right leaders? Erdman and Susskind suggest that we start by recognizing that there are a handful of people who have a high public profile on any large issue that brings heightened and widespread credibility. We bring them together. Everyone accepts the reality that every negotiator is pulled in two directions.

As Erdman and Susskind point out, “Each one wants the most benefits for his or her own side yet each one wants the other parties to contribute toward a solution. And to make that happen, a negotiator has to cooperate with his supposed enemies. Nearly every representative struggle to find the right balance between cooperating with his or her opponents and grabbing all he can for his own camp.”

How does a negotiator determine what constitutes the “right balance”? Erdman and Susskind acknowledge there’s no magic formula and then follow with a suggestion that reveals their profession and the bias which accompanies it. They suggest that a Neutral Facilitator run all the meetings the Neutral Facilitator or Mediator can, then “coax anyone who gets too demanding.” That suggests the Mediator- Facilitator would use the “facilitative” or even a subtly “evaluative” technique of Mediation.

Does this guarantee that a deal will result? No, but it beats the alternative we watch on the news every day and it illustrates what two very diverse political figures of the second half of the last century poignantly noted based on their very different history and constituents.

Adlai Stevenson in 1952 said, “It is often easier to fight for principles than to live up to them.” Perhaps that is because as Ronald Reagan noted some 32 years later on April 11, 1984, “I’ve always believed that a lot of trouble in the world would disappear if we were talking to each other instead of about each other.”