Home COVID-19 in Maryland Everything You Wanted to Know About General Election Voting in Md., But...
Facebook
Twitter
Email
Print

The 2020 presidential general election will be unprecedented in many ways. From mail-in ballot applications to voting center shakeups, here’s what you need to know as Nov. 3 looms:


How can I register to vote for the Nov. 3 election?

You can register to vote online, or you can submit a voter registration form to your local board of elections or the State Board of Elections.

The deadline to register to vote in the Nov. 3 general election is Oct. 13.

You’re eligible to register to vote in Maryland if you’re a U.S. citizen, Maryland resident and at least 16 years old, although you won’t be able to vote unless you will be at least 18 years old by the next general election.

How can I tell who’s on my ballot?

You can view a sample ballot via Maryland’s online voter lookup system. You can find out more about the candidates on your ballot and local elected officials by searching Ballotpedia, a nonprofit, nonpartisan online political encyclopedia.

Will I automatically receive a mail-in ballot?

Where can I apply for a mail-in ballot?

You can apply for a mail-in ballot online if you have a Maryland Driver’s License or state-issued identification card. If you are registered to vote, you are also set to receive a ballot application in the mail. You can complete and return that application by mail for free, or fill out the form at your local board of elections. Many local boards have closed to the public due to the coronavirus pandemic, so be sure to contact your local board before attempting to apply in person.

If you applied online and still received a mailed application form, you may not have to return it. You can check your application status via Maryland’s online voter lookup system.

Can I request an emailed ballot?

You may choose to have your ballot delivered to you electronically, although you will have to print and return the ballot.

State Board of Elections members have asked that Marylanders use mailed ballots instead of ones printed at home. Ballots printed at home need to be hand-copied by a bipartisan team of election judges onto official forms that can be processed by the state’s voting machines, officials say, delaying election results.

How will I receive an emailed ballot?

Expect an email from an address starting with “absentee” and ending with “@marylandelections.us” There will also be a number in the email address, followed by “.sbe”

Will my ballot and application postage be paid for?

Yes — unless you request your ballot be delivered to you electronically, which requires you to print it at home.

Postage on ballots and applications will be paid for by the state and local boards, although election officials recently requested that the state foot the bill for all of the postage to take the burden off of local boards. That issue has yet to be resolved.

What’s the deadline to apply for a mail-in ballot?

The deadline to apply for a mail-in ballot for the Nov. 3 election is Oct. 20.

When will I receive my ballot application?

Ballot applications are already being sent to registered voters. If you applied online or already returned your mail-in ballot request form, you can check the status of your application online using the voter lookup system.

When will I get my ballot after I apply?

Ballot printing began on Sept. 3, and Maryland election officials hope to get the first ballots to voters by the end of September. The deadline to apply for a mail-in ballot is Oct. 20, and you’ll be able to track your ballot via the state’s online voter lookup system.

If you applied online and still received a mailed application form, you may not have to return it. Your application status will be shown as “received” in the online voter lookup system once the application is processed.

Deputy Election Administrator Nikki Charlson noted that mail-in voting, which state officials called absentee voting up until this year, has been around in Maryland for decades. She said state officials have “very mature” procedures for tracking mail-in ballots, and use constant audits to ensure mail-in ballots are counted and processed correctly.

Charlson also said ballot drop-off boxes, which will be deployed across Maryland in the coming months, are made from 400 pounds of galvanized steel and are under 24-hour surveillance.

The amount of fraud in mail-in elections is miniscule: A Washington Post analysis of mail-in elections found just 372 possible cases of voter fraud out of about 14.6 million votes cast by mail in the 2016 and 2018 general elections — a rate of about 0.0025%.

Can I track my mail-in ballot?

You’ll be able to track your ballot’s status through Maryland’s online voter lookup system. You can also use the Postal Service tracking number to see the status of your ballot’s delivery.

If you choose to return a ballot by mail, you’ll need to make sure your envelope is postmarked on or before Nov. 3. Your ballot must be received by your local board of elections by 10 a.m. on Nov. 13.

Will the Postal Service be able to deliver my ballot in time?

“They’re trying to make it harder for people to vote,” Cardin said. “That’s unconscionable in a democracy.”

State Board of Elections Chairman Michael R. Cogan (R) said at an Aug. 19 board meeting that he has full confidence that postal workers will step up to ensure a smooth November election.

“The United States Postal Service was terrific in their service in the June election,” Cogan said. “They worked extremely hard to support us, and to ensure that things got done. There’s no reason to expect that we will not see the same level of service in November.”

Postal workers have likewise urged the public to “keep the faith” and support the Postal Service as the Nov. 3 election looms. Charlson said election staff are working closely with the Postal Service, but urged voters to submit their mail-in ballots as early as possible to avoid delays.

How else can I turn in my mail-in ballot?

Election officials will begin deploying roughly 280 ballot drop-off boxes across the state in September. A map of boxes, color-coded by county, is available here.

You can also hand-deliver your mail-in ballot to your local board of elections by 8 p.m. on Nov 3. Or you can drop off your ballot at an early voting center, an Election Day vote center or a polling place by the time the polls close.

Can I vote in person?

Yes, but it won’t look like a traditional polling location. Hogan recently approved a State Board of Elections plan to open larger, limited in-person voting centers on election day. There will be more than voting centers open across the state for the Nov. 3 election.

Maryland’s roughly 80 early voting centers will also be open for the upcoming election. Early voting in Maryland will take place between Oct. 26 and Nov. 2, state election officials decided at an Aug. 12 meeting. Those centers will remain open on Election Day.

Early voting and Election Day voting centers will be open from 7 a.m. to 8 p.m., and voters waiting in line at 8 p.m., when polls are supposed to close, will still be allowed to vote.

If I requested a mail-in ballot, can I change my mind and vote in person?

Where is my polling place?

A list of voting centers for early voting and Election Day will be linked here as soon as locations are finalized. Local boards of elections are still working to nail down locations for the Nov. 3 election.

Voting centers don’t operate like precincts, and you won’t need to go to a specific location to cast your ballot ― as long as the one you visit is in the jurisdiction where you reside.

Should I go to the polling center on my voter registration card?

Some voter registration cards might contain an outdated polling place. Election officials are still in the process of approving early voting and Election Day voting centers, and you’ll soon be able to check those locations online.

Sen. Cheryl C. Kagan (D-Montgomery County) said she received a card that listed her November polling locations as the Julius West Middle School in Rockville. That school won’t be used as a voting center in the upcoming election, according to Montgomery County’s recently-approved plan. Kagan said some of her constituents also received outdated information on their voter registration cards.

You’ll be able to go to any voting center in your area to cast your ballot, as they aren’t precinct-level locations.

What precautions are in-person voting centers taking to keep voters, poll workers and other visitors healthy?

Charlson said voting centers will be incorporating social distancing measures for the November election. Voters will be more spread out, and election judges will be provided with personal protective equipment.

How do I sign up to be an election judge?

You can sign up to be an election judge online. The position is paid, and you must be a registered voter to qualify.

You must also be physically and mentally able to work at least a 15-hour day, be willing to work outside your home precincts, be able to sit or stand for an extended period and be able to speak, read and write English.

Election judges must be at least 16 years old, although if you are 16 you will need permission from a parent or guardian.

Local boards of elections faced a massive shortage of election judges prior to the switch to voting centers, and there are still vacant positions throughout the state.

Will all of the results be up on election night?

Charlson said voters shouldn’t expect a traditional election night. Like the June primary, Charlson said it may take some time before winners can be declared. She said election officials will release the results from early voting, and the results of already-counted mail-in ballots, when the polls close at 8 p.m. on Election Day.

When will mail-in ballots be counted?

Maryland Election officials will start processing ballots on Oct. 1. You need to postmark your ballot by Nov. 3, and it needs to arrive at your local board of elections by Nov. 13 for it to count.

Have a question that still needs to be answered? Let us know at [email protected]

Editor’s Note: This story will be updated as election details are solidified. The most recent updates were made on Sept. 24. 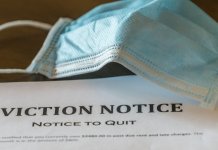