A 30-minute session of the Wicomico County Council Friday evening yielded a majority consensus — without a formal vote — to restart the search for a new county executive, derailed earlier in the week when the council’s initial choice to fill the job, Dr. Rene Desmarais, declined it amid intense political blowback.

The council’s move reopens the application process for those interested in filling the vacancy. The new round of applications are due Sept. 14, five days after the original Sept. 9 deadline for appointing a successor to the prior county executive, Robert L. “Bob” Culver — who died of liver cancer on July 26.

It remains unclear how soon after Sept. 14 that a second try at appointing a new county executive might come. Because Culver was a Republican, the council — notwithstanding that three of its seven members are Democrats — is required to appoint a Republican to succeed him.

Meanwhile, Del. Carl L. Anderton Jr. (R-Lower Shore) — whose prior bid for the appointment was stymied earlier this month when he fell one vote short of a council majority — said this weekend he plans to reapply for the post.

“I’m listening to my neighbors, and I’ve got to tell you that the overwhelming response from this county is that they want me to reapply,” he said in a telephone interview.

Nonetheless, based on the often tense verbal exchanges during Friday’s council session, there was no immediate indication that any of the three Republicans and one Democrat who voted against appointing Anderton at an Aug. 20 special council meeting were ready to change their minds. Asked whether he was optimistic that he could attract an additional council member necessary for a majority, Anderton replied: “I’m just doing what the community has asked me to do — it would be nice if other elected officials would also do that.”

Ultimately, it may take the 2022 election to resolve the jockeying for leadership in the Eastern Shore’s most populous county.

Anderton has left the door open to runnning for the job then if he is not appointed in the interim. 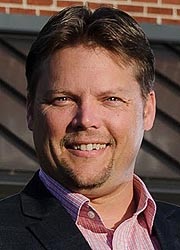 “Based on this past week, I’ve had literally thousands of residents in this county reach out to me asking me to reapply or to be county executive by running for the office,” he said. “To me, the greatest blessing in all this is just to see that [my] neighbors and the county residents feel that I would be a good choice.”

The decision Friday to reopen the application process was supported by four council members — President Larry W. Dodd (R), Nicole Acle (R), Joseph B. Holloway (R) and Ernest F. Davis (D) — who a week earlier had voted against naming Anderton as Wicomico’s third county executive since the job was established in 2006. They instead voted on Aug. 20 in favor of Desmarais, a local cardiologist whose political experience was limited to an unsuccessful 2014 bid for House of Delegates.

Desmarais subsequently declined the county executive appointment four days after it was offered to him, amid controversy not only over his selection but also the process used by the council to arrive at it.

None of the four council members who have opposed Anderton’s appointment have publicly discussed their reasons for doing so. Sources in the county’s various political camps have offered explanations ranging from personality and stylistic differences with the often colorful two-term state legislator to some council members eyeing the executive’s job for themselves and not wanting to have take on Anderton as an incumbent.

There is a consensus among multiple sources that Anderton’s record of reaching across the political aisle has not sat well with some Republicans in his home county. Earlier this year, he cooperated with Jacob Day, the Democratic mayor of Salisbury — Wicomico’s largest city — to introduce legislation to give the city control over issuance of liquor permits. Anderton defended the measure as a matter of local control but — before a compromise was reached — county officials complained that the bill could cost the county government a significant amount of revenue.

The three council members supporting Anderton’s appointment — Republican John T. Cannon and Democrats Joshua A. Hastings and William R. McCain — Friday argued against reopening the application process. Instead, they sought to push for a vote between the two remaining applicants in the initial process — Anderton and former county finance director Michele C. Ennis — in the apparent hope of garnering a needed majority for Anderton.

“Taking Dr. Desmarais out [of the running for executive], isn’t it possible…that some of the members of the council who originally didn’t vote for Mr. Anderton because they wanted to vote for Dr. Desmarais might now have a change of heart and want to vote for Carl Anderton?” asked Cannon, while acknowledging, “I don’t know because we haven’t had that discussion yet.”

But when McCain sought to echo Cannon’s point, declaring, “[There are] two qualified candidates that we still have,” he was rebuked by Holloway.

“You don’t have four votes, Bill,” Holloway told him. “How do you know that, Joe?” McCain shot back.

An acting exec for 2 more years?

Given the county’s discordant political environment — and attendant concerns about attracting additional applicants for the executive’s post — sources said that some council members have broached the idea of having the county’s director of administration, John Psota — acting county executive since Culver’s death — continue in that role for the next couple of years.

Psota was named director of administration less than two months before Culver’s died, but previously spent six years as city manager of the Wicomico County municipality of Fruitland. His annual salary of $120,000 as county administrator is $35,000 more than the $85,000 paid to the county executive — the latter the lowest salary among the nine counties in the state with a county executive form of charter government.

One potential candidate reportedly being encouraged to apply by some council members is Robin Holloway (no relation to Joseph Holloway), who served for 10 years as a member of the Wicomico County Board of Education, and is a former president of that body. But Robin Holloway, whose family operates funeral homes in both Salisbury and neighboring Worcester County, said in a phone interview that “while I have expressed interest and have listened and watched, I am leaning toward not applying” for the vacant executive post.

Said Joseph Holloway, “Hopefully we will get one or two or three or four” more applicants for the job. While moving successfully to reopen the application process, Holloway pointedly observed, “My own personal feeling is that I don’t know why anybody would want to put themselves through this, what with the actions that some folks have taken in the past few weeks.”

Referring to Desmarais, Holloway added, “It was unfortunate that the candidate that was picked decided he would withdraw his name under a lot of stress – and, unfortunately, under a lot of things said about him and his family that should not have been said.” Holloway did not elaborate.

Holloway himself – a strong conservative now in his fourth term on the council — was among four applicants for the executive’s post in the first round that closed on Aug. 11. But he withdrew his candidacy amid legal research by attorneys for the county and the council that the prospect of council members supporting a colleague for the post raised potential ethical and conflict-of-interest issues.

That legal opinion is among several takeaways from the recent Wicomico experience that could have future implications for other Maryland counties that currently have a county executive form of charter government.

Following Holloway’s withdrawal from the appointment process, the council conducted public interviews with Anderton, Desmarais and Ennis on Aug. 20 before selecting Desmarais. Ennis received no support in the subsequent council voting; a year earlier, her nomination as finance director had been rejected by the council amid a dispute between the council and Culver over the appointment powers contained in the county charter.

Desmarais was voted upon by the council before the public had a chance to weigh in on the selection process – prompting Hastings to suggest a greater public role in commenting on the forthcoming round of applications.

“Among the well over 100 emails and texts and messages I got in support of Mr. Anderton, I did also get numerous folks who were reaching out who didn’t feel the process that we went through was as helpful as it could be,” Hastings told his colleagues. “The public did not have an opportunity to ask any questions or…to submit questions. Let’s revamp it and make it a better process so that there’s more public participation.”

“It’s not in the charter to have a public input session, but I’m agreeing that we can do that,” said Dodd, in a rare point of accord Friday among the two warring factions. The new Sept. 14 application deadline was scheduled to fall a day prior to a regularly scheduled council meeting on Sept. 15 — when such a public comment session might take place.