Housing advocates in Baltimore were taken aback by the sudden dismissal of the city’s housing commissioner last week — and some say the shakeup could hurt vulnerable residents in the midst of the pandemic.

Mayor Bernard C. “Jack” Young (D) fired Michael Braverman, a longtime city employee who’d headed up Baltimore’s Department of Housing and Community Development since June of 2017, last Friday. Braverman’s abrupt dismissal came as a shock to many — including Braverman himself. 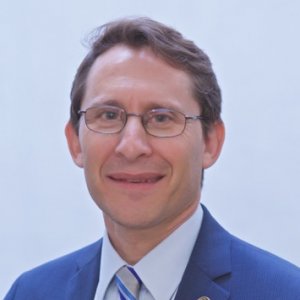 Braverman told The Baltimore Sun that his termination came as a “complete surprise,” and was only told that city officials wanted to go in a different direction. Young spokesman James Bentley declined to elaborate on the commissioner’s matter when reached by Maryland Matters, saying officials do not discuss “personnel decisions.”

Braverman’s deputy, Alice Kennedy, took over as acting commissioner after his ouster. He earned $201,869 last year, according to the city’s public pay data.

Odette Ramos, the longtime director of the Community Development Network of Maryland and the Democratic nominee for Baltimore City Council’s 14th District seat, said she was surprised that the lame-duck mayor made such an abrupt switch. Young was voted out by an overwhelming margin in the city’s June 2 primary, and his term will expire in the winter.

“When an administration turns over, you expect turnover,” Ramos said. “But I don’t think anybody expected turnover this soon, because we don’t have a new mayor yet. So that was kind of a shock.”

Ramos said she’s confident that Kennedy will be able to continue the major projects Braverman’s department was leading. Some of those are ongoing in Ramos’ district, including the demolition of derelict homes in Coldstream-Homestead-Montebello to make way for a new development.

Braverman previously pledged a $50 million project to demolish more than 2,000 vacant buildings across the city by this summer. Prior to the mass demolitions, the number of vacant houses in Baltimore remained mostly flat for nearly a decade.

Minister Glenn Isaac Smith, a board member of the Coppin Heights Community Development Corporation, said he was shocked by the news of Braverman’s departure. He said the city made real progress during the commissioner’s tenure.

Smith said he was assured by officials during a Monday conference call that the DHCD would continue with its current projects, and said he hopes the city will hire someone with a deep understanding of Baltimore and its neighborhoods to replace Braverman.

Claudia Wilson Randall, who is set to replace Ramos as head of the Community Development Network, said Braverman’s dismissal was “another wave of chaos theory” for the city. She warned that replacing Baltimore’s top housing official during the pandemic could have unintended consequences.

“There’s this constant sea change and roulette wheel of leadership in Baltimore, and that makes things even tougher in an already difficult environment,” Wilson Randall said. “We’ve been talking about 16,000 vacancies for the last 15 to 20 years.”

Wilson Randall warned that Braverman’s dismissal comes as a tidal wave of eviction filings looms across the United States. A federal moratorium on evictions expired last month, and a stay on failure to pay rent eviction cases in Maryland is set to expire on Aug. 31.

Recent estimates from Stout, a Chicago-based consulting firm, show roughly 274,000 households in Maryland have lost income and are at risk of eviction. Affordable housing advocates have warned that Gov. Lawrence J. Hogan Jr.’s (R) own moratorium on evictions provides only limited protection to tenants who can prove their financial hardship was caused by the COVID-19 pandemic.

Baltimore in particular has a large amount of high-risk, cost-burdened renters, according to data from the Urban Institute.

“It’s an incredibly challenging moment, where a lot of things are very fragile,” Wilson Randall said. “We’re on the brink of an eviction and rental crisis in the city of Baltimore. That’s going to be followed by a foreclosure crisis.”

Baltimore’s housing situation remains dire: The city’s real estate market recently ranked among the worst in the nation. Homeownership, particularly among Black residents, has plummeted in the city over recent decades, according to a recent Abell Foundation report.

That report found that the homeownership rate in Baltimore City fell from 51% to 47% from 2007 to 2017, and the Black homeownership rate sank from 45% to 42%. New listings in the city fell dramatically in the early days of the coronavirus pandemic.

Still, some advocates say they saw progress under Braverman’s leadership — and that they expect progress to continue under Kennedy. Dan Ellis, the executive director at Neighborhood Housing Services of Baltimore, said he hopes Braverman’s dismissal will have little effect on the city’s ongoing projects.

“I don’t expect that the projects that we have that are in the pipeline are going to be adversely affected,” Ellis said. “Not that that means we’re glad that the commissioner is gone, because we’re not. But it does mean that the projects are not dependent upon one person. Good projects are supported across the board, by the department and by the city.”

Ellis noted that the DHCD changed “radically” during Braverman’s tenure, including its split from the public housing authority, and said he hopes the city’s support will continue under Kennedy.

“We don’t vote on who we get to work with,” Ellis said. “We’re willing to work with whomever. But we do want support from the city, and we’ve received that under Commissioner Braverman. We expect that to continue under Acting Commissioner Kennedy.”