That was sneaky of state Sen. Clarence K. Lam (D-Howard)  to bring Steve Crim into the conversation.

Lam, a frequent critic of Hogan administration personnel practices, presided over a hearing Tuesday that can only be described as one of the political low points of Republican Gov. Lawrence J. Hogan’s 5 1/2-year tenure.

More on Crim in a few minutes.

Officially, this was a hearing of the legislature’s Joint Committee on Fair Practices and State Personnel Oversight, probing recent news that Roy McGrath, a longtime Hogan political hand, received a quarter-million-dollar “severance package” when he stepped down as director of the Maryland Environmental Service in May to become the governor’s chief of staff. There was plenty to uncover and discuss.

But Lam, along with his co-chairman, Del. Erek L. Barron (D-Prince George’s) and others — notably Del. Marc Korman (D-Montgomery) — started poking around the edges of the administration’s broader personnel record, one marked by secrecy and larded with good old-fashioned political patronage.

So much for the governor who was going to change Maryland.

At a minimum, Tuesday’s hearing was a disaster for McGrath, who resigned last week, in order, he said, not to distract from Hogan’s important work combating the COVID-19 crisis. But McGrath has not faded away quietly, which would seem advisable under the circumstances. 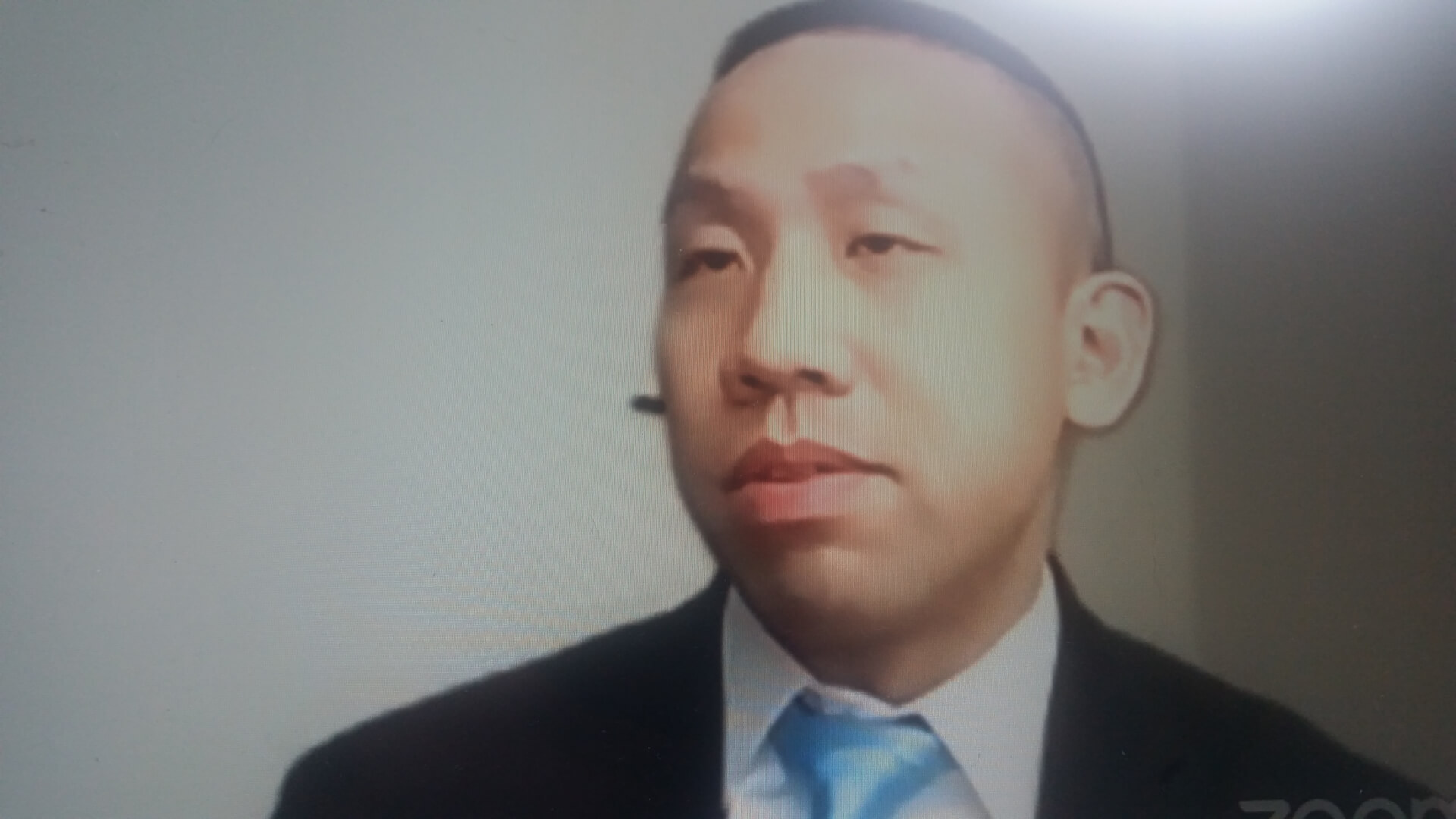 What emerged from Tuesday’s three-hour hearing is that McGrath, as he was preparing to leave MES to become Hogan’s top staffer, negotiated a handsome settlement for himself. Then, when MES board members and colleagues asked whether this so-called severance was approved by Hogan or other high-ranking members of his administration, McGrath assured them that it was.

Joseph F. Snee Jr., an MES board member, said he and his colleagues would not have OK’d the payment without these assurances. “We took Mr. McGrath at his word,” he said.

Whether Hogan actually knew about it was unclear during Tuesday’s hearing. In a statement issued less than two hours before the committee was set to meet, Hogan said he “did not approve, recommend, or have any involvement whatsoever in any of these decisions” that led to McGrath’s generous payment.

Regardless of what Hogan knew and when he knew it, MES officials were loath to turn down McGrath’s severance, fearful that doing so would incur the wrath of Hogan or other powerful administration officials (like McGrath).

“When Mr. McGrath asked for this, quite frankly we were caught between a rock and a hard place,” said William B.C. Addison Jr., a member of the MES board.

MES is one of those strange government agencies where it’s easy to lose the thread over how it works, who’s in charge, and who’s accountable if something goes wrong. What’s abundantly clear is that McGrath took advantage of the system for his own benefit.

His statement, in a defensive and comically self-serving Baltimore Sun op-ed the other day, that he may not have agreed to such a generous payout if he had known the full depths of the state’s economic troubles due to COVID-19, was laughable. And his observation that MES is a private corporation, untethered to state rules and budgets, is belied by the fact that by the agency’s own accounting, 95% of its budget comes from state, local and federal government contracts. What’s more, Charles Glass, the man who took over MES from McGrath, told the legislators Tuesday, “I am a state employee and I am not leading a private business.”

So McGrath has pocketed this very nice settlement. He can lick his wounds and take his umbrage to the private sector, where he is certain to have a very nice landing — unless some enterprising prosecutor takes an interest in this case. Multiple government audits of MES are now underway — including one ordered up by Hogan Tuesday, which will be conducted by the Maryland Department of Budget and Management.

Several MES board members Tuesday expressed surprise that McGrath used his official post to seek reimbursement for so many out-of-town trips during his 3 1/2 years heading MES — including travel to Italy and Israel.

Which brings us back to Steve Crim.

One of the receipts McGrath submitted for reimbursement as he was leaving MES and preparing to head to Hogan’s office was for a meal with Crim.

Speaking of old political hands, they don’t come much older than Crim. He helped Hogan create Change Maryland, the advocacy group Hogan set up to poke former Democratic Gov. Martin J. O’Malley that morphed into Hogan’s campaign operation, and he then ran Hogan’s 2014 campaign. He snagged a high-level government job in the early days of the Hogan administration but wound up leaving in 2016, rather unceremoniously, for reasons that were never altogether clear.

Crim hardly went hungry in the intervening years, which included a stint in 2018 as campaign manager for Neil Simon, the free-spending independent candidate for U.S. Senate. But he remained in close contact with Hogan and the people in the governor’s political orbit and was reeled back in with a $154,000 a year job at the Department of Budget and Management a couple of months ago — just as state revenues started to bottom out.

Maybe Crim has hidden budgetary skills that no one knows about. He may well be over at DBM — in person or virtually — examining numbers, all right. But instead of financial figures, he’s more likely to be studying voter registration, turnout, and election numbers, as a prelude to Hogan’s  desire to jam the Democrats during the next round of congressional and legislative redistricting.

Very few things are likely to animate Hogan as much as redistricting in the 2 1/2 years he has left on the job. So what better way to prepare for a battle than having a trusted lieutenant nearby and on the state payroll? No one has offered any alternative explanation for Crim’s hiring.

For legislative Democrats, McGrath’s severance is of the most immediate concern. But in his opening remarks, Lam mentioned the Crim hiring, and the secrecy surrounding the state Board of Education’s decision to give State Superintendent of Schools Karen B. Salmon, who was planning to retire at the end of June, a 17% raise for sticking around another year and offering continuity during the pandemic. That lack of detail and transparency prompted House Majority Leader Eric G. Luedtke (D-Montgomery) to file a complaint with the state’s Open Meetings Compliance Board.

But if you’re talking about Hogan administration personnel follies, you could also throw in Blue Flame LLC, the politically connected firm that got a lucrative state government contract from Maryland to provide personal protective equipment that it could not fully deliver on, thanks to the company’s political connections to Tiffany Waddell, the state’s top lobbyist in Washington, D.C. There have been crickets out of the administration since that revelation and Waddell seems to have become invisible.

Also a mystery is the recent abrupt departure of Mathew A. Palmer, who was a top Hogan aide and moved out of the State House only a couple of months ago to become chief of staff at the Maryland Department of Commerce. He’s gone from state service altogether.

If there is a thread between all these examples, it’s that Hogan, who has ostensibly turned the daily reins of state government over to Lt. Gov. Boyd K. Rutherford (R), so he can focus on battling the pandemic, seems checked out. He rallies for an occasional partisan skirmish with legislative Democrats — and redistricting could be the biggest of them all — but apart from managing the COVID-19 crisis it has been quite a while since he’s seemed truly engaged in the operations of his own government. In this environment, personnel problems can fester.

If Hogan has a plan for the rest of his term, we don’t know what it is. His recently released autobiography, as we’ve written previously, is more an account of his heroics at key moments than an outline of any kind of governing vision. So if one top aide is enriching himself, if another is leaving under suspicious circumstances, if another is facilitating a sweetheart deal for a firm with no business bidding for a state contract, well, it’s conceivable that more of the same could follow without much oversight.

One can’t help but wonder: What would the founder of Change Maryland say if all this was taking place under Martin O’Malley’s watch?