Earlier this month, the Maryland Department of Health ceased providing free COVID-19 tests to state eldercare facilities, leaving advocates and lawmakers to question how they would be able to cover the additional expense.

Attorney Danna L. Kauffman of Lifespan, a senior care provider network in Maryland, told the House Health and Government Operations Committee Wednesday that the state helped facilities provide weekly testing up until Aug. 14. At that point, each of the state’s 227 nursing homes and 137 assisted living facilities became financially responsible for conducting their own weekly tests, which are mandated by the state.

Maryland Health Secretary Robert R. Neall said he understands the industry’s frustration, but highlighted for the committee several pandemic-induced costs that the state has absorbed.

“We have provided — free of charge — $53 million worth of PPE to the nursing home industry. We tested both employees and residents several times at no cost,” he said. “So I understand the unhappiness and the frustration right now, but I don’t want the committee to feel like we just turned our back on this industry because it was actually the most important thing we did — particularly in the early days — because that’s where the most harm was felt.”

Earlier this month, the state negotiated a deal with the University of Maryland Pathology Associates to distribute tests at a rate of approximately $40 per test. Kauffman said this arrangement was “very exciting for the industry,” but that not all facilities were able to land a contract. Some only found out the state was going to pull its funding two days before it happened.

“At that point, facilities had to pivot and look for alternative contracts,” Kauffman said, noting that some facilities were able to find tests marketed at $75 a pop — almost double the price.

“If you just looked at the nursing facilities, the $40 tests plus the cost associated in administering the test, the weekly cost to the nursing facility industry on average would be about $2.2 million, or roughly $9,700 per facility,” she calculated.

Additionally, these prices are solely representative of the cost for testing employees, and it’s unclear whether health insurers will cover these costs for non-residents.

“Even at the lowest number — at $40 per test — if you’re talking roughly $9,700 — this is an astronomical amount for these facilities to absorb,” Kauffman asserted.

“Going forward, this state must take a look at how we can develop a testing policy that is financially sustainable so we don’t either bankrupt these organizations or have to increase prices … on the assisted living side that make services unaffordable,” she said.

Dennis R. Schrader, chief operating officer and unified area commander for the Maryland Department of Health, said that 29 of 227 nursing homes are currently under contract with the University of Maryland for tests and that he’s anticipating that number will grow in the future.

Where are the tests?

The University of Maryland has one of two contracted labs processing the 500,000 tests Gov. Lawrence J. Hogan Jr. (R) procured from the South Korean company, LabGenomics.

For months, lawmakers have asked where the controversial test kits have been deployed. Schraeder said that so far the state has “burned through” approximately 30% of their supplies between the University of Maryland and Zion labs.

WBAL-TV reported in July that Hogan said the state traded out some of the original South Korean test kits for newer versions.

Del. Brain A. Chisholm (R-Anne Arundel) asked Health Department officials if the older tests “that we showed all over the media” were used at all.

Neither Neall nor Shrader was able to answer.

“How could you not know what tests you’re giving or gave to the lab?” interjected Health and Government Operations Chairwoman Shane E. Pendergrass (D-Howard). “Don’t don’t even know whether the tests were swapped out or they weren’t swapped out?”

“I will try to get the answer for you,” said Neall. “The only thing that I’m saying is that those tests came at a time when the world didn’t have any tests and we were damn glad to get them.”

This isn’t the only time officials from the Department of Health have caught heat from Pendergrass.

Earlier this month, the chairwoman peppered Dr. Jinlene Chan, deputy secretary of public health services for the Maryland Department of Health, with questions surrounding the state’s COVID-19 infection reporting method, citing inconsistencies between what the department reports and what other reputable tracking systems report.

The situation is no different with nursing homes.

Late last month, the Centers for Medicare and Medicaid Services mandated that if a state has a coronavirus positivity rate of 5% or higher, it is required to test all nursing home facility staff weekly.

Pendergrass said that she has her own “math consultants” whose calculations fall more in-line with those statistics reported out on Johns Hopkins’ COVID-19 dashboard.

As of Wednesday, Hopkins was reporting a state positivity rate of 8.9%. The Department of Health’s rate reported 3.35% positivity.

“So my question is, which number would we be using to adhere to the federal mandate?” Pendergrass asked. “Which number are they talking about? The way you do it or the way Hopkins does it?”

Neall defended the department’s method, saying that Hopkins is attempting to make Maryland’s reporting method fit the methods of every other state. 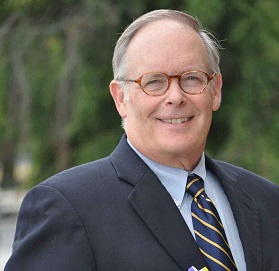 “I don’t know at this point,” Neall replied, “but I would rather use our numbers because I trust our numbers.”

She wasn’t the only one with questions about the state’s reported numbers.

“The number of deaths at the high was, I think, 1,231,” she said. “Today it reports the deaths are 925. I’m not sure that I can trust these numbers. How did the deaths in nursing homes go down?”

Schrader conceded that there have been problems with the department’s data.

“I don’t have the answer for you today, but that’s been a question that we’ve been trying to wrestle with,” he said.

There have been problems statewide with test turnaround rates at commercial labs, with some Marylanders waiting well over a week to receive their results. Schrader said that commercial labs were “out of control,” but have “gotten their act together” in August, noting that the median turnaround time is now two days.

But even two-day wait periods can prove troublesome at eldercare facilities.

Current state policy mandates that if an eldercare facility finds that it has even one positive individual, it must regress back to its stage one resident lockdown.

Kauffman told committee members that one facility’s part-time dishwasher contracted COVID-19, causing every resident to have to be tested and left with no visitors and restricted community activities for 14 days. This individual had no contact with residents or direct-care staff.

Joe DeMattos of the Health Facilities Association of Maryland said that the Centers for Medicare and Medicaid Services is distributing point of care testing devices nationwide to each skilled nursing and rehab center. He told the committee that 23 of Maryland’s facilities have received the machines so far.

DeMattos said that, depending on the volume, these point of care tests can retail as low as $25 to $35 per test, and that each machine can run four tests per hour. He also told the committee it’s unclear if this testing method can be used instead of commercial tests to meet the state’s weekly test mandate.

Schrader told the committee that the state likely will have to rely on this rapid testing, adding that, because of their rates of accuracy, staff may have to be tested twice a week rather than once.

Neall lauded point of care testing as much faster and said that he anticipates wider use of the practice in eldercare facilities and state hospitals and prisons.

“I’m willing to work with the industry to see if we can come up with something suitable, sensible and sustainable because we’re going to be doing this for a while and we’ve got to get the cost down and we’ve got to make it so that so that people can operate these institutions,” he said.

Schraeder said the state will likely begin to see more point of care tests arrive from the federal government in September and October.