Between them they spent 34 years as Republican members of Congress from Maryland.

One represented the toniest enclaves of Potomac, Bethesda, and Chevy Chase, and the high-tech I-270 corridor; the other represented the small towns and vast rural expanse of the Eastern Shore.

But now Constance A. Morella and Wayne T. Gilchrest are united in their support of Democrat Joe Biden’s bid for the White House.

The two are part of a group of more than two dozen former Republican lawmakers whose support for the former vice president was announced on Monday, the first day of this year’s mostly-virtual Republican National Convention. The group was led by former Arizona Sen. Jeff Flake and included ex-Sens. John Warner of Virginia and Gordon Humphrey of New Hampshire.

The timing, analysts said, was intended to undercut enthusiasm for President Trump’s re-election bid among members of his own party.

In an interview, Gilchrest said Biden’s demeanor, experience and intelligence are what the country needs after four years of Trump, whom he described as incompetent. 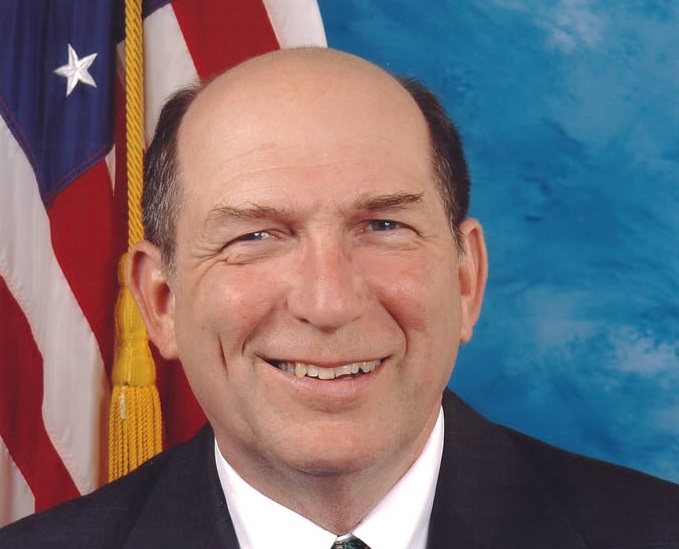 “Given the potential for chaos this election season — the actual election and then the election outcome — there are only a few people, Joe Biden being one, that could calm America down to get on with its own business, which is democracy, and then regain America’s leadership in the world,” he said.

Morella never mentioned the president by name in an interview Monday. But she rattled off a litany of policy failings — withdrawal from the Paris climate accord, the World Health Organization and the Iran nuclear deal, and reversals on environmental regulations.

“I just think we need a change,” she concluded. “I just don’t hold him in the highest regard with regard to integrity.”

She also knocked Trump for a lack of “civility,” respect for others, and honesty. “It’s hard to know what’s true and what’s not. We never used to hear about alternative facts.”

Gilchrest, a former nine-term lawmaker who represented the Eastern Shore until 2009, called Trump a “gross incompetent” who is “out for his own good.” The Biden-Harris ticket, he said, “knows government inside and out.”

“The people that Biden knows are all competent. They’re all well-informed. And they all — perhaps most importantly — have integrity,” he added.

Morella and Biden worked together to pass the Violence Against Women Act in the mid-1990s. When the Montgomery County Family Justice Center honored Morella last year, a letter submitted by Biden was read aloud at the event.

“I know him as a kind man,” the former congresswoman said. “Very thoughtful.”

“I haven’t really seen high respect for women in his [Trump’s] conversations, dialogue, writings, etc. And he’s too prone to name-call.”

Many of the former Republican lawmakers backing Biden are longtime Trump critics. Still, political science professor Todd Eberly said their support could be a factor in a close election.

“Trump won because of 70,000 voters in three states — Wisconsin, Michigan and Pennsylvania,” he said. “That is a tiny margin that needs to shift. So it absolutely can make a difference.”

Gilchrest, a longtime moderate who was defeated by now-Rep. Andrew P. Harris in the 2008 Republican primary, switched parties two years ago. His support for Democrats dates back to 2008, when he came out for then-Sen. Barack Obama (Morella endorsed Hillary Clinton for president four years ago).

Now the director of the Sassafras Environmental Education Center in Kent County, Gilchrest was preparing to meet  with a group of students when a reporter called.

“We’re cutting a whole lot of bamboo to make a compost structure, to instruct kids on compost,” he said. “We’re going to spend the rest of the day cuttin’ bamboo and hauling it back to our site.”

Morella represented Maryland’s 8th District, from 1987 until 2002. A Republican in a county dominated by Democrats who was universally known as “Connie,” she remains a popular figure. She served until the Democrats in the General Assembly gerrymandered her district.

Efforts to reach Maryland Republican Party leaders and staff — some of whom were attending GOP convention events in Charlotte, N.C., on Monday — were not successful.