Maryland election officials want the state to pay for the additional postage for mail-in ballot applications in the November election.

Elections Administrator Linda H. Lamone previously asked state officials for an additional $20 million to conduct the November election, $1.8 million of which was to cover the cost of postage for mail-in ballots and applications.

Lamone noted in her July letter to state officials that the $1.8 million is only half the cost of the return mail for ballots and applications. The local boards of elections pay the full cost of postage, and the state board reimburses them for half the cost.

Republican Gov. Lawrence J. Hogan Jr.’s plan for the general election calls for every registered voter in Maryland to receive an application instead of a mail-in ballot. Applications are expected to be mailed out later this month, with ballots being sent out in mid-to-late September.

Democratic State Board of Elections Vice Chairman Patrick J. Hogan called the governor’s plan for ballot applications an “unfunded mandate,” and said the state should foot the bill for all of the prepaid postage in the upcoming election. The two Hogans are not related.

“When the governor made this decision to mail applications to every voter, I believe it was known to the administration that this would be an additional cost,” Patrick Hogan said.

State board members agreed to ask the Maryland Department of Budget and Management to foot the bill for all of the prepaid postage in the November election, saving local boards the additional cost.

With millions of registered voters in Maryland, the U.S. Postal Service is expected to play a key role in delivering ballots and applications to voters in the coming months. Democratic lawmakers and postal workers this week warned of slowdowns at the postal service, which are reportedly a result of Postmaster General Louis DeJoy’s recent policy changes.

DeJoy, a businessman and campaign donor to President Trump, has no previous experience with the Postal Service. At a Monday news conference in Baltimore, U.S. Sen. Benjamin L. Cardin (D) said Trump and DeJoy are attempting to sabotage the Postal Service before the November election. 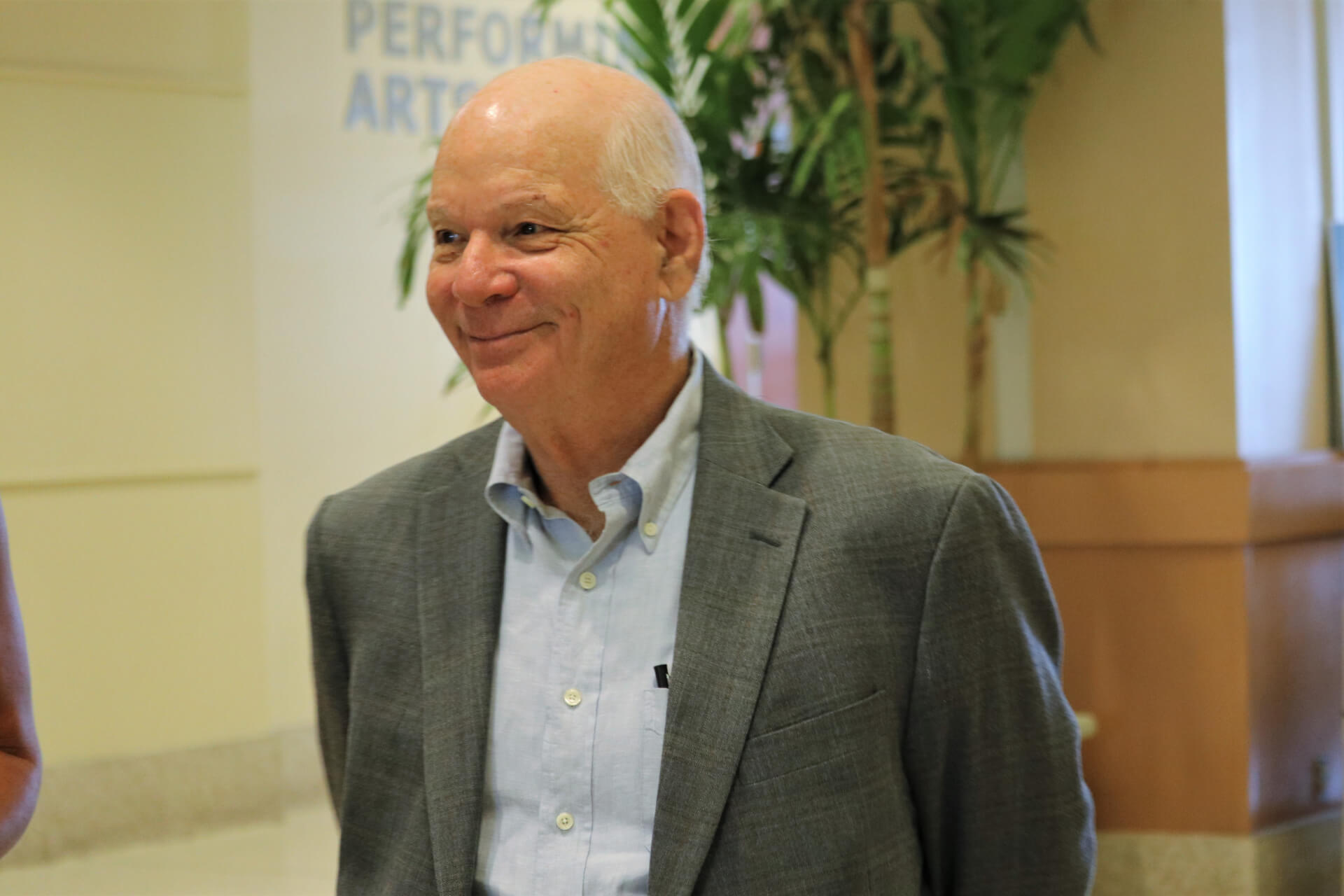 “They’re trying to make it harder for people to vote,” Cardin said. “That’s unconscionable in a democracy.”

While concerns over delayed deliveries and policy changes at the Postal Service have sprung up across the country in recent weeks, State Board of Elections Chairman Michael R. Cogan (R) said he has full confidence that postal workers will step up to ensure a smooth November election.

“The United States Postal Service was terrific in their service in the June election,” Cogan said. “They worked extremely hard to support us, and to ensure that things got done. There’s no reason to expect that we will not see the same level of service in November.”

Although state election officials are asking voters to cast their ballots by mail, they also worry that emailed ballots could cause headaches at local boards of elections. Ballots that are printed at home have to be hand-copied by election staff. Board member Kelley A. Howells (R) said more than 53,000 Marylanders have requested emailed ballots so far, compared to roughly 38,000 in the 2018 general election.

Howells proposed sending voters who requested an emailed ballot a message, which would encourage them to instead request a pre-printed ballot — but Board Member Malcolm L. Funn (D) warned that such a move might send the wrong message to voters. Election officials are currently looking at ways to discourage voters from signing up for emailed ballots.

With ballot deliveries starting in September, board members agreed to move back the canvassing dates for election workers to Oct. 1. Canvassing, which means opening, certifying and tabulating ballots, typically only begins after Election Day. With an overwhelming amount of mail-in ballots expected for the Nov. 3 election, however, officials want to give staff as much time as possible to process ballots.

Cogan blasted some local boards for reports that people trying to sign up to be election judges were told to call back later.

Cogan said he’s heard from a “reliable source” that potential election judges have been “put off or rebuffed” by local boards of elections. Local boards previously raised red flags over massive election judge vacancies across the state, leading Gov. Hogan to sign off on a plan to create larger, limited in-person voting centers on Election Day.

Cogan was incensed by a report from the Maryland Association of Election Officials, which showed some local boards of elections don’t have data on the amount of election judges needed at voting centers in the upcoming election.

Other board members also worried about the lack of data, with Funn noting the board is unable to do its “due diligence” without hard numbers on the number of election judge vacancies across the state. Cogan said he’s considered creating a tip line for people to report when they’ve been turned away as election judges.

“To say this is unacceptable is to express the inadequacy of formal language,” he said.

David Garreis, the President of the Maryland Association of Election Officials, said local boards of elections simply haven’t had enough time to come up with the number of election judges needed at the newly ordered voting centers.

Garreis pointed out that the counties without concrete numbers tended to have more voters, and said many local boards already have their staff stretched thin in the midst of the COVID-19 pandemic.

“The large local boards of elections need time to finalize their polling places and their locations, and they need time to reassign their judges,” Garreis said. “It’s like piloting a supertanker … you can’t just turn the wheel and it immediately responds.”

The move to voting centers is expected to help local boards fill election judge vacancies. The Hogan administration is encouraging state workers to fill the slew of poll worker vacancies, and more than 7,200 state workers have reportedly expressed interest in serving as election judges, Michael Ricci, a spokesman for the governor, said.

The debate over mail-in ballots lives on

Marylanders will receive applications instead of automatically getting their ballots in the November election — but some lawmakers hope to eventually mandate mail-in ballots in Maryland.

Del. Julian Ivey (D-Prince George’s) says he’ll introduce legislation during the next General Assembly session to automatically mail ballots to Maryland voters. Ivey, who has repeatedly called on the legislature to reconvene to address police brutality and the coronavirus pandemic, said requiring voters to apply for a mail-in ballot will lead to disenfranchisement.

“This is something that we should be doing, sending ballots to every voter,” Ivey said. “Whether we’re in a pandemic and it’s a health concern, or if we’re going throughout life in a typical manner, we should be encouraging everyone to participate.”

Gov. Hogan has said he was simply following state law when he ordered the polls open in November.

Ivey pointed to the extremely low rates of voter fraud and high participation in the state’s largely vote-by-mail June 2 primary as reasons for Maryland to adopt automatic mail-in voting.