Members of the Maryland General Assembly penned a letter Thursday, appealing to the Maryland judiciary to consider allowing recent law school graduates to practice without passing the bar exam, citing a series of safety concerns surrounding test administration during the COVID-19 pandemic.

“There is no good way to conduct a bar exam during a pandemic,” said Del. Julie Palakovich Carr (D-Montgomery) in a statement. “Providing Maryland’s recent law school graduates with diploma privilege is a fair solution that is sensitive to the realities of the ongoing public health emergency.”

The Maryland bar exam was moved from its originally scheduled July date to October and will be held online rather than in-person. Palakovich Carr and Del. Vaughn Stewart (D-Montgomery) are spearheading the effort for Maryland Court of Appeals Judge Mary Ellen Barbera and other Judiciary officials to consider pursuing “diploma privilege,” or allowing law school graduates to be admitted to the bar without taking the exam.

“Graduates of our state’s law schools have seen their opportunities dwindle and their job offers rescinded because of the uncertain economic climate,” the letter reads. “Furthermore, the uncertainty and delay of the bar exam has led to rescinded job offers, salary cuts, and financial difficulties for applicants, many of whom are carrying a mountain of student loan debt.”

Stewart points to the impending wave of evictions and debt collection suits that Maryland courts are sure to face as a result of the pandemic’s economic crisis, asserting that waiving the bar exam for the new class of law school graduates would be of service to the public. 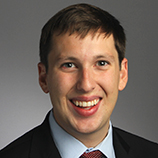 “Thousands of Marylanders will soon be staring down the barrel of homelessness and wage garnishment without any assistance from an attorney,” Stewart said in a statement. “We need a surge of new attorneys to serve on the frontlines of this pandemic.”

Lawmakers expressed a willingness to limit diploma privilege, stating that they’d be comfortable restricting the waiver only to those practicing in Maryland, individuals who attended Maryland law schools or lawyers interested in practicing public interest law.

The delegates assert in their letter that administering the test online could prove problematic, citing privacy issues and racial bias on the part of artificial intelligence. Michigan, the first state to administer the bar exam online, experienced a cyber attack last month that caused the exam to crash.

“We shouldn’t subject bar applicants to the risk of online hacking, nor should we accept inequitable outcomes from an online exam when some students lack reliable Internet access or a quiet place to take the test,” said Palakovich Carr.

According to a recent survey of graduates from both law schools cited in the letter, a majority of bar applicants suggest that, should they take the exam online, they would not have adequate access to technology, internet or childcare.

Further, lawmakers argue that these inequities will have a bigger impact on communities underrepresented in the legal world, again pointing to the survey which found that non-white applicants are more prone to suffering adversely from the COVID-19 pandemic and may face issues with their mental health.

“Diploma privilege could provide an incentive for recent graduates otherwise unable to practice law to serve on the frontlines of our economic recovery,” the letter reads. “More than ever, our state desperately needs its law school graduates to help confront the unprecedented challenges we face.”