There were some 350,000 low-income persons eligible to vote who did not vote in Maryland for the 2016 presidential election, according to the study released Tuesday by Columbia School of Social Work Assistant Professor Robert Paul Hartley. At the time, Maryland had a total of 4.1 million persons eligible to vote – meaning low-income non-voters comprised more than 8% of the total electorate.

“The low-income electorate is a substantial group that votes less often than higher-income individuals although at similar trends and changes in voting patterns over time,” Hartley wrote in the report. “This is a group that could mobilize if they were more engaged by candidates or campaigns, or if they believed that voting might make a difference.”

The report was released by the Poor People’s Campaign: A National Call for Moral Revival, a national coalition to address poverty and systemic racism. During a Tuesday press call, leaders from the coalition said voters with low incomes could have a significant impact on elections across the country this year.

The Rev. William J. Barber II, a co-chair of the Poor People’s Campaign, said he hopes the report will spur politicians to reach out to low-income voters. 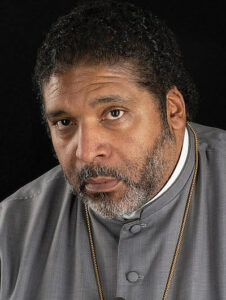 Barber emphasized that poverty isn’t a marginal issue: 62 million Americans don’t make a living wage, and some 140 million were low-income even before the coronavirus pandemic. He said COVID-19 has led to “economic annihilation” among the working poor.

While low-income non-voters wouldn’t have swayed the outcome of the 2016 election in Maryland, they could have in other states. Hartley wrote that if 1% more low-income voters, who were eligible to vote, had gone to the polls, they could have turned the election in Michigan. And likewise, a 4% to 7% increase would have equaled margins of victory in several battleground states, including Florida, New Hampshire, Pennsylvania, or Wisconsin.

The study defined low-income people as anyone whose income was lower than two times the level set as the official poverty line.

“Poor and low-income people can become a transformative new electorate,” the Rev. Liz Theoharis, also a co-chair of the Poor People’s Campaign, said.

Voting rates are rising among both high- and low- income voters. Hartley wrote that a gap still exists between voters based on income, but added that there was a roughly 10% increase in voting rates for the last midterm election.

Hartley also noted an increase in vote-by-mail across the United States between both high and low income voters, writing that they “have similar trends of increasingly voting by mail, yet the low-income population is less likely to vote overall.”

Low-income voters face more barriers than those with higher incomes when they head to the polls, Hartley wrote. Voters with lower incomes are less likely to vote because of “illness, disability, or transportation issues,” according to the study.

People of color make up a disproportionate number of low-income voters, Barber noted. Black and Latino voters have long been subject to voter suppression and disenfranchisement in the United States, and advocates have warned that the coronavirus pandemic could lead to disenfranchisement on the Nov. 3 election day.

Climate Bill Dies as House and Senate Fail to Compromise

An effort to reconcile the competing versions of major environmental legislation collapsed in the final hours of the General Assembly session Monday night, rendering…

Md. House Panels Move Climate Bill as Pinsky Tries to Find Other Vehicles For His Priorities

A week after introducing a slew of amendments to a wide-ranging climate bill, two committees in the House of Delegates voted Thursday to advance…

No Shuffling Papers, and No Grey Blazers: How Students Served as Pages In a Virtual Session

After brewing a cup of coffee, Mary Sigrist, a senior at Pocomoke High School, changed into slacks and a long sleeve grey shirt with…

As Democrats prepare to retake power in Annapolis, Hogan issues warning on spending