Former Rockville mayor Susan R. Hoffmann remembers being drawn to Joe Biden when he was a not-yet 30-year-old candidate for the United States Senate.

She was living in Pennsylvania. The assassination of President John F. Kennedy, less than a decade earlier, still stung.

Biden’s bid for the Senate in neighboring Delaware drew the attention of news organizations in Philadelphia.

“It was his youth and his vigor and his energy” that attracted her to the charismatic member of the New Castle County Council, Hoffmann said in a recent interview. “A lot of us were still suffering, so yes we were looking for our next Jack Kennedy.”

Hoffmann was elected to serve as a delegate for Biden at this year’s Democratic National Convention in Milwaukee. Originally scheduled for July 13-16, the event was moved to Aug. 17-20 due to the COVID-19 epidemic, then moved online.

Not getting to attend the gathering in person is “a real kick in the teeth,” she said.

“This is the singular most important election in anyone’s memory, and maybe in the history of the Republic. That is the great existential threat that Donald Trump represents to the future of the United States of America. Not having the opportunity to physically participate at the convention… is very painful to me,” she added.

Maryland delegates to the Democratic convention will conduct all of their official business remotely.

Republican convention delegate Donald E. Murphy, a former state delegate from Baltimore County, is lamenting that he isn’t getting to go to Charlotte, N.C.

The 2020 RNC get-together would have been his sixth. He’s been a delegate, a guest the years his wife was a delegate, and he has chaired the state GOP’s convention delegation.

A marijuana reform advocate, Murphy said he will miss being able to “mix and mingle with senators and members of Congress who I work with on Capitol Hill.”

In an interview, he said many people find it hard to reconcile his status as a Trump supporter and an advocate for legalized marijuana.

Being a Trump delegate “gives me some credentials all by itself,” he said. “I must be conservative enough to make the cut among our state party ‘elite.’ So there’s some real benefit to me getting my message to the right people [at the convention] — and I don’t get a chance to to do that.”

Having been to every RNC convention since 2000, Murphy said, “the novelty has worn off.”

What he enjoys is making the experience fun for first-timers.

“When there are people sitting up in the nosebleeds, I go up and give ‘em my credentials and let them go down on the floor. … I enjoyed making it better for a lot of other folks who had never been there before and would not likely ever get there again.”

This year’s vastly scaled back RNC gathering in Charlotte will be Maryland Republican Party Chairman Dirk Haire’s first-ever national presidential convention. Work has kept him from attending the conventions in past election cycles, and while the Aug. 24-27 event will look different this time, he’ll still be conducting some business in person.

The in-person elements of the convention, which usually include speeches from prominent Republican figures and events for attendees, have been rolled back due to the pandemic. Trump planned a massive gathering in Jacksonville, Fla., after the in-person convention in Charlotte was scaled back, but later called off that event as well.

A smaller event is now planned in Charlotte. Haire is one of only six Maryland Republican delegates headed to the in-person meeting, whereas the other 32 delegates will cast their vote for the Republican nominee remotely.

“It’s a very scaled down, reduced convention,” he said.

Haire said the business portion of the convention, in which delegates select the party’s nominees for president and vice president, was always slated to occur in Charlotte – even after Trump planned the celebration in Jacksonville. Portions of the Charlotte convention will be live-streamed, but the meeting is closed to the press.

“The convention itself is more social than it is than anything else,” he said. “That’s the piece that’s no longer going to occur.”

The Democratic National Convention will be entirely remote, but Maryland Democratic Party Chairwoman Yvette Lewis says the state’s delegates will still partake in many of the same events that the in-person convention would have offered.

Lewis said she was pleased by the Democratic leaders’ decision to hold the convention remotely, and added that she and her colleagues have been working to make a virtual convention worthwhile since the in-person elements were canceled.

“We took that as gospel and decided that we were going to try to make this as memorable of an experience for our delegates here in Maryland as we possibly could,” Lewis said. 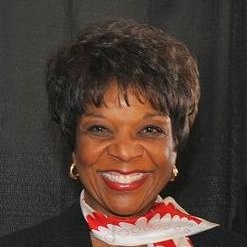 Delegates will still get to meet each other during “speed networking” events in chat rooms before the convention even starts, and officials are trying to organize virtual happy hours with other states’ delegations. Lewis said the virtual convention could even benefit local Democratic organizers, since they won’t have to travel to Wisconsin for a week.

“We’ll be engaging our volunteers here at home to keep up the work,” Lewis said. “But we’ll be able to do some of that work too, because we’re not out in Milwaukee. We’re not on the road, we all have access to our phones, we’ll have access to our computer so we can continue our organizing work with our regional organizing directors. This allows us a little more opportunity to reach voters during a time that the convention is going on.”

Will the parties hold conventions in the future?

As with seemingly everything, the decision to hold this year’s conventions online has prompted questions about the quadrennial events.

Murphy, the former state legislator, thinks conventions may hold value for the out-of-power party. But when a sitting president is seeking re-election, they “are probably more trouble than they’re worth.”

“A friend of mine once figured out, four years ago, that we could go on an African safari for less than [attending] this convention’s going to cost,” he said.

Another advantage to meeting remotely: fewer opportunities for delegates to say or do something that reflects badly on the party and its nominee.

“When I was the chairman in ’08, I stood up in front of the [Maryland] delegation and said, ‘There are two reporters for every one of you. And their jobs is to report stories. Don’t be the story. … The party and the campaign will have to answer for whatever stupid thing you do,’” he recalled.

He thinks parties will continue to hold conventions because of the revenue they bring in.

Hoffmann, the former Rockville mayor, said she enjoys getting to know other Maryland Democrats, meeting people from other states, and the feeling of exhilaration when the nominee is formally chosen.

“When you’re in the room with everybody, there’s just that powerful community that’s created by sharing the experience,” she said. “So that will be missed.”

Click here for some preliminary details of the Democratic National Convention schedule.

Click here for some preliminary details of the Republican National Convention schedule.