Growing up in the suburbs of New York City, as a young girl interested in politics, Del. Wanika B. Fisher (D-Prince George’s) never imagined that she’d see someone who looked like her at the highest echelons of American politics.

Now that U.S. Sen. Kamala Harris (D-Calif.) has been selected to become former vice president Joe Biden’s running mate, Fisher — who like Harris is half Black and half Indian-American, a child of immigrants — is ecstatic.

“I’m super excited,” Fisher said in an interview Tuesday, moments after Biden’s decision was made public. “She’s like my spirit animal because we’re both half-Asian and half-Black. We’re also both former prosecutors.”

Leading Democratic women in Maryland reacted generally with approval — and in some cases, joy — after hearing the news. Some spoke or wrote of the nomination in very personal terms.

“I cannot put into words how monumental a moment this is for black and brown girls across our country,” Del. Stephanie M. Smith (D-Baltimore City) wrote on Twitter. “This is a first step. It takes the right mix of heart, smarts and AMBITION to meet this moment. Sen. Harris is ready to lead and I’m ready to battle for her chance!”

Smith, who is a graduate of two historically Black colleges and universities, hailed the fact that Harris, who did her undergraduate work at Howard University, is the first graduate of an HBCU on a national presidential ticket.

Maryland House Speaker Adrienne A. Jones (D-Baltimore County) — the first African-American and the first woman to hold the speaker’s gavel in state history — tweeted that she was “thrilled” by the choice.

“Black women are the backbone of our party and our country and I believe this is the winning ticket we need to defeat Trump,” Jones said.

“Joe was definitely listening” to people who told him how important it would be to select a Black woman, Fisher said. 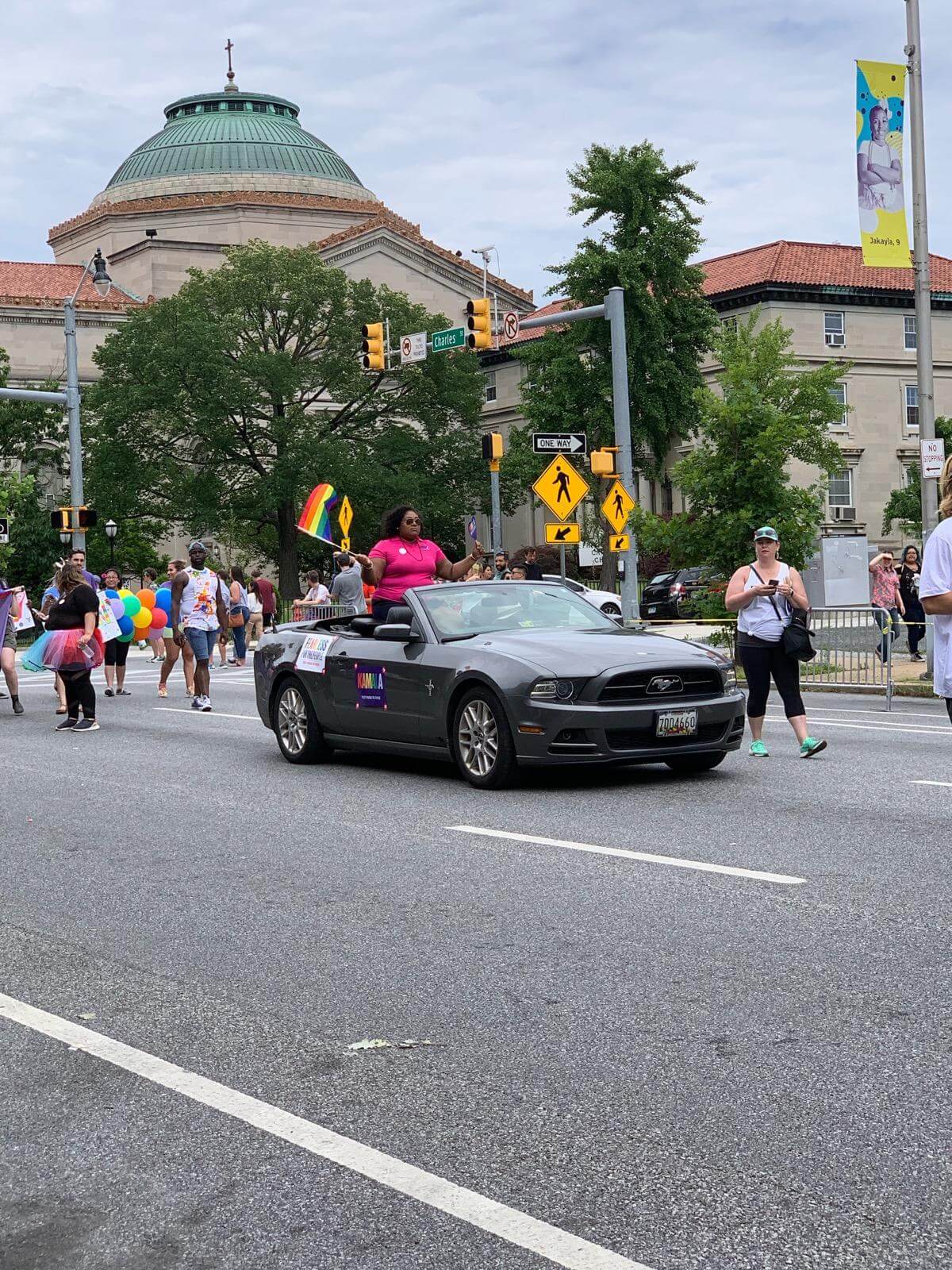 “We’re witnessing history again,” Washington said in an interview, “when we are standing at a time that’s been defined by really toxic, racist, anti-LGBT culture coming from the White House.”

Women praised Biden for selecting Harris even though they clashed at times during the Democratic presidential debates — especially when Harris suggested in one televised moment that some of the policies on school busing that Biden embraced during his early career as a senator harmed Black girls like her.

“I think it says a lot for him to pick her,” Washington said. “She gave him a solid punch, and to come back to her speaks well of him.”

Harris’ performance on the debate stage — and during high-profile Senate hearings — helped her outshine other women that Biden vetted for the VP slot, Washington said.

“For me, what’s really key here is she stood on a national stage and was unafraid to call out the past, to speak truth to power,” she said.

And unlike some of the other candidates Biden was considering, Harris has relationships on Capitol Hill and executive experience from her time as California attorney general and San Francisco district attorney that would serve her well as vice president — or if she’s ever required to take over from Biden, Maryland Democrats said.

“I think she’s obviously got the skill and stamina,” Fisher said. “And she’s been around a lot of the players on the Hill. A lot of the other women would have to rely more on staff. I think Kamala is definitely in a place to govern.”

But before there can be governing, Biden and Harris must first get through an intense campaign against President Trump and Vice President Mike Pence. Asked by Chuck Todd on MSNBC Tuesday how Harris would do in a debate against Pence, Edwards paused for a moment.