Home COVID-19 in Maryland Showdown on Private Schools and In-Person Classes: Elrich Won’t Back Down on...
Facebook
Twitter
Email
Print 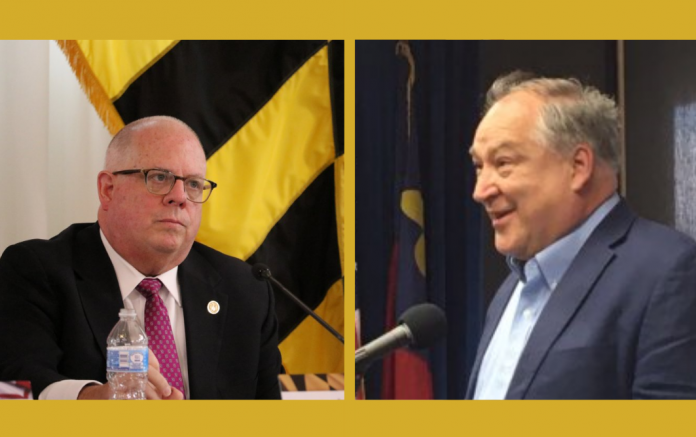 Refusing to back down from a dispute with Gov. Lawrence J. Hogan Jr. (R) and private schools, Montgomery County’s top health official moved to reassert his authority on Wednesday, issuing an order banning all in-class instruction in private and religious schools before Oct. 1.

The order from Health Officer Dr. Travis Gayles already has landed the dispute over on-site instruction in court.

A lawsuit filed in federal court by parents of private school students as well as two private schools — the Avalon School in Silver Spring and the Brookewood School in Kensington — is set for an Aug. 14 hearing.

The new order may have no greater legal effect than it did the first time, according to former Maryland attorney general Douglas F. Gansler (D). The governor’s emergency order overrules any county order, Gansler said in an interview with Maryland Matters.

“We are continuing to evaluate the impact of the governor’s executive order on the directive that we put out there,” Gayles told reporters during an online news briefing Wednesday. “And once that process has been completed, we will take the necessary actions and update and announce those accordingly.”

As it stands, the Aug. 1 county directive ordering nonpublic schools to stay closed until Oct. 1 “has not been rescinded,” Gayles said.

The county’s public schools will be entirely on-line until January.

On Monday, Hogan responded to Gayles’s first mandate with an emergency order, calling Montgomery County’s decision to shutter all schools “overly broad and inconsistent with the powers intended to be delegated to the county health officer.”

Hogan revised his April 5 executive order to simply add “(except schools)” to a section granting the counties and Baltimore city the power to impose tighter restrictions on business activity and social interaction than the state’s.

During an online briefing Wednesday, County Executive Marc Elrich said he was “shocked” by Hogan’s order.

“I didn’t think it was appropriate,” he said. “I don’t think it’s supported by data. It makes no sense.”

Elrich added, “The fact that he felt it necessary to do that, rather than let us continue to come up with what we think are the best and safest solutions for people, is beyond me.”

“Reopening is built upon the premise of having lower community transmission and lower daily caseloads,” Gayles said during a Monday news briefing. “That is what should be driving the decision.”

On Wednesday evening, Gayles responded to Hogan’s emergency order by reissuing his order, reinforcing his original mandate on Friday.

“The new order, which is effective immediately, remains valid until Oct. 1, 2020, or until rescinded, superseded, amended, or revised by additional orders,” county officials said in a statement.  “County officials continue to base their public health decisions on data and the data and science and at this point, the data does not suggest that in-person instruction is safe for students, teachers and others who work in a school building.”

“Regardless of how that shakes out from, you know, the legal perspective or that kind of thing, we again remain committed to putting in practices and procedures that are keeping our residents safe. And we will continue to look at the complement of options that we have available in order to make sure that that is done and that is accomplished,” he said.

Many Issues to Litigate

Additional litigation could arise if nonpublic schools hold in-person classes before Oct. 1 and a COVID-19 outbreak ensues. In that case, the county could say it was more than clear that schools should not have reopened in the first place, Gansler said.

The lawsuit that private schools and families filed seeks a preliminary injunction blocking the county from enforcing its directive.

The lawsuit names Gayles, Elrich and the county as defendants.

“The Health Officer’s order is the only one of its kind in Maryland – or the country – which targets religious and private school classroom instruction for closure,” according to a statement from Timothy F. Maloney, an attorney representing the parents who sued. “The Health Officer issued this order while allowing restaurants, bars, day care facilities, colleges to remain open. There have been no COVID-19 reported cases in Montgomery County religious and private schools.”

The United States District Court for the District of Maryland has scheduled a preliminary injunction hearing for Aug. 14 to discuss the legality of Gayles’s order prohibiting in-person instruction at private and religious schools in Montgomery County.

Maloney stressed that the county health officer is a “State employee.”

Since Hogan issued his emergency order Monday, the group said Gayles “has been openly insubordinate” in refusing to rescind it and is “creating continued chaos and confusion for thousands of Montgomery County families and the schools they have chosen.”

In the moments following Hogan’s executive order, it was unclear how much authority local officials had over public health decisions. During a press conference last week, Hogan had stressed that local county leaders could make their own decisions on deciding when to close, as long as it was not less restrictive than the state’s plan.

“On the one hand, Hogan gave authority to local officials, but not any leadership. But then he doesn’t accept a situation that he does not like,” said Sen. Paul Pinsky (D-Prince George’s). “He is cherry picking what group should get what.”

Others also expressed the contradictory nature of Hogan’s emergency order.

“To tell local governments to take responsibility and then take away their power to do their job — that’s frustrating,” Del. Eric G. Luedtke (D-Montgomery) said.

This situation is even more ambiguous because it is not clear whether or not the local county health officer is part of the county or the state, said Michael Sanderson, the executive director of Maryland Association of Counties.

“If there is any county that has an argument that their health department and health office is a county function and not a state function, then Montgomery County would have the strongest structural argument that that’s the case,” Sanderson said in an interview with Maryland Matters.

“I don’t know if this is a legal fight over who owns Montgomery County health department,” Sanderson said.

Gansler said Hogan’s order on Monday came in the context an emergency situation — which is the pandemic.

“Emergency orders will not last forever. It will expire at some point,” Gansler said. And when that happens, the question then becomes — ‘what is that effect now on nonpublic schools in Montgomery County?”’