Eleven states plus Washington, D.C., have legalized recreational marijuana. Three of those 11 states are in the Northeast — Massachusetts, Vermont and Maine. The political makeup of these three states is very similar to Maryland, but for some reason we are not able to pass this crucial and progressive legislation.

Democrats outnumber Republicans 2-to-1 in the state, and for years Marylanders have screamed at lawmakers to not only legalize marijuana but create racial equity programs to even the playing field when it comes to the distribution of licenses and acquiring loans and grants to open marijuana-related businesses.

Massachusetts was the first Northeastern state to legalize recreational marijuana. In 2018, the first year the state legalized marijuana, more than $70 million in tax revenue was collected. The state taxes marijuana sales at a combined rate of 17%, and cities and towns add local taxes of no more than 3%.

Those millions of dollars could be used in Maryland to help pay for educational programs, expanding business grants, drug rehabilitation services or other social service programs. This tax revenue is especially needed after Gov. Larry Hogan and the Maryland Board of Public Works cut $413 million from the state’s budget, because of the economic downturn due to the COVID-19 pandemic.

Another positive aspect of legalizing marijuana is reducing the number of incarcerated people in Maryland jails and prisons.

Unsurprisingly Maryland’s incarceration rate is 70% Black, while Black citizens only make up around 30% of state residents. While the Maryland legislature in 2014 voted and passed legislation that decriminalizes marijuana possession of 10 grams or less, studies have been conducted that show that even though marijuana conviction and incarceration rates are lower, the number of Black citizens arrested in Baltimore for marijuana-related crimes are still higher than any other race in the state. 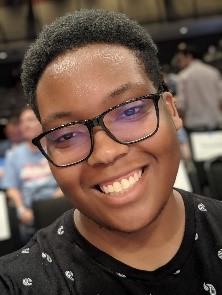 Within the first three years after Maryland’s partial decriminalization law was put into law, 1,450 people, including 66 juveniles, were arrested for marijuana possession charges.  Of the 1,450 individuals arrested, 96% were Black. As well, Baltimore police filed around 3,200 misdemeanor reports for possession of marijuana and most people charged lived in predominantly Black neighborhoods.

Although there is a lot of work to be done to get recreational marijuana legalized in Maryland, to get marijuana-related arrest records expunged and sealed, and to gain release of persons jailed for nonviolent marijuana possession, there are lawmakers in the Maryland General Assembly who are fighting to move our state in the right direction.

Del. David Moon, who sponsored HB 83, which would have prohibited the Maryland Judiciary Case Search from referring in any way to the existence of a district court criminal case in which the person is only charged with possession of under 10 grams of marijuana, was able to get this bill passed in both chambers of the state legislature. But Gov. Larwrence J. Hogan Jr. (R) vetoes the bill. If previous experience is an indication of the future, the veto should be overridden by the assembly, which is what normally happens when the governor vetoes legislation. This change would help formerly incarcerated citizens not be stigmatized by their arrest records for possessing under 10 grams of marijuana, especially when this has been decriminalized.

Another step toward legalization was made by the passing of SB 517, sponsored by Sen. Bobby Zirkin.

This bill ended the prohibition on possessing marijuana-related paraphernalia and made the use or possession of marijuana involving smoking in public spaces a civil offense, with a fine up to $500. Passing this legislation has helped reduce arrests and incarceration from marijuana-related offenses.

Such legislation is why I feel confident enough to say that Maryland will legalize marijuana, expunge marijuana arrest records and release Marylanders who are incarcerated for nonviolent marijuana related offenses.

The writer is a political science major at Arizona State University, a former administrative assistant at the Maryland General Assembly and a community activist in Charles County. He can be reached on Facebook and on Twitter @C_LOS19.