Maryland transportation officials signaled on Monday that they are open to extending the public comment period for a major highway expansion program.

Montgomery County Executive Marc B. Elrich (D), members of Congress, state lawmakers and members of the public have pressed the Department of Transportation for 120 days — not the customary 90 — to review a recently-released environmental report.

The report — known as a Draft Environmental Impact Statement — is a key document in the state’s plan to widen the American Legion Bridge and portions of the Capital Beltway (Interstate 495) and Interstate 270. 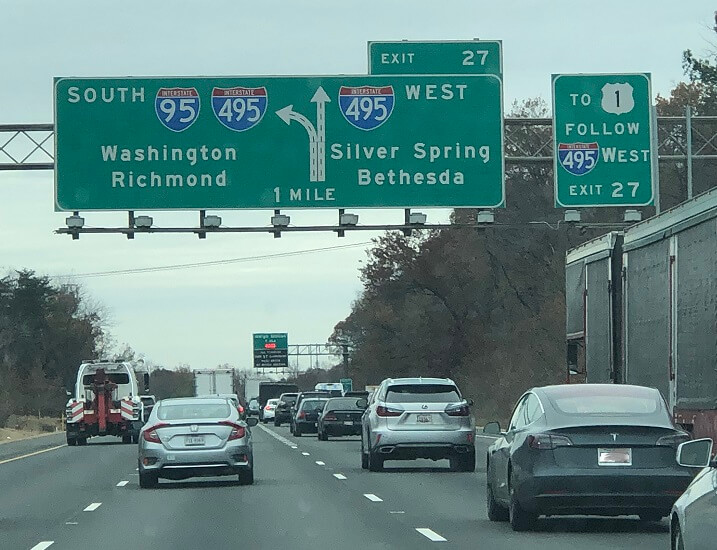 Those pressuring the state contend they need the extra time to fully examine the 18,000-page document.

In a July 17 letter to Transportation Secretary Greg Slater, Elrich said, “People need time to absorb information, to think about their questions and to construct a meaningful response to you, and the 90-day timeline simply doesn’t allow it.”

On Monday, an agency spokesman said MDOT is looking for a way to accommodate Elrich’s request.

“We are committed to a robust period of public input, that is how we get the best outcome,” said Terry Owens.

The DEIS looks at the Hogan administration’s plan to create a “public-private partnership” to add four “express toll lanes” — two in each direction — to the bridge and the two highways.

Private firms would design, finance and construct the new lanes. They would recoup their investment, in theory, through tolls of their choosing. Existing lanes would remain free, with future maintenance costs absorbed by the concessionaire.

The length and complexity of the document isn’t the only reason to extend the public comment period Elrich wrote. There is also the COVID-19 crisis, which has consumed leaders’ time at every level of government.

In addition, there is the fragile state of the Purple Line — the state’s first big “P3” project — which teeters on the brink of a potentially catastrophic work stoppage due to a dispute over $755 million in cost-overruns.

“Without an in-depth analysis of what went wrong and what needs to be done differently, it is difficult to have confidence in the State’s ability to get into another P3 that will protect the state’s long-term interests,” Elrich wrote.

“[A]pparently, somewhere in the 18,000 pages of the Managed Lanes DEIS, the possibility of a not previously known public subsidy is mentioned. For such major projects, decision makers and the public need the time to understand the proposals and react to them.”