Maryland election officials have asked for an additional $20.6 million in state funding to conduct the November election, citing mail-in ballot applications and pre-paid postage as reasons for the additional expense.

Lamone wrote that, while federal COVID-19 relief funding covered the costs of Maryland’s largely vote-by-mail June 2 primary, the state will have to foot the bill for the general election.

The State Board of Elections plans to submit a budgetary amendment to cover the costs of the upcoming election. Officials are also asking for:

The $5.5 million figure for mail-in ballots assumes that 50% of eligible voters request a ballot and vote-by-mail, according to the footnotes of Lamone’s letter.

Lamone noted that some federal funding from the Help America Vote Act could be used to supplement the State Board of Elections budget. The state has already used $4.1 million of that money for “information security expertise” through December of 2024.

“Using these funds for non-election security items means that State funds will be needed to replace the federal funds or our efforts to enhance how we protect our election systems and data will be impacted,” Lamone wrote to the fiscal leaders.

Meanwhile, the top Democrats in the House of Delegates on Tuesday demanded Hogan provide each Marylander with prepaid postage for their ballot applications. In a letter to the governor, Speaker Adrienne A. Jones (D-Baltimore County),  Speaker Pro-Tem Sheree Sample-Hughes (D-Middle Shore), Majority Leader Eric G. Luedtke (D-Montgomery) and Majority Whip Talmadge Branch (D-Baltimore City) wrote that time and funding are in “short supply,” and asked Hogan to fund prepaid postage for November. 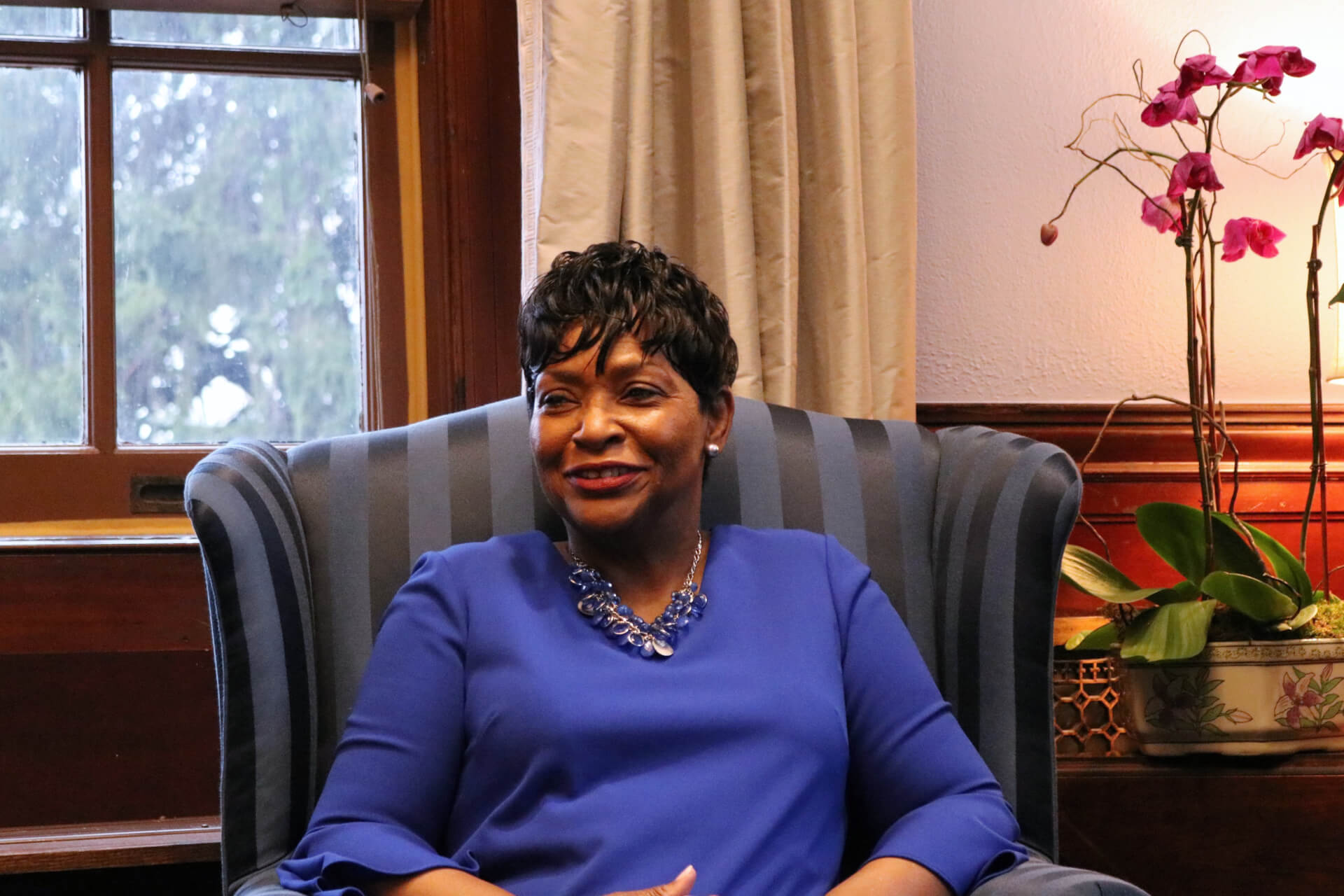 “If you believe that every Maryland voter should receive an application instead of a ballot, the application must include pre-paid postage for the return to the boards of elections,” the legislative leaders wrote. “This is the bare minimum we can do for Maryland voters. Having a stamp should not determine your ability to exercise your constitutional right.”

The lawmakers reiterated their argument that Hogan’s decision requiring voters to apply for mail-in ballots amounts to voter suppression.

“This alone will not solve the problem, and we continue to believe that the best solution is to mail ballots directly to all Marylanders, as Maryland did in the June 2 primary to avoid voter confusion,” they wrote. “This small time-sensitive step can help ameliorate some of the voter suppression of your approach.”

‘The point of no return’

In her budget request Tuesday, Lamone revealed some of the details for the upcoming election: Early voting will be conducted at 78 locations across the state from Oct. 22-29. Roughly 1,600 neighborhood polling places will be open on Nov. 3, although some local election officials have warned that a lack of poll workers could mean some voting centers will be consolidated.

Hogan’s decision to require voters to apply for a mail-in ballot was met with immediate backlash when it was announced earlier this month. Democratic lawmakers, local election officials and advocates blasted Hogan’s vision of a more traditional November election, with some arguing it amounted to voter suppression.

Hogan, in turn, has said offering voters more options for voting will increase turnout and prevent the errors from the state’s June 2 primary from recurring. His position was further reinforced by the Centers for Disease Control and Prevention, which said in recently released guidance that providing voters multiple options to cast their ballot, like drop-off boxes, early voting and mail-in ballots, is the best way to protect the electorate from COVID-19.

“The fundamental responsibility of the State Board of Elections is to conduct free and fair elections in a manner that facilitates maximum voter participation,” Hogan said when he released his plan. “This approach — which is already fully authorized by existing state law — will maximize participation in the November election by offering voters more options while minimizing confusion and risk during the COVID-19 pandemic.”

Calls on Hogan to reverse his decision and automatically mail every registered voter a ballot have grown in the days since he ordered a more traditional election. A group of prominent Democratic local officials recently urged the governor to adopt universal mail-in ballots for November, warning that local boards will be strained by processing mail-in ballot applications while trying to set up a normal in-person election.

“The direction you have provided will require local Boards of Elections to, in essence, conduct two elections – a vote-by-mail election as well as a regular election,” the Democratic officials wrote. “This is a herculean task that not only keeps local election boards from building on the success and lessons learned in the vote-by-mail primary election, but sets up a course for failure.”

Several voting rights groups have announced a car caravan and rally in front of Government House, the governor’s mansion, at midday Wednesday to protest Hogan’s decisions. Scheduled speakers include state Sens. William C. Smith Jr. (D-Montgomery) and Benjamin Kramer (D-Montgomery), the Rev. Lennox Yearwood of the Hip Hop Caucus, Mike Tidwell of the CCAN Action Fund and Charlie Cooper of the organization Get Money Out of Maryland.

The rally is also billed as a tribute to the late congressman and civil rights leader John Lewis (D-Ga.).

Regardless of whether Hogan decides to reverse his decision, experts say that the course for the November election needs to be decided sooner rather than later.

Deputy Elections Administrator Nikki Charlson said that local boards are already looking for polling locations and election judges for the November election, and said final decisions will need to be made in a matter of weeks rather than months.

“The local boards right now are in the midst of recruiting poll workers and trying to see how many voting locations they can stash,” Charlson said, adding that some local boards might need to combine polling centers if a privately owned location refuses to open. “That has an impact on all of those back end databases that make sure that the right ballot is mapped to the right location. So starting in August, some of those wheels start turning.”

Former Maryland Secretary of State John T. Willis said he was impressed by how quickly the State Board of Elections and local elections boards pivoted toward an unprecedented mail-in format for the June 2 primary. That election saw very high turnout, despite a slew of errors like late or incorrect ballot deliveries.

He said it’s difficult to change an election format, and added that any format change would have to happen quickly for election officials to adapt.

“Many people tend to think of elections as their own personal experience,” Willis said. “But elections are a large, complex enterprise. It involves, in Maryland, over 4 million registered voters. It’s a battleship, and it’s very hard to change directions on such a large enterprise.”

Willis, who served under former Gov. Parris N. Glendening (D), added that Hogan’s decision to require voters to request a mail-in ballot rather than automatically receive one – a move that falls in line with what prominent Republican state lawmakers requested – actually involves more mailing than the June 2 primary.

“What is ironic is the governor’s current position is going to cause more mailings,” Willis said. “In the middle of what is likely to be a record turnout for the state of Maryland.”

Melissa Deckman, a political scientist and public affairs professor at Washington College, said she thinks Hogan opted for mail-in ballot applications due to the errors in the state’s June 2 primary.

“If we move to an election that’s all by mail, it’s going to require a Herculean effort in terms of getting the ballots printed, and making sure that the ballots are printed in a way that you can track what precinct they’re from,” Deckman said. “I think Hogan is concerned with June. There were some irregularities, and it was difficult to match some of the ballots in terms of the precinct tracing.”

Whatever the case, Hogan seemed firm in his decided election format in a televised interview Monday. The governor appeared on ABC’s “The View” as part of an ongoing effort to promote his forthcoming autobiography, and blasted the Maryland State Board of Elections when asked about his decision to open all of Maryland’s polling centers for the November elections.

“Tens of thousands of people showed up at polls that weren’t open,” Hogan said. “The handful of polls that were open were overcrowded, and it was suppressing people’s vote because they had to wait in line for four hours”