Most Maryland businesses are suffering a loss from the economic downturn caused by COVID-19. Less demand exists for products they sell. Those providing a continuous service, from apartment rentals to broadband subscriptions, have seen an uptick in nonpayment. Few of these businesses will be made whole — except, perhaps, for one industry: Maryland’s energy utilities.

Utilities’ fortunes should be tied to the wider economy. Shuttered office buildings and small businesses mean fewer kilowatt-hours sold, and mass unemployment leaves ratepayers unable to pay what they owe to the power company. Yet, increasingly, the profits of Maryland’s utilities are divorced from the rest of the economy. Indeed, in the midst of COVID-19, a low-key bailout of these companies already has begun and, unfortunately for Maryland ratepayers, it will be happening on their dime.

In April, the Maryland Public Service Commission issued a ruling colloquially known as an “accounting order.” Typically, accounting standards require businesses to report losses to shareholders as they occur. With an accounting order in hand, utilities are permitted to depart from that practice. Instead, they record on their books an offset known as a “regulatory asset.” That is, a shareholder asset entirely backed by regulation’s promise to leverage a utility’s monopoly to recoup losses through surcharges at a later date that would not be possible in a competitive market.

At least 35 states either have granted utilities these writs or are poised to do so. The Maryland version lacks specifics, so consumers will have to guess what items are listed on Maryland utilities’ running tab of COVID-19-related costs. If other states are a guide, the accounting order could encompass everything from uncollected late fees, to rising bad debt, to utilities’ pension contributions.

Pay only for the energy you used—and then some

Another policy, known as “decoupling,” goes further still. Simply put, decoupling allows utilities to charge consumers for electricity they never sold. This counterintuitive policy is permitted in 22 states, including some of those hardest hit by COVID-19 like Maryland, where it has been in effect since 2007 under the name “Bill Stabilization Adjustment.” 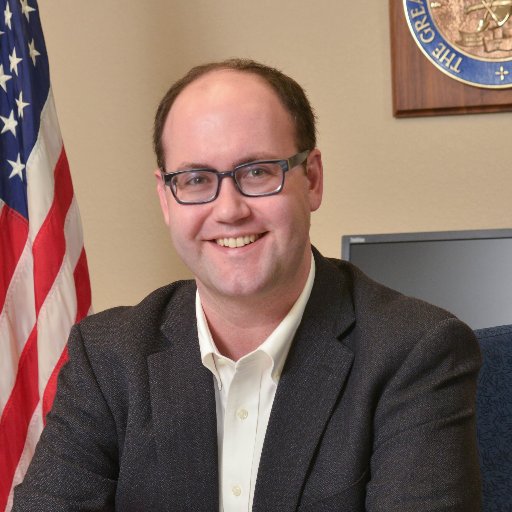 Decoupling’s advocates observe that utilities will be more likely to embrace energy efficiency programs if their revenues are decoupled from their sales volumes. Perhaps. But today, decoupling’s practical effect is to shift the risk of a major economic downtown from a utility’s shareholders to a utility’s captive set of customers. With electricity use down 10% on times of peak usage in the regional electricity market that includes Maryland, that risk will be realized in the form of higher rates.

Small businesses in particular will feel the hurt of this policy. Since their demand for electricity has fallen more significantly than other types of customers, decoupling’s boomerang effect of higher rates will swing back at them with particular force in the years to come.

When regulation serves utilities — not customers

Consumer advocates have hit back on some of the most galling utility requests. Virginia’s Attorney General has understatedly observed, “it is possible that utility management could simply share the financial burden with shareholders, as other businesses impacted by the pandemic have had to do.” Yet for the most part, utility regulation is so obscure that it flies under the radar of the normal political process.

Besides, in this weird corner of politics, it is unfortunately commonplace simply to pay off the utility in the hopes that doing so will yield a social benefit — in the case of COVID-19, a moratorium on utility disconnects for nonpayment. While Maryland’s utilities have proudly touted the suspension of disconnects and late fees on their websites, the situation gives meaning to the old saying “talk is cheap.” Ultimately, it will be other consumers and not shareholders who pay for the tab for those who cannot afford to.

How to fix it

It doesn’t have to be this way. Maryland is among more than a dozen states with restructured markets, where customers can choose from a number of energy suppliers. In the most advanced restructured market, Texas, regulated utilities remain in charge of owning and operating the network that delivers electricity. But all customers choose who will sell them electricity, and those companies bear the responsibility of billing customers. (Georgia has the same policy for natural gas.) Part and parcel of this structure is that retail energy providers — unlike monopoly utilities — do not have a captive set of customers they can use to recoup losses. By design, the competitive retail market absorbs the losses when customers cannot pay.

Texans have also not suffered a spate of disconnects. During the COVID-19 pandemic, the Public Utility Commission of Texas has adopted an Electricity Relief Program that prevents retailers from disconnecting customers facing hardship as a result of the pandemic. In exchange for continuing to provide electricity, electricity retailers obtain a partial reimbursement on bad debt, which still leaves their shareholders’ skin in the game.

Maryland already has a restructured market in place. But it continues to be dominated by the utilities, who act as gatekeepers to the marketplace and still possess a monopoly on customer billing. Getting utilities out of this “default” role would unlock a primary advantage of the competitive market that today Marylanders aren’t realizing: Making shareholders, not a monopoly’s customers, take the risk of economic downturns or other unforeseen events that leave customers unable to pay their bills.

The state’s policymakers and regulators already have a critical tool at their disposal to strike a balance that makes the private capital invested in the power sector bear some of the risk of doing business. Until that happens, it’ll be energy consumers who pay — even for energy they didn’t use.

The writer is vice president of regulatory affairs for NRG Energy, an electricity supplier.