I believe that two things must change before any other police reform can be successful.

The first is the organizational culture of lying and deception by police officers that dominates many departments. The second is the shroud of secrecy that hides police disciplinary actions from public scrutiny. The first will not change unless the second changes as well.

A window of opportunity is open in the aftermath of the tragic death of George Floyd and the often-brutal response by police to peaceful protesters. Some people saw the sordid underbelly of policing in America for the first time, and there is an unprecedented call for action. But the window will not stay open forever, and the opportunity to improve policing can be squandered if legislators go off in too many different directions.

Although people are clamoring for change, their agendas vary.

Not everyone is convinced that police departments like the Baltimore Police Department can be reformed. Some want to build a new model for law enforcement from the ground up. I am going to assume that “traditional” police departments will be around in Maryland in some form for the foreseeable future. If so, certain reforms should be given priority.

I was involved in police disciplinary matters in one way or the other for most of my 31-year career in the Anne Arundel County Office of Law. For five years before that I worked with police officers as an assistant state’s attorney. I have written about police reform, especially in the Baltimore Police Department, for the past five years.

I wrote about how the Law Enforcement Officers’ Bill of Rights deliberately makes police discipline slow and ineffectual, how the so-called blue code of silence protects bad officers, how the lack of transparency of the disciplinary process destroys accountability, and how police unions like Lodge 3 of the Fraternal Order of Police in Baltimore are an impediment to reform.

In other words, I recognize that there is no simple fix, and a lot of work lies ahead.

The fundamental problem in many police departments, however, is an organizational culture that condones, and even encourages, lying and deception. By fundamental, I mean that it is the problem that allows other systemic problems, including racism and brutality, to develop and then makes those other problems impossible to solve. It is the petri dish in which corruption thrives. Until that culture is changed, other reforms will be futile.

Please do not try to tell me that such a culture does not exist. It does. Not in all departments, but in far too many of them, including the Baltimore Police Department. 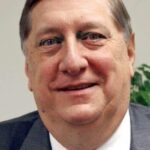 Moreover, no changes to policies and procedures, no amount of retraining, will have an enduring impact until the culture of lying and deception is changed. Even the benefit from the consent decree issued by the U.S. District Court under which the BPD is operating will be ephemeral. Reformers can make all the revisions that they want to policies, procedures and training, but unless the underlying culture of lying and deception has changed, they have done nothing but build a house upon sand.

The culture of lying and deception wreaks havoc on the effectiveness of the BPD in court, as city judges and juries have grown wary of officers’ testimony. It makes effective discipline impossible. The blue code of silence that is part of the culture places enormous pressure on officers not to “rat” on fellow officers and appears as strong as ever.

Revisions to policies, procedures and training are only as good as the systems in place to ensure compliance. As long as the culture of lying and deception and the blue code of silence exist, discipline will be ineffective and compliance with those revisions sporadic.

What can be done to change the culture of lying and deception?

The first step in changing the culture would be to pass a new law that makes clear that individual police officers share a professional responsibility for maintaining the integrity of their departments and the criminal justice system.

Under that law, police officers would be required to report any misconduct by fellow officers occurring in the course of an officer’s duties that involves (1) the verbal or physical abuse of a citizen, including the use of excessive force or brutality, (2) racism or (3) dishonesty or untruthfulness.

The law also would impose a duty of candor on police officers requiring them to cooperate with an investigation of such misconduct. The goal of the law would be to replace a culture of lying and deception with one that emphasizes honesty and integrity – a new culture buttressed by the force of law.

We will never change the culture of lying and deception, or improve discipline generally, without reasonable transparency of the disciplinary process. The secrecy is a “win-win” situation for officers and police chiefs, protecting both from being held accountable for their actions. The secrecy protects weak-kneed police chiefs as much as it protects bad officers.

The formula is straightforward: Put the force of law behind changing the culture of lying and deception to one of honesty and integrity. Enforce that law through the disciplinary process and make the outcomes of that process transparent so that the public can judge for itself whether the necessary changes to the culture are occurring. And then hope for the best, because policing will never improve as long as there is a culture of lying and deception in police departments.

A Senate bill would subject officers to forfeiture of all or part of their pensions if they are convicted of a crime committed while on duty.