If there is one easy takeaway from the June 2 Democratic primary in Baltimore, it’s that voters wanted change.

Some incumbents were ousted and younger, more progressive candidates seemed to gain a hold on city positions in the Democratic primary.

With a new mayor, new Council president, and new comptroller and five new city Council members, along with another who was appointed to a seat in 2019, it’s clear that the change voters wanted is coming to Baltimore — and builds on the eight new Council members elected four years ago. Many of the new Council members already have clear-cut visions for how to reform the city.

Odette Ramos, who won the Democratic primary for Baltimore’s 14th District, held a virtual town hall on police reform for her constituents on Wednesday. Ramos had held similar town halls throughout her campaign, and said she wanted to use her platform to educate voters.

Ramos’ victory in the Democratic primary for Baltimore’s 14th City Council District was historic. If she wins the November election, Ramos is poised to become the first Latina elected official in the city’s history.

A longtime affordable housing advocate, Ramos made housing and vacant property redevelopment a centerpiece of her campaign. She, like other victorious City Council candidates in the Democratic primary, was vocal about the changes she would make as a councilwoman.

“People are really interested in new ideas and trying something new, because what’s been happening in the past has not been working,” Ramos said. “Given the fact that we’re so unsatisfied with what’s happening at the federal level right now, I think people are really frustrated and need to have good local government.”

For Phylicia Porter, who won the Democratic primary in the city’s 10th District, that means making sure local government is investing in areas beyond the Inner Harbor. She said that might mean expanding transportation services in areas like her district, which is spread across Southwest Baltimore.

“When we talk about local policies, and dismantling systemic racism, we’re talking exactly what’s happening now,” Porter said. “Beginning to reallocate and reinvest our budget and make sure our priorities match up with the progressive policies that we are pushing as a council.”

Porter wants to redefine public health in the city if she’s elected in November. She said the term “public health” means more than access to vital health services and treatment facilities. Porter believes that public health includes better access to transportation, a more equitable economy and greater diversity and inclusion across public services.

“We need to get out of the framework of simply the health care delivery system,” Porter said. “While that’s good, there are other prevention aspects that we can look at within our transportation system, our economic system, our education system, our nonprofit and philanthropic systems as well.”

It wasn’t easy for Baltimore voters to cast their ballots in the June 2 primary. Election errors meant some voters received late ballots or didn’t receive ballots at all, and those who turned out to vote in person faced hours-long lines.

Despite election glitches and mishaps, however, Baltimore voters got out the vote. The city received more than 157,000 ballots in the election, Armstead B.C. Jones Sr., the city’s elections director, said during a Tuesday meeting with legislators. That means voter turnout was higher in this election than the 2016 primaries. 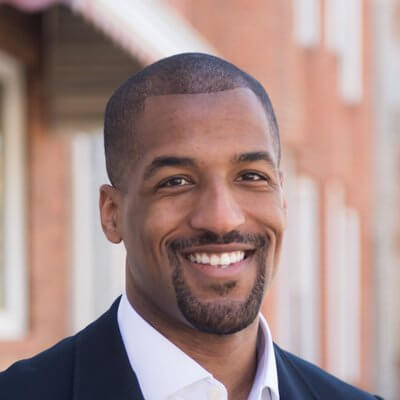 For prospective new officeholders like Mark Conway, the Democratic nominee in the city’s 4th Council District, the high voter was further evidence of the kind of government Baltimoreans want.

“They’re looking for change,” Conway said. “We have at this point now a completely new Council after two elections.”

A key component of Conway’s campaign was addressing the vast disparities in Baltimore’s public schools. He said making the city’s education system stronger won’t just benefit the students, but would attract new residents as well.

Like other new candidates, Conway is also pushing for equitable development in his district. He said many of his northern Baltimore constituents live in a food desert, with limited access to a grocery store.

“We have had grocery stores open up and last less than 10 years at a time,” he said, “Because of the number of pressures that we’ve had in those communities that have made it untenable for grocery stores. So we want to attract businesses … We want them to succeed.”

If they are elected in November, Baltimore’s new guard will take power at a time when local officials are being asked to address massive problems like systemic racism and police brutality. Scott made an effort during the recent budget debate to shift funding away from the Baltimore Police Department, but was shut down by outgoing Mayor Bernard C. “Jack” Young (D).

Now, as officials across the country look at how to reform public safety in their city, newly elected candidates are coming up with their own plans. Conway said that might mean redefining city services and reallocating city resources.

“We really struggled with some of the basic responsibilities that our city should provide, whether it’s the education system or safety in our city,” Conway said. “Unfortunately, we’ve historically relied very heavily on our police department to address some of those missed opportunities. And I think you’re finally seeing folks think long and hard about whether or not continuing along your path is effective or helpful.”

“There’s so much that needs to be done,” Ramos said. “Especially in Baltimore City where we have a segregated city, where we have pockets of the city that have just been ignored, where a lot of our resources have gone to areas … where it’s predominantly white. That has to change.”

The Democratic nominees still have to clear a final hurdle before their positions are official: the November general election. Baltimore remains a Democratic stronghold.