“Our system must be restorative and compassionate while being firm and protective,” Prince George’s County State’s Attorney Aisha N. Braveboy (D) declared at a news conference Friday afternoon. “And the only way we can achieve these goals is by demanding that each player in our justice system operates with integrity and transparency.”

The announcement follows the resignation of former Prince George’s County Police Chief Hank Stawinski Thursday evening following the release of an expert report alleging dozens of discriminatory episodes within the department towards Black and Brown officers.

The report is part of a lawsuit leveled by the Hispanic National Law Enforcement Officers Association against the county in December 2018.

The 94-page expert report put on the public docket was largely redacted after the Prince George’s County Police Department designated its files as confidential.

At a news conference held earlier in the day, Prince George’s County Executive Angela D. Alsobrooks (D) denied that the report played into the decision to accept Stawinski’s resignation, simply saying it was “time to move in a different direction in terms of leadership.”

Robert Ross, the president of the Prince George’s County chapter of the NAACP, praised Braveboy for her decision. Ross said at a news conference Thursday that he was going to hold a vote of no confidence in the police chief’s leadership at the chapter’s general interest meeting that evening.

Alsobrooks thanked Stawinski and his family for his years of service, touting his accomplishments as police chief, like the implementation of the Chief On The Go program and the creation of two new district stations.

“He has served this department and he served our community well, and certainly with great integrity,” she said.

While Braveboy would not comment on the lawsuit, she said that it’s important that her office has access to the unredacted records that detail allegations of bias so that she can conduct her own investigation “because it may be that those officers are involved in cases in our office and I must — and I will — protect the integrity of every single prosecution that this office conducts,” she said.

“The systemic racism against officers alleged in the report comes from the same culture that has caused ongoing abuse and mistreatment of our clients — Black and Brown men and women who are targeted by police and then discredited when their accounts contradict those claims by misbehaving officers,” Lotridge said at Braveboy’s Friday news conference.

The public defender appreciated her commitment to transparency surrounding the release of records, noting attorneys in his office never have access to them.

“We’ve made efforts, we always get shut down,” he said. “I think there’s there will now be a huge effort to change that.”

Braveboy also said that she has reached out to independent use of force experts, noting that she had previously relied on the police department’s training academy instructors. She is also offering county police officers training in constitutional policing practices and asserted that she is more closely investigating officer-involved cases.

“Those cases often are the most controversial cases that we deal with,” she explained, “so it’s really important to us that we have information on those officers making those complaints and that we are able to provide defense counsel with any exculpatory information that may be in their police files, because our goal is not to protect a case — our goal is to protect justice, and justice requires transparency.”

Alsobrooks announced Prince George’s County Assistant Chief Hector Velez would be taking up Stawinski’s position in the interim while officials conduct a national search for a new department chief. 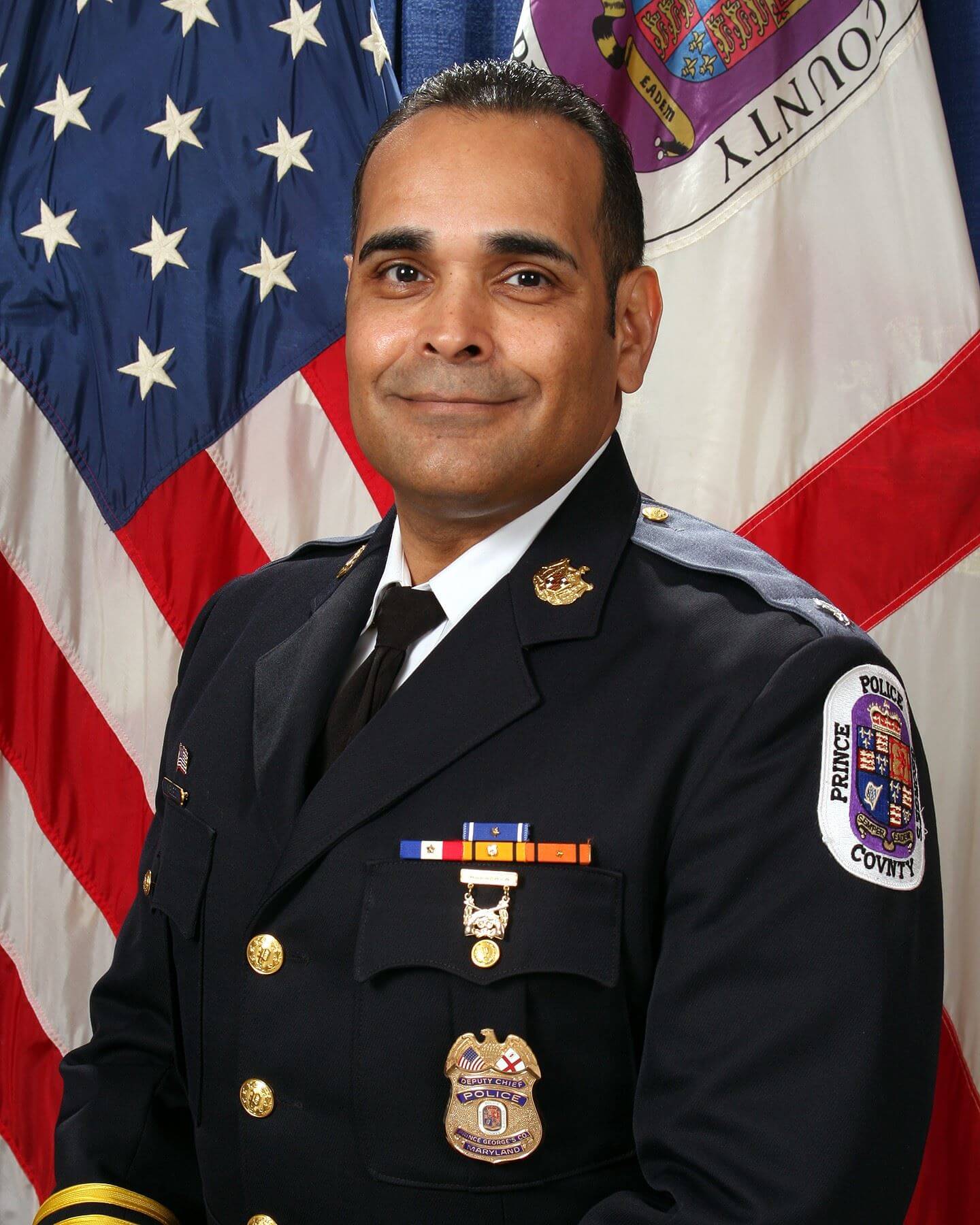 “Hector knows this department and he is immensely qualified,” Alsobrooks said. “We have a strong department with committed and intelligent men and women. It is a wonderful department, but Hector knows, also, our challenges and he’s ready to address them and hit them head-on.”

A native of Brooklyn, N.Y., Velez has been with the Prince George’s Police Department for 26 years. He previously served as a fellow in the International Association of Chiefs of Police Fellowship Program, where he supervised and planned the first Civil Rights Advisory Committee meeting in Memphis, Tenn.

Alsobrooks, a former state’s attorney, said she’s very aware of the problems within the county police department and plans to conduct an assessment to pinpoint what needs to change, adding that they “sought to” bring in a consultant months ago.

“We will continue that work, and whatever we find that is broken, I assure you I will fix it,” she declared.

In a statement, Prince George’s County Council President Todd Turner (D) said this is an important period of transition for county law enforcement.

“While crime continues to drop within the County, it is clear we still have work to do to transform our police department, and to better serve our community,” he said. “The Council believes it is important for the next Prince George’s County Police Chief to continue to build trust in the community, and improve relationships, accountability and inclusiveness.”

Braveboy said that Alsobrooks is putting together a task force surrounding these issues, and that her office will participate. 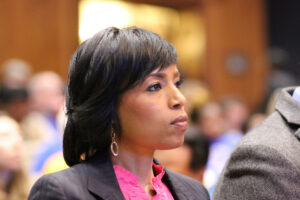 Asked if she was willing to release an unredacted version of the report filed ahead of Stawinski’s resignation, Alsobrooks said that she can’t comment because of the pending lawsuit.

She did say, however, that the allegations concern her.

Braveboy said that her office will be requesting the unredacted version of the report to ensure “the veracity of the claims in any [of her office’s] investigation[s].”

“It is important that we know if there are bias claims,” she said. “We’re not saying that they’re accurate, but we need to be able to investigate those.”

The county executive also said that she would continue working towards pushing for police transparency and accountability.

Braveboy said she was “encouraged” by Alsobrooks’s commitment to transparency, and vowed that she is similarly committed.

“Where we find barriers to that transparency, I must and I will advocate for change and greater accountability,” Braveboy said.