I love going to the movies. My earliest memories of the movies are my mother using trips to see “The Lion King” or “Good Burger” to bribe me into getting my vaccinations in the ’90s.

Amid a global pandemic, you can still find me as quite the movie buff. Films on Netflix, Amazon Prime Video, and Hulu simultaneously convince me to spend much more time sedentary on my couch than is necessary for any human. More recently Bengies Drive-In Theater opened back up after a long stint of being temporarily closed to the public due to COVID-19. 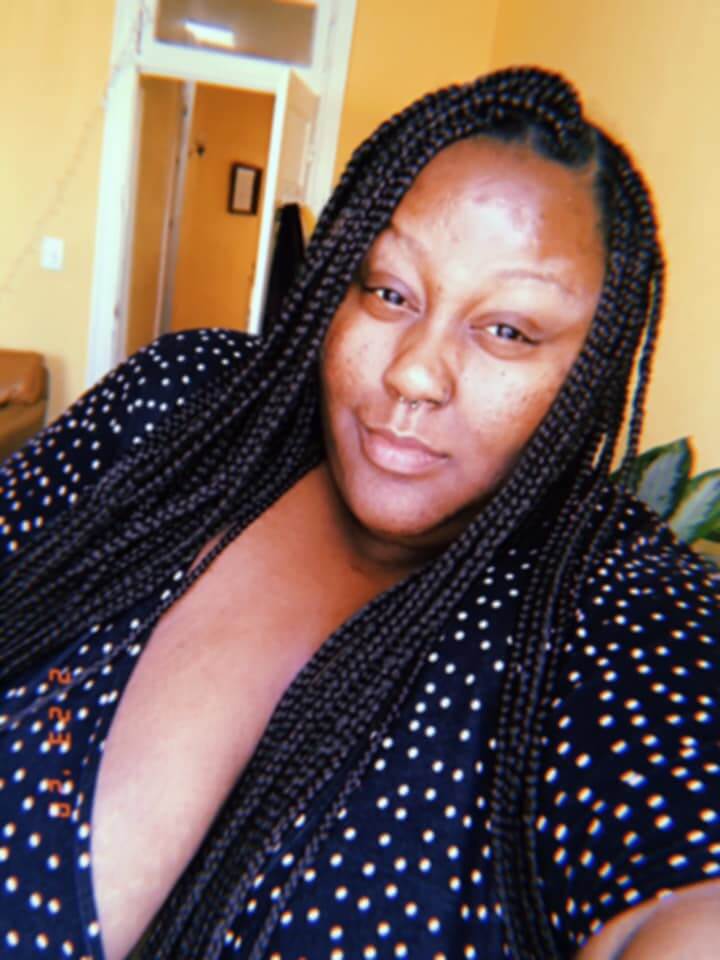 I heard about the historic theater, which has been open since June 1956 (the year before my mother was born), through conversations online that they may have been facing some financial difficulty due to the closure. I vowed after seeing those conversations to buy at least one ticket when they re-opened.

When an article on my Facebook timeline from FOX45News alerted me that “Gov. Hogan Says Drive-Ins Can Open,” I was elated. Outside of small socially distanced gatherings under 10 people in volume with close friends or family I hadn’t really been out. I immediately bought four tickets to see a double feature of “Sonic the Hedgehog” and “Jumanji” at “The BIGGEST Movie Theatre Screen in the USA”.

In buying my tickets I hardly noticed all the red, white, and blue laced throughout Bengies website; or the emboldened site titles stating, “Little Has Changed,” which in retrospect is either super comforting and nostalgic or a little bizarre.

As a Black woman who finds herself juxtaposed in civil unrest due to the unjust police killings of Breonna Taylor, George Floyd, Tony McDade and Rayshard Brooks amid a global pandemic that is disproportionately affecting Black people in every possible way, I worry about things not changing. There is so much risk for Black people in the U.S. when things don’t change.

After about a 25-minute drive with my best friend Ebony from the city into Middle River where Bengies is located, we entered the driveway, just the two of us and my four tickets. OK, maybe I overshot the estimate of how many of my friends like blue hedgehogs and drives to Middle River.

Upon entering the driveway you’re guided into toll-lane like booths where you show your tickets and pay an extra $15 cash for a permit to eat outside food — fair enough, we thought. But we had no cash. We then had to follow the procession of cars readying themselves for the movies to start to find the exit to the nearest ATM. As we wound through the rocky path in my Ford Escape both Ebony and I grew nostalgic, thinking of movies we’d seen that had taken place in drive-ins, like “Poetic Justice” or “The Flinstones.”

Just as we neared the exit I noticed a sign warning us of the traffic spikes that would surely pop my tires if I reversed. Their traffic spikes were rusty and looked more like my car would catch tetanus, if anything. I was still excited about the movie, though.

Remembering I saw a RoFo or Royal Farms on our way in, we grabbed more snacks and some cash there. We hurried back to the theater and officially found our spot awaiting the movies’ start. Directions are clear on your way to your car spot that you’ll need to tune-in to channel 105.3 on your FM radio to hear the sound of the movie. I hadn’t yet turned my engine off and realized later in my excitement that there are clear directions to do so. Because I hadn’t, an older white man in a neon green Bengies shirt approached my vehicle tapping the back of his knuckle on my driver’s side window motioning for me to roll my window down. 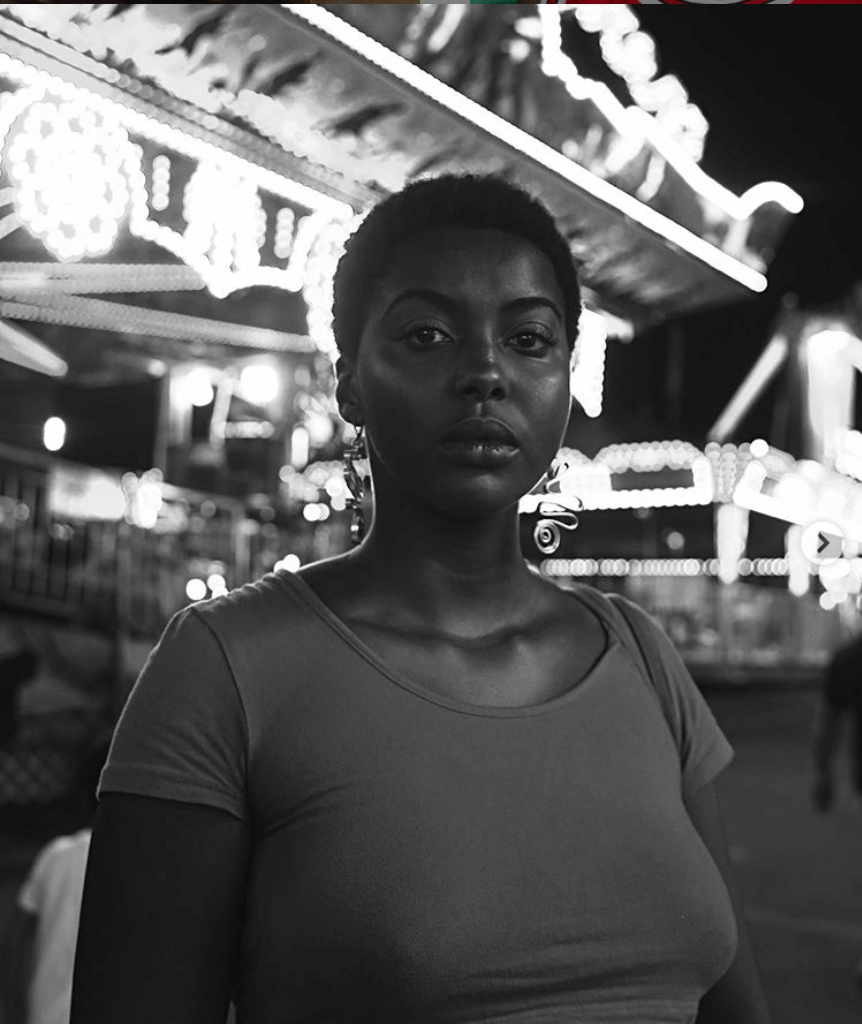 It was eerie to think this is how the beginning of the end of Black lives happens during police stops. I eventually escaped my grief-stricken thoughts, cracked my window and he asked in a grumbling tone, “Could you turn your engine off?” He walked a few paces north of my car and stood to wait for the sound of my engine to stop. When it did, he nodded, smirked, and walked away.

Ebony and I both smirked with a mutual understanding as Black women of how scary common everyday interactions can be when racial tensions are high. We both shook off those notions and chilled. Shortly thereafter the big-screen was flashing images and we heard music reminiscent of the 1950s blaring through my car stereo, a few quick announcements from a nearby attendant, and then it happened.

He announced, “Bengies starts each evening with the playing of the National Anthem.”

My heart sunk, I looked at Ebony and I’m sure hers did, too. We both pursed our full lips. As if things hadn’t felt Dystopian enough from COVID-19 and the current civil unrest. I started to question what year Black people had even felt comfortable or welcomed coming to Bengies.

I admit I have never felt very All-American. While the words to the song were bronzed into my head from elementary school assemblies, it felt untimely. Thunder literally began to roll in the skies as the words to this archaic song started to permeate our already traumatized minds. We telepathically decided to turn the volume all the way down.

We had spent the better part of the last few weeks watching a Black man take his last breath under the knee of an officer sworn to serve and protect these United States. Seeing the news of a Black woman shot dead in her sleep by officers who are sworn to protect the weak, defenseless and helpless, and fight for the general welfare of all. Local protests circulated photos of officers taking a knee and this gesture just didn’t feel equal to an apology for often breaking the oath.

I had come to the drive-in for an escape and felt cornered by the images of the flag rippling and just wanted to close my eyes. I kept peeking to see if it was over. I turned my volume nob up just in time to catch, “O’er the land of the free and the home of the brave!”

Black people don’t feel very patriotic right now, and I’m not sure we ever did. The Bengies website was right, little has changed. We feel disposable, hurt, and definitely do not feel the actions of this country or the officers sworn to protect it have been brave.

Americans, whether transplanted or born here, are resilient and rising up against a system that was never built to protect many of us. When you’re Black, even a night at the movies becomes a reminder of a history of well over 400 years of mistreatment, lack of belonging, and fear.

There is no escaping it — it doesn’t matter how many tickets you buy or how well-meaning you are. The reminders are everywhere and in bold. Not unlike those treadles, the laws of this land are old and rusty; reversing through the years seems just as dangerous as going through them.

“America never was America to me” — Langston Hughes

The writer is a Baltimore-based artist, community advocate, social change and arts consultant. She is an M.A. candidate in Social Design at Maryland Institute College of Art.

Enjoy reading Maryland Matters? Get our morning news roundup in your inbox. Free. Click here to sign up.