As a 48-year-old African-American male, I have had many many interactions with law enforcement.

I was arrested for running away from an abusive home when I was 11. I was taken back to that home even after I told the officer what I was going through. I was arrested for defending myself from a group of skinheads when I was 18. Not only was I the only one arrested, I was wrongfully charged with multiple unfounded violent offenses.

At 25, I was wrongfully accused and charged with stealing a laptop from my employer (I was the only African-American they employed) even after my vehicle was searched and I showed the officers where the missing laptop was. The charge of grand theft larceny still appears on my record today. Each time, I was confronted with a gun, searched, finger-printed and arrested. 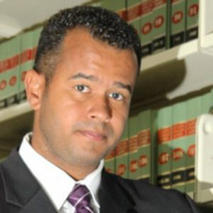 In a nutshell, I have had numerous run-ins with law enforcement, including a multitude of traffic stops where I was removed from my vehicle and forced to the ground. So I do understand why African Americans do not have faith that they will be treated fairly by the police…I know I don’t!

Despite my lack of faith, I honestly believe Black communities need a meaningful police presence more than most communities across the country. When crime rates increase, it is our communities that suffer. Our schools perform worse. Our property values decrease. Our stores close. Our businesses fail. And worst of all, our people are disproportionately victimized at the hands of criminals.

Black communities want law an order just as much as any other community. We have families. We own houses. We run our own businesses. We don’t hate the police! We just want them to see us as citizens worthy of being protected and served. Put another way, we deserve the righteous, equitable and moral protections that our laws offer.

For too long, Black citizens of this state have been subjected to myriad policing organizations, style, types and failures. We now have a single moment in this nation’s history to address the injustices of police brutality and redefine the role of law enforcement in Maryland. The clearest solution is to create a professional police force in every jurisdiction. This can only be done by dramatically raising the standards that the Maryland Police Training Commission applies for anyone in this state that they license to carry a badge and gun.

It makes very little sense that the Training Commission does not have an educational requirement before it licenses officers. While a four-year degree may not demonstrate intelligence or ability, it does show a willingness to invest time and money in bettering themselves.

Being a police officer should not be fall-back career. Like every other profession, it should be a goal that a person works towards. If not a four-year degree in a field related to police work, at least require four years of military and an associates degree with an understanding that white-shirt police officials (lieutenant or above) have a four-year degree.

Currently you can be given a job that allows you to have a badge and a gun and complete authority over most everyone you meet, with little more than a clean criminal record at the age of 21. That is too much power to give with such a low standard of education or self improvement.

Additionally, I always wonder how the police would arrest a 240-pound Black man, like myself (it’s winter weight), who does not want to comply.

The fact is, no one really wants to be arrested. Not everyone believes that they should be placed under arrest nor is every police order a lawful one.

There are no consistent statewide training standards for officers throughout the state. It is appalling that there is no monthly or quarterly hand-to-hand or close quarters combat training requirements. Judo, Jujitsu, Krav Maga…training that provides officers more tools to control a hostile unarmed opponent, instead of a weapon. There is not even a decent physical standard that officers must maintain for their employment. As such many officers lack the ability to pursue or maintain physical control of an aggressive suspect without deadly force.

Even the requirements for weapons training are negligible. Most officers are neither competent nor confident in their weapon abilities because they only attend the range once a year! And when they do train, they shoot at a non-moving paper target once a year! If you only draw your weapon once a year, you are not ready to deal with a crisis.

We all get nervous when we are not prepared to do our job. That lack of confidence can easily turn into fear once a situation turns hostile. So, of course they are scared when things turn hostile, they haven’t trained for it!

When people are afraid, they panic. When the panic, they make poor observations and bad decisions. Panic turns a hostile situation into a deadly one. It is unfair to continue to send our officers into hostile situations when they are not properly and continuously trained to deal these threats. Instead of shooting at a paper target once a year, officers should receive monthly or quarterly handgun training under varied and stressful circumstances.

We must also require each and every officer licensed by the Maryland Police Training Commission to carry some form of malpractice insurance. Realtors, doctors, lawyers, CPA’s and many other professions require some form of insurance to cover the cost of professional misconduct and misfeasance. It is inconceivable that our jurisdictions must pay out settlements for police brutality cases, yet the union or officer has no financial liability.

If the unions were required to pay for malpractice coverage for their members, officers might be more motivated to stop the misconduct of other officers, lest they have to pay-out-of-pocket. And If the “bad apples” continue to amass infractions, they would be dropped from by their insurance provider and no longer be able to operate as a licensed officer. Just like many other professionals!

Law enforcement is a unique profession, unlike any other in this country. While they are employees, they are paid by the community members they police. Unlike any other employee, they can force you to stop on the road, they can enter your house uninvited and they can use force as a tool of their trade. They can even take the life of another individual. Therefore, the community that they serve should have more input in the service they receive.

Community policing must be the standard to ensure that officers know their citizens and become familiar with their jurisdiction. Requiring officers to live within the county where they are employed — or move there after hiring — would keep them vested in their community, since it would be THEIR community. Each jurisdiction should have community oversight board to reviews citizen complaints and recommend actions to be taken.

Lastly, community members should be appointed to sit on every law enforcement hiring board and have a vote on who is selected to serve them. Then they would be OUR professional law enforcement officers, since our community helped select them. This would go a long way toward restoring trust between the community and police and combating racist outcomes.

Now comes the uncomfortable truth…we must be willing to pay the cost for a professional police force. Much like teachers, our licensed officers need a minimum wage in Maryland that is high enough to attract and retain the best of the best. Otherwise, we will continue to get what we pay for…or far less.

This doesn’t have to be a dramatic increase. In fact, if they are paid as professionals, on salary and remove all of the overtime, we might be able to provide a meaningful increase in pay and still save money in each jurisdiction. Once fully implemented, Maryland can have the nation’s first truly professionalized police force that can set the standard for every other state in the union.

I know that there is an exhaustive list of ways to improve on policing in this state, but we should do everything possible to ensure that we have a viable police force that is capable and willing to serve the needs of our community. Of course we still need to mandate body cameras. No recording = no conviction.

We must dramatically increase the standard to apply for “no-knock” warrants! We need to reduce police interaction with citizens by getting rid of the right to search a car because of the smell of marijuana. We need to do a whole lot!

While there is no silver bullet to preventing police brutality, we cannot miss this opportunity to make drastic and sweeping changes in the way we are protected and the way we are served. We must be bold and thoughtful in our thinking and in our legislation.

I know that raising the expectations, requirements and compensation to create a professional police force in each jurisdiction is just foundation to fomenting a trust between or community and its police force. But our current model is broken and we would be foolish to attempt to rebuild the law enforcement community without making drastic changes to its foundation.

The writer, a Democrat, represents Charles County’s District 28 in the Maryland House of Delegates. He is a defense attorney and former prosecutor.