One of the lessons we all can take away from the past three months is the importance of oversight and accountability.

As we continue to experience our nation’s mismanagement of the COVID-19 pandemic, my heart and mind are called to the duty I hold as a legislator to oversee our state’s executive and administrative agencies and hold them accountable. That call of duty was in my spirit this week as I joined my colleagues in the Maryland General Assembly’s Ways and Means and Educational Health and Environmental Affairs committees for a hearing with the Maryland State Board of Elections to discuss its execution of the 2020 primary election.

Unfortunately, that election was plagued by missteps. It was a potent reminder that democracy doesn’t just happen; it requires thoughtful and competent leadership.

As you may already know, Maryland had the enviable position of having something akin to a practice run ahead of the recent primary. Because of the death of Congressman Elijah Cummings, our state was already planning for a special election when the COVID-19 shutdown began. Ultimately, that election was moved to a vote-by-mail process.

While no election in our democracy is simply a “test,” the hurried nature of the new election procedures meant that the timing was not ideal for conducting our state’s first mail-based election. Still, it gave the state elections board an opportunity to evaluate its processes, practices and polices for the smaller special election in real-time so that it could make sure the upcoming, statewide primary election was conducted with integrity.

During both of these elections, I wrote to our state elections administrator, board chairman and the Baltimore City elections director on multiple occasions to express my fear that the elections were being conducted in a manner that would likely disenfranchise voters. Nonetheless, I held off on drawing any conclusions about the board’s conduct until hearing a full report of its activities and weighing all of the facts available.

The testimony from this week’s hearing left me with no doubt that voting by mail for each of these elections was essential to protect the health and well-being of Marylanders. Contrary to the patently false claims of some, an election conducted by mail does not result in fraud or abuse.

Indeed, it’s a great way to make sure that voters have time to carefully consider candidates and submit their ballots well ahead of Election Day. It’s also a necessary measure to observe social distancing. A problem with voting by mail can occur, however, when voters don’t receive their ballots on time — or receive the wrong ballot. And in these respects, the individuals responsible for administering Maryland’s primary election let the voters down. 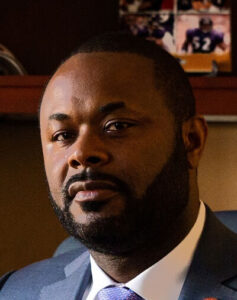 Throughout the process, the board lacked a sense of urgency and disappointed Marylanders by providing minimal communication on the most basic matters at the heart of administering a modern election. In fact, many citizens and civic organizations raised important and pertinent inquiries to ensure that the integrity and transparency of the special election was sound only for their concerns to be disregarded — both during the special election and again during the primary election.

This lackadaisical approach was apparent when I personally communicated with the board about my own concerns with the special election. I raised simple questions about provisional ballots, absentee ballots, overseas ballots and the canvassing process. But it took over two weeks of correspondence with the board’s staff before my questions were ever answered.

Yet following the special election, the board seemed to take little, if any, effort to address the troubles that were identified — and should have been resolved — prior to the primary election.

Instead, this is what we experienced during the primary:

I cannot fathom how any elections administrator could be so unaware of the sensitive nature and importance of an election for an area with a predominate population of black voters. These missteps by the State Board of Elections lack compassion, equity and social consciousness on how to ensure that all citizens have affirmative access to the ballot box.

When it became clear that Baltimore’s ballots were being delivered after other ballots throughout the state, the board should have accepted full responsibility for its error and provided an apology to the citizens of Baltimore City. Instead, the board engaged in a disappointing blame game and tried to shift responsibility to an outside vendor.

That vendor, by the way, publicly stated that the late ballots were the result of tardy files being sent from the state board. And as the state board volleyed in public over whom to assign blame for the delay, Baltimore voters struggled to obtain their ballots in sufficient time.

For those voters who chose — or had no choice but — to go to the polls in-person, they confronted the reality of only six polling locations being available — with wait times up to two hours. The locations of these polls also missed the mark with respect to accessibility. A number of the polling locations were situated along the city/county line rather than being located in the heart of the city in East or West Baltimore.

After careful consideration of the testimony and facts presented at this week’s hearing, I too must say that I lack confidence in the current leadership of the State Board of Elections. Leadership isn’t easy. That’s why we place trust in public servants to look out for our interests, especially when times are challenging.

In the midst of the COVID-19 pandemic, Marylanders placed their trust in the State Board of Elections to administer the primary election in a fair and equitable manner.

Chairman Michael Cogan and Administrator Linda Lamone did not rise to the occasion. They should step down immediately.

The writer, a Democrat, is a member of the Maryland Senate, representing the 45th District, which encompasses Northeast and East Baltimore City.

The Democratic Attorneys General Association announced Tuesday that it was “thrilled” to endorse Rep. Anthony Brown to be the next attorney general for the…