The head of the Legislative Black Caucus wants the General Assembly to return to Annapolis before January to override a series of vetoes issued by Gov. Lawrence J. Hogan Jr. (R), particularly the measure to provide new funding for the state’s historically black colleges and universities.

But the caucus has yet to discuss the issue formally and has not taken an official position on whether to convene a special session.

The internal discussion comes as an array of issues of concern to the Black Caucus — including police killings of unarmed Black men, racial inequities in health care, economic opportunity and education, and the health and economic ravages of Black communities laid bare by COVID-19 — have taken on a new urgency in recent weeks. And it also comes as a progressive group, Our Revolution Maryland, has launched a petition drive urging the legislature to reconvene in a special session. 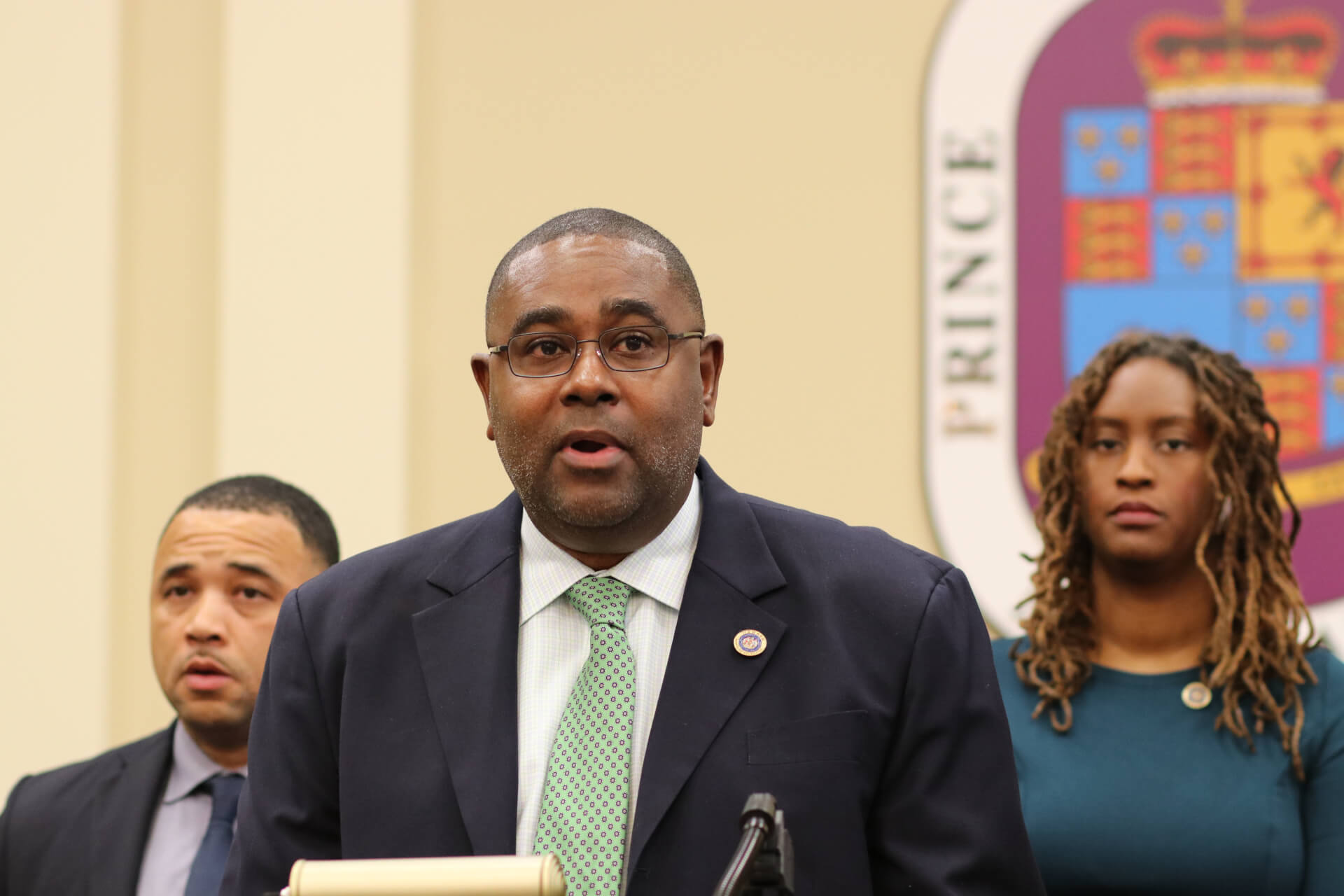 “All of us were disappointed that the governor vetoed a lot important bills that I think would have made a substantial difference in the lives of all Marylanders,” Del. Darryl Barnes (D-Prince George’s), the Black Caucus chairman, said in an interview.

“I think our four HBCU’s here in the state of Maryland have been greatly impacted by this COVID-19. They could definitely use the dollars from the HBCU lawsuit.”

One of the measures Hogan vetoed in early May — House Bill 1260 —  would have provided an extra $577.7 million over the next decade for the state’s HBCU’s, with the aim of settling a years-long lawsuit against the state for disparity in funding and resources.

But he blocked many bills that created a new program or expanded spending, on the grounds that the state was in the middle of two historic crises — a pandemic and the collapse of the state’s economy.

“The economic fallout from this pandemic simply makes it impossible to fund any new programs, impose any new tax hikes, nor adopt any legislation having any significant fiscal impact, regardless of the merits of the legislation,” Hogan wrote at the time.

The HBCU funding bill would have required a settlement before December. If lawmakers don’t meet in special session before then, a 13-year lawsuit against the state could be revived and a settlement could be dictated by the courts.

When they opted to adjourn three weeks early in the face of the growing COVID-19 epidemic, the legislature’s presiding officers said they hoped to reconvene in late May, but those plans were latter scuttled as the virus continued spreading.

Barnes said General Assembly leaders are debating whether to reschedule the public session to override Hogan’s vetoes or do it in January during their annual 90-day session.

Some members of the Black Caucus think it would be prudent to wait.

“We have no idea what the future is going to bring,” said Del. C.T. Wilson (D-Charles). “We’ve already taken a huge financial hit as a state. And I’m seeing in some of the other areas that opened up sooner — Arizona, Georgia, Arkansas, places like that — hospitalizations are spiking. So this could come around and get us again in the fall.”

Wilson said among the issues facing lawmakers will be: “Are we going to have the money?”

“We’re not like the federal government,” he said. “We don’t get to print money.”

But another member of the Black Caucus, who requested anonymity to freely discuss some of the internal debate, said the legislature — and lawmakers of color in particular — could be missing a golden opportunity by not convening now, during a historic moment in U.S. history, when voters are demanding that their leaders address systemic inequities.

“There are some concerns that if we don’t [meet in special session soon], the energy surrounding these issues will dissipate,” the lawmaker said.

While local governments in Maryland are beginning to discuss urgent issues like reining in police behavior, “we can also get something meaningful done” at the state level, the legislator said.

House Speaker Adrienne A. Jones (D-Baltimore County) — the first African-American presiding officer of the General Assembly in Maryland history — recently created a workgroup of House members to discuss police accountability in the state, which will propose legislation for the upcoming session. The workgroup is scheduled to hold its first virtual meeting on June 23.

The petition from Our Revolution Maryland — a group that spun off from Vermont Sen. Bernie Sanders’ 2016 presidential campaign — mentions six vetoed bills that progressive activists would like the General Assembly to override. In addition to the HBCU legislation, they are pushing to pass the Blueprint for Maryland’s Future, an ambitious and costly education reform measure; a bill to provide funding for the state’s new Prescription Drug Affordability Board; a bill banning the pesticide Chlorpyrifos; a bill to expand commuter train service in the state; and a measure requiring background checks for all private sales and transfers of rifles and shotguns.

On its online petition, Our Revolution Maryland said the bills Hogan vetoed “would have put Maryland on the path to a progressive future.” As of 9 p.m. Sunday, the group had collected 562 online signatures.

The top aides to Jones and Senate President Bill Ferguson (D-Baltimore City) said late last week that the legislature’s presiding officers aren’t ready to commit to a special session yet.

“No decisions have been made on a special session at this time, and the president continues to discuss with leadership, keeping health concerns of staff, members, and the public at the forefront,” said Yaakov “Jake” Weissmann, Ferguson’s top aide.

Jones — the lead sponsor of the HBCU legislation — “doesn’t have any immediate plans to come in for a special session,” said Alexandra M. Hughes, the speaker’s chief of staff.

But Hughes said Jones is “talking to the president about contingency plans in case we have to come back before January.”

Two months ago, Jones and Ferguson said legislative leaders were beginning to discuss ways the General Assembly could meet remotely or in alternate settings to the State House if necessary.

“We have been assessing all of the legal and technical issues to ensure the General Assembly can meet its Constitutional obligations,” they said in a statement provided to Maryland Matters. “Even in the face of a global pandemic, we have a responsibility to the people of Maryland who elect us.”

Maryland’s coronavirus numbers have declined, allowing Hogan to reopen much of the state’s economy and allow some social interaction to resume. While the hit to the state’s treasury has not been as dire early warnings suggested, the toll has been considerable.

For those reasons, Del. Nicole A. Williams (D-Prince George’s) said, it’s better for the legislature to wait — a sentiment several allies of Jones and Ferguson have also expressed.

When the legislature isn’t in session, the Board of Public Works, consisting of the governor, the comptroller and the treasurer, can make cuts to the state budget. Some lawmakers believe it makes some political sense to let the BPW make some initial cuts before the legislature returns to Annapolis so lawmakers can assess the state of the state’s fiscal affairs.

In addition, Williams said, many lawmakers are in high-risk groups and shouldn’t be gathering in large groups at this time.

“We do have, especially on the Senate side, more older, senior members — some of whom have pre-existing conditions. So we definitely want to make sure that all of the members are safe and are going to be able to stay safe.”