William P. Doyle, a former United States Federal Maritime Commissioner, has been chosen to be the new executive director of the Maryland Port Administration.

And Tim Smith, who is currently acting administrator at the State Highway Administration, will take the top post permanently. 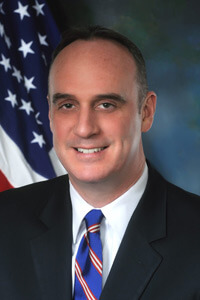 William P. Doyle will be taking over the Port of Baltimore. Federal Maritime Commission photo

Doyle served as U.S. Maritime Commissioner from 2013-2018, a post that involved negotiations between maritime interests and labor organizations. The role also involved trade discussions with the People’s Republic of China, the European Union Trade Commission and other trading partners.

“With a distinguished career in the maritime industry and international trade spanning nearly three decades, I am confident that Bill Doyle will lead the Port of Baltimore in driving Maryland’s economy forward,” Hogan said in a statement.

“Under his leadership, the Port of Baltimore will continue to create jobs and keep the supply chain moving as it has throughout the COVID-19 pandemic.”

“Bill has experience with major infrastructure projects that will prove invaluable as the Port continues to work with its private sector partners and the Baltimore community to deliver generational projects,” Slater said.

“From global negotiations to working with Congress to fund critical dredging projects, Bill understands all the elements needed to propel the Port of Baltimore to the next level.”

Doyle fills the vacancy created when James J. White, who led the Port of Baltimore to record growth during his nearly 20-year career, stepped down in late December. Doyle takes the helm on July 22.

Smith has held a variety of positions at the State Highway Administration and in the private sector. He joined the agency 21 years ago and has served as Director of the Office of Materials Technology, District Engineer, Chief Engineer and Deputy Administrator.

As of June 17 he will be responsible for maintenance, construction and traffic operations across the state’s 17,000 lane miles of roadway and its 2,500 bridges. 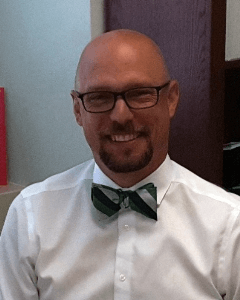 “Tim Smith’s leadership has been integral to MDOT SHA’s approach to the COVID-19 response, ensuring highway maintenance and construction projects stayed on track to keep the supply chain moving and delivering projects to support Maryland’s economic recovery,” the governor said.

“Tim is devoted to providing a system that delivers safe travel options for all users with a special passion for ensuring safer access for bicyclists and pedestrians,” Slater said.

MDOT is pursing an ambitious plan to ease some of the nation’s worst bottlenecks in the Washington, D.C., area.