“I think we learned a lot of lessons,” Hogan said during a State House news conference. “We sort of wrote the book on how to deal with these things in 2015 and now, it’s even better.”

Five years ago, the city saw multiple days of unrest when Freddie Gray died after he was held in Baltimore City Police custody.

The governor sang the praises of Baltimore City protesters, who he thanked for keeping the peace and “showing the power of a strong, compassionate and united community.”

“I’m incredibly proud that during this difficult time, the people of Baltimore City have set an example for the rest of America,” Hogan said.

Jones told her fellow lawmakers that demonstrations organized by the state’s youth have “modeled for the rest of the country what peaceful protests look like.” She also said she’s ready for a shift.

“Do not mistake what people are protesting and what we are fighting for — change in a systemic, racial injustice that has hurt, killed and held down so many black Americans,” Jones said. “The House is committed to passing systemic policing reform in the 2021 legislative session.”

Over the weekend, Jones announced that she and House Judiciary Committee Chairman Luke H. Clippinger (D-Baltimore City) would be creating the Workgroup to Address Police Reform and Accountability in Maryland, which is set to begin meeting this summer.

Comprised of 13 House lawmakers, the workgroup will review misconduct and body camera and use of force procedures, among other policies.

Hogan said he’d be “certainly more than happy” to review the workgroup’s recommendations.

“There are a lot of questions about the future; about what our democracy looks like; about our institutions,” Ferguson said Wednesday. “And it is processes like this — it is the legislative branch that is reviewing and overseeing the emergency alongside of the executive that is essential to restore faith and trust in the institutions that we are all a part of.”

At the start of Wednesday’s Board of Public Works meeting, Lt. Gov Boyd K. Rutherford (R), explained that while he has “the utmost respect” for law enforcement agents, including the relationships he has forged with Maryland state troopers assigned to his security detail, he stands with people protesting the death of Floyd. 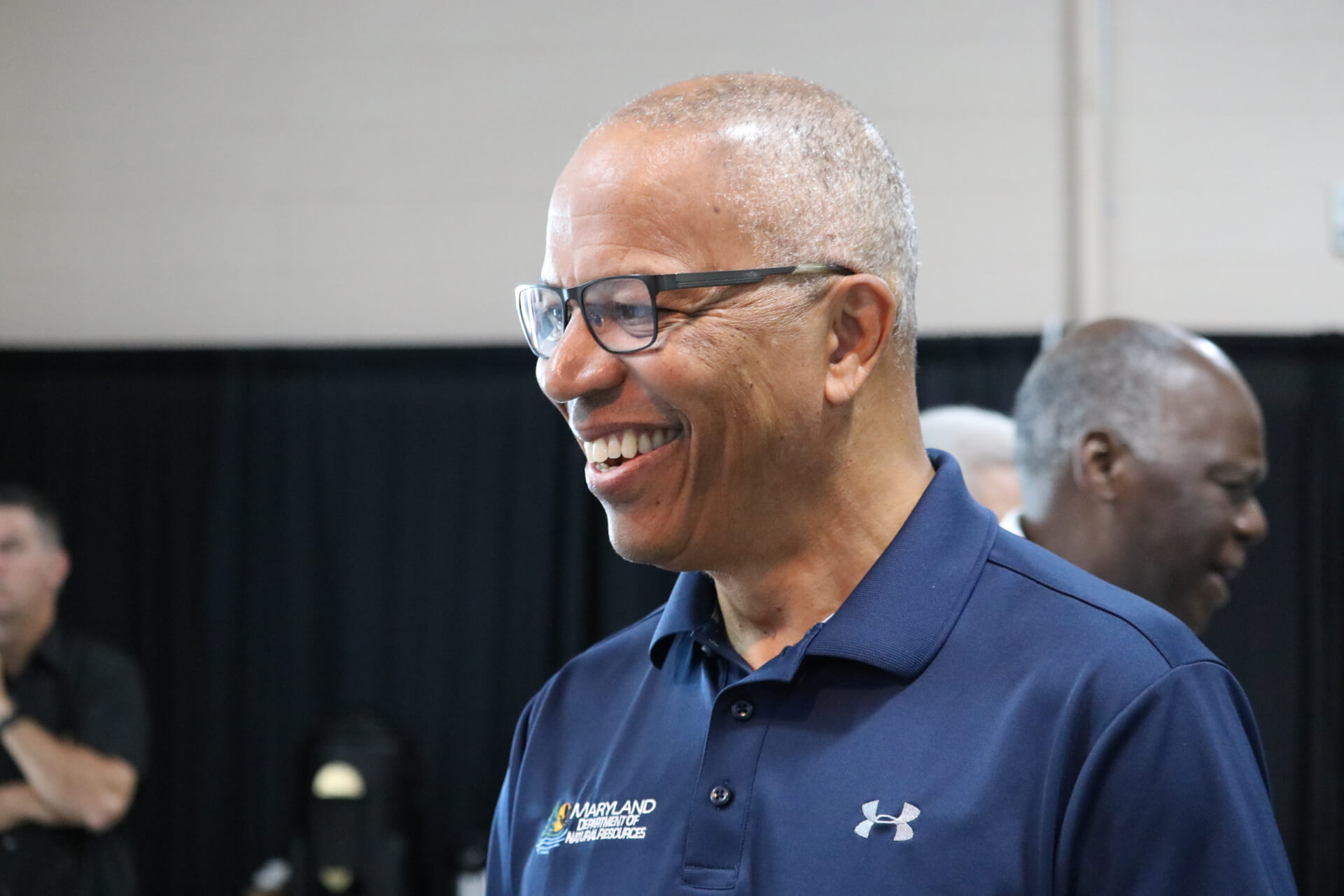 “Unfortunately, though, there are too many men and women across the country that look just like me, who instead of feeling safe and protected when they see a law enforcement officer they feel anxious, and, in some cases, afraid,” Rutherford said. “And while I know there are thousands of hardworking and dedicated and caring law enforcement officers across the country doing great things in their communities every day, their positive work can be overshadowed in an instance by those who will abuse their power and authority that they had received by having a badge and a uniform.”

Rutherford said he was born in Washington, D.C., three years after the historic Brown v. Board of Education Supreme Court decision on racial discrimination in education. “No stranger to discrimination,” he explained that as a young man he experienced mistreatment at the hands of Prince George’s County police.

After condemning agitators who have caused violent protests in other cities, Rutherford praised Baltimore City protesters for remaining peaceful during the days and nights of demonstration seen in the city — noting an instance where protesters found and turned over a man to police who had thrown fireworks over the police line Monday evening.

“I hope Maryland can continue to be model for the country on how you can protest, demonstrate and express your concern in a peaceful manner and not allow outside agitators to take over or hijack the message that we’re trying to send.”

State Treasurer Nancy K. Kopp (D) told the board that she participated in civil rights protests half a century ago, and is “ashamed [she] didn’t continue doing it.”

“Protest is a wonderful American institution,” she said. “To hear the president of the United States apparently regard it as the next thing to insurrection and revolution is frightening and wrong, and I think the state of Maryland, thus far, has shown that to him.”

President Trump has been harshly critical of the protests happening across the country, recently threatening to involve the military.

Comptroller Peter V.R. Franchot (D) criticized Trump’s decision to clear a peaceful protest near the White House with tear gas and rubber bullets so he could take a photograph holding a bible in front of St. John’s Church Monday evening.

“That’s pretty unprecedented,” said Franchot. “In a time where our economy is crashing and tens of millions of Americans are unemployed as we speak; when over 107,000 people have perished from the deadly pandemic; when there are riots and looting in dozens of cities around the country; when there’s innocent, commendable protests against police brutality all over the country; How exactly is this being described as making America great again?”

Asked if the use of pepper spray on non-violent crowds is an abuse of power, Hogan said it’s “almost the complete opposite” approach that Maryland has taken, noting very few instances of altercations seen in the past few days.

“I wouldn’t certainly have taken that approach,” he said.

While the governor may be winning praise for the peaceful state of the protests, he has caught a fair amount of flack for deploying members of the Maryland National Guard to monitor the monuments at D.C.’s National Mall.

In a statement, Dana Vickers Shelley, executive director of the Maryland ACLU, called it “an embrace of President Trump’s tactics that endanger the lives of Black people.”

Hogan said that he decided to deploy members National Guard after Dr. Mark T. Esper, the U.S. secretary of Defense, called him in an appeal to not have to deploy the military.

The governor explained that D.C. Mayor Muriel Bowser (D) does not have control over the National Guard and that she approved the mission. Maryland Matters reached out to her office to confirm but has yet to receive a response.

Hogan, who said that he opposes activating the military in this scenario, consented, qualifying that their deployment “had nothing to do with the things that took place” during Trump’s Monday night photo-op.