Andrew M. Schaufele stepped out of his role as Maryland’s nonpartisan chief economist on Thursday to urge lawmakers to steer state spending toward areas that will pay the biggest dividends.

He also pushed policymakers to make investments in career training.

Schaufele is departing early next month as head of the Board of Revenue Estimates to take a job with a Washington, D.C., firm that helps state and local governments ferret out fraud.

With his time in Annapolis winding down, he gave himself some additional latitude to add a handful of policy recommendations to his otherwise standard — and in this case, gloomy — economic forecast brought on by the COVID-19 pandemic.

“If there was ever a time to buckle down and focus on workforce development, this is it,” Schaufele told two House fiscal committees during an online briefing.

“You all have made significant investments in this over this last expansion. Rightly so,” he added. “But now might be the time to turn that dial up to 10 and really focus on that.”

Like employers in most states, companies in Maryland have long struggled to fill technology jobs.

Schaufele also pointed to research showing that certain jobs — he highlighted road and school construction — bring a greater return on investment, often measured by the “multiplying effect” of worker dollars circulating in the economy.

“Any sort of construction has a great macro-economic implication,” he said.

Schaufele noted that many older workers never recovered from the Great Recession, despite the sustained recovery began in 2009 and ran more than a decade.

“Many of them never came back,” he said of the estimated 75,000 Maryland workers who never re-entered the workforce because of a skills gap, drug dependency or other issues. 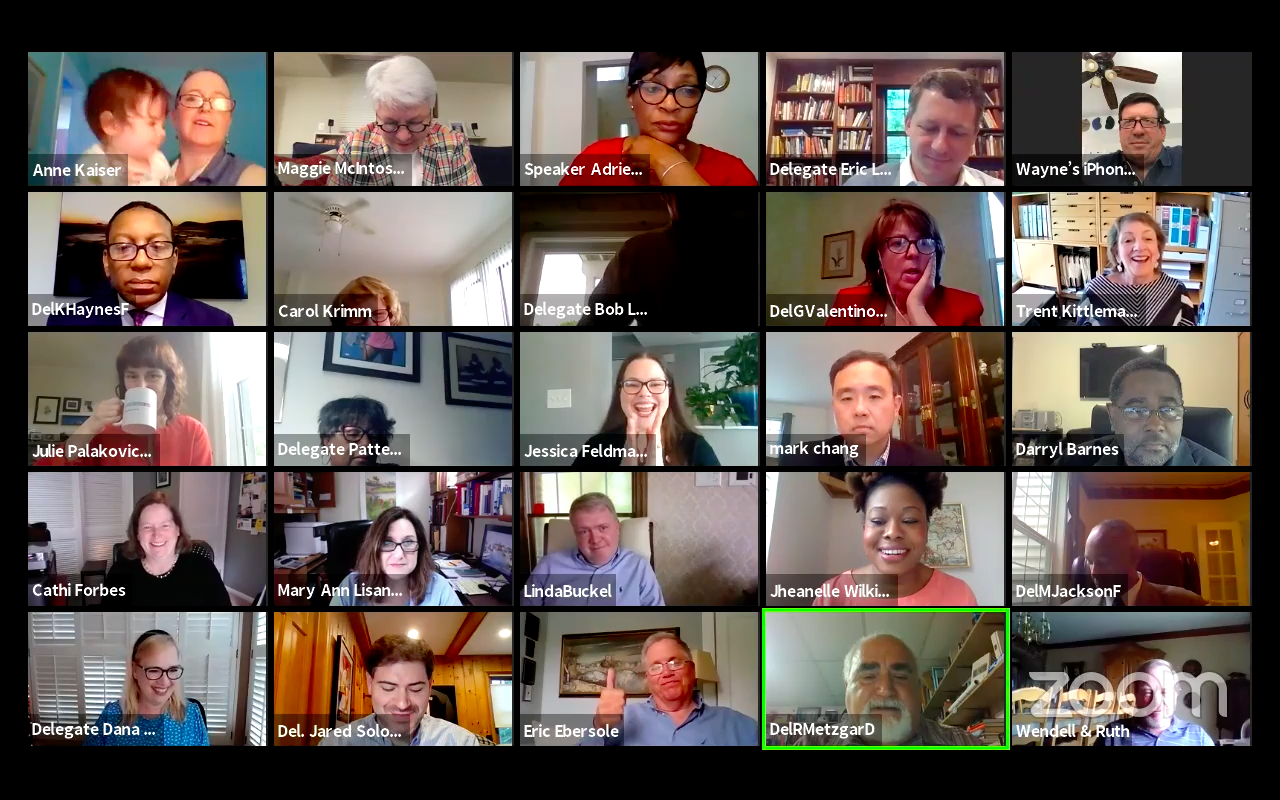 “We could literally fill a stadium with the people who were disaffected and throughout this prior expansion could never get back on their feet,” Schaufele told the joint session of the Ways & Means and Appropriations committees.

Schaufele predicted a long, slow recovery for service workers because of the hit the retail and restaurant sectors have suffered — and the uncertain future those industries face.

“And the obvious answer to me is the retraining has to be in the way our world will be moving, which is more digital.”

The bulk of Schaufele’s briefing focused on the massive downturn in revenues since COVID-19 brought the Maryland economy to its knees.

Although withholding taxes — the state’s single largest source of revenue — have not plummeted in the manner that economists predicted in the wake of mass layoffs, he said the outlook remains grim.

Projections on the shape of the rebound vary, he said. The one constant, across the various models, is that recovery will be a long time coming.

“It’s gonna be rough out there for quite some time,” Schaufele told the committees. He predicted a “a major correction” in the state’s labor force after the crisis.

That’s why he is urging the state to seize what he called the “real opportunity” for Maryland to position itself, by spending wisely.

“If we can invest in those people and find ways to connect them with the skills that are going to matter in the future, Maryland will way more competitive than other states.”

Opinion: An Opportunity to Help Marylanders With Dementia

The 2022 legislative session proved successful in advancing policies that aid the more than 110,000 Marylanders with Alzheimer’s and other dementia.