Baltimore City is expecting a big shakeup in leadership over the next few months, with a Democratic primary underway that will most likely decide several powerful city leadership positions, including mayor and City Council president.

Del. Nick J. Mosby, former Councilman Carl Stokes and current Councilwoman Shannon Sneed have emerged as clear frontrunners in a neck-and-neck race for Council president — the first competitive race for the seat since 2007.

“It’s a big moment for the city,” said Mileah Kromer, director of the Sara T. Hughes Field Politics Center at Goucher College. “There’s a large transition of leadership and we’re not sure how it’s going to shake out.”

According to a Baltimore Sun, University of Baltimore and WYPR poll released Thursday, Mosby was favored by 24% of Democratic voters polled, while Stokes trailed closely with 20% of the vote and Sneed had 18%. The poll of 400 likely Democratic voters was conducted May 11-18. It had a 4.9-point margin of error.

Nearly a third of voters polled said they were still undecided.

“This is really a contest between an old timer and new timers,” said Matthew Crenson,  Johns Hopkins University political science professor emeritus and expert in Baltimore City politics. Stokes is 70 years old; Mosby is 41 and Sneed is 39. 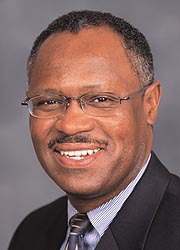 Stokes, the “old timer” in Baltimore politics, is well known throughout the city. He had different stints on the City Council, three unsuccessful mayoral runs and an unsuccessful bid for council president. He’s also a former Baltimore school board member who founded two public charter schools.

During his time on the Council, Stokes was known for ordering audits for city agencies and fighting against tax breaks for large developments.

The other frontrunners represent a newer generation of elected officials — part of a wave of more progressive Democrats representing Baltimore at City Hall and in Annapolis who arrived during the last few elections.

“People want change — they wanted change even before the coronavirus came along,” Crenson said. “The city has gone through a paralysis of leadership for the past six years.”

The Council president job has long been seen as a stepping stone to the mayor’s office, as the president automatically becomes mayor if the office is vacant. In fact, since 2007, three Council presidents have ascended to mayor, including the incumbent mayor, Bernard C. “Jack” Young (D).

The office is powerful in its own right, as the council president not only sets the agenda for the entire council, but is also president of the Board of Estimates, which approves all purchases, contracts and settlements worth more than $25,000.

Current Council President Brandon M. Scott (D), who only ascended to the position last summer when Young became mayor, is now running for mayor — leaving the seat open. Scott endorsed Sneed, and she endorsed him, as they’ve aligned together on many issues.

During her term on the council representing District 13 in East Baltimore, Sneed has introduced progressive legislation that would end the practice of testing job applicants for marijuana use, protect contractual employees from sudden layoffs, raise the minimum wage to $15 and expand lactation accommodations for working moms.

Sneed says because she was raised by a single mother with three daughters who scrambled to make ends meet, she understands the struggles that people in Baltimore face.

“People know I’m around. I’m connected to them,” Sneed said in an interview with Maryland Matters. “They know my record, they know my work ethic, they know I’m there for them — and they know I’ll do the same thing as president.” 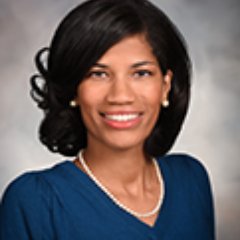 Sneed has outpaced her contenders in both fundraising and endorsements, despite the difficulty of campaigning during a pandemic. In addition to Scott, she’s also been endorsed by several state politicians, six fellow City Council members, and many labor unions and progressive groups.

‘Name recognition is a built-in advantage’

But Mosby has benefited from strong name recognition throughout Baltimore. With a five-year stint on the City Council, a mayoral run in 2016, and his current tenure as a state delegate, Mosby says he has a wider array of political experience than any other candidate.

“I’m the only person in this race with the unique experience of working as a professional, of working through City Hall, and now working through Annapolis,” Mosby said last week in a debate sponsored by Baltimore City NAACP and The Afro newspaper.

As a state delegate, Mosby has sponsored legislation that prevents city government from seizing homes for overdue water bills. He’s also pushed to ban Maryland employers from asking about a job applicant’s criminal record until after a job interview. Recently, Mosby has pressed the state to release COVID-19 data along zip code and racial lines, which has garnered him local and national media attention.

Mosby is married to Baltimore State’s Attorney Marilyn J. Mosby (D), who has a very high profile — with both intense followers and intense critics.

During Mosby’s mayoral run in 2016, when he gave up his council seat, a Baltimore Sun poll showed that a third of voters said they were less likely to vote for Mosby because of his wife. At the time, Marilyn Mosby was in the news frequently as her office was attempting to prosecute six Baltimore police officers for the death of Freddie Gray.

On his website, and in posters for his campaign, Mosby and his wife are featured equally prominently. Some voters may still be concerned about concentrating too much power in the hands of one couple.

“They’re both known entities in the city,” Kromer said. “Name recognition is a built-in advantage. Especially with how hard it is to gain citywide name recognition in Baltimore.”

City Councilman Leon Pinkett, who represents the 7th District in West Baltimore and has more than two decades of public policy experience in the city, has failed to garner much support. In the most recent Sun/University of Baltimore/WYPR poll, he was only backed by 2% of voters.

Combined, Sparaco, Dent and Burroughs had less than 2% support.

Sparaco — the only white contender in the race — is running on a unique platform: to eliminate the city council president position entirely.

He says that with his work as an attorney for the city, he’s had an insider’s view of a “completely failed political establishment.”

Only one Republican, Jovani Patterson, is running.

The Democratic primary is on June 2, and voting by mail has already begun. The primary winner will be heavily favored in November.