Maybe President Trump’s mail delivery was erratic at Trump Plaza. Or perhaps he received a small postage-due bill that ticked him off. Or it could be that his orange cheeks turn green with envy because Amazon owner Jeffrey Bezos is richer than he is. Or maybe Trump simply woke up on the wrong side of life.

Any or all of the above might be Trump’s manic reason(s) for picking on the U.S. Postal Service, memorialized by patriotic-painted trucks and inclement weather. But forget rain, sleet and snow. Even the coronavirus hasn’t stopped the delivery of bills and catalogues. Thank you.

But Trump has assumed the role of drum major for a roll call of Republicans who’d like to shut down the Postal Service by starving its funding and dumping the public service into private hands. (The Postal Service is an independent agency of the executive branch.)

Trump’s reason: The U.S. Postal Service doesn’t charge enough for end-delivery (the last mile) of Amazon packages and should be charging four times more than it does. Trump has threatened to veto any legislation that offers aid or loans to the Postal Service unless it hikes its rates for Amazon deliveries.

At a news conference with Treasury Secretary Steven Mnuchin at his side, Trump harrumphed: “If they don’t raise the price of the service they give. … I’m not signing anything and I’m not authorizing you [gesturing to Mnuchin] to do anything.”

Trump’s hostility toward Amazon may have been further heightened by Amazon’s lawsuit over the $10 billion JEDI cloud contact awarded by the Pentagon to Microsoft, which Bezos’ company claimed was prejudiced by Trump.

And here’s another breaking-news item that’s sure to give Trump heartburn: Bezos’ space exploration company, Blue Origin, is one of three competing companies chosen by NASA to land astronauts on the moon (again), a potential contract that could be worth as much as $50 billion.

Translation: Trump is no fan of coverage of him and his administration by The Washington Post, which Amazon founder Bezos also owns. 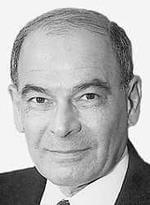 But the real reason might be more in the hidden numbers than in the Postal Service’s profit-and-loss statement.

All of that adds up to what appears to be a solidly Democratic constituency on the government payroll and right under Trump’s nose. And there is very little he can do about it except obliterate the operation.

So, can Trump’s threat, and Republican attempts to privatize the Postal Service, be considered part of the GOP’s underhanded voter suppression campaign?

Of the more than two million workers spread across the federal bureaucracy, 496,934 are Postal Service employees — down from 583,908 a decade ago through attrition, budget cuts and overall downsizing through modernization — without generally disrupting or cutting delivery service.

There are 12,565 postal workers in Maryland from about 145,000 federal employees overall. And it’s a safe assumption that a majority of the Postal Service’s minority employees in Maryland live and work in Prince George’s County and the Baltimore metro area.

In fact, a detailed study of black employment with the post office appears on the Postal Service’s web site, under the heading, African-American Postal Workers in the 20th Century.

The study’s launch point is the post-Civil War era, when newly freed blacks found employment and opportunity for advancement with the Postal Service, and continues with updates through today. At one point, the Postal Service was listed by Fortune magazine as one of America’s 50 best companies for minorities.

For years, free-market Republicans (is there such a thing any longer?) have been caterwauling about privatizing the Postal Service by turning over the function to private carriers such as FedEx, UPS and others.

Yet several years ago, when the Postal Service was faced with similar threats, it proposed eliminating Saturday deliveries and closing under-utilized post offices as cost-cutting measures. The loudest squawkers at the time were conservative lawmakers, especially those from rural areas where post offices are social centers (at least they appear that way on television) and postmasters are valued patronage appointees. Post office real estate leases are political treasure, as well.

The other turn of the screw on the Postal Service is the system’s pension fund. It is the only pension fund in the country, and probably the world, that is required, by Republican decree, to fund in advance 100% of its unfunded liabilities.

In other words, the Postal Service must pay up front for all future pension obligations. That strained logic assumes that every postal employee would retire and begin collecting benefits at the same time. (By comparison, the State of Maryland Retirement System, which is considered a solvent, conservatively managed pension fund, is covered for 72% of its future obligations.)

This is one more Republican way to try to force the Postal Service into insolvency and mail delivery into private ownership.

Trump is a man of menacing impulses. Life in the sanitized bubble, especially for a person who doesn’t read or absorb his briefing books, appears to be, for him, the bliss of ignorance. If he follows through on his threat, his tantrum may throw your mailman (or woman) out of work, but his name will be on their stimulus checks, and that seems to be all that matters.

Trump may not know this, being cooped up, and all, but Bezos has already launched his own delivery service. The dark blue trucks, with the Amazon smile-y face, creep through neighborhoods delivering everything from toothpaste to pasta. Bezos can afford to expand his trucking network, and even subsume postal delivery, playing Trump for a chump.

What’s more, during the pandemic lock-down, Amazon’s sales have soared, and with them the Postal Service’s end-delivery revenue. So what’s to bellyache about, except maybe a petty political grudge.

But Bezos has another developing, bothersome legal problem other than Trump. The House is investigating Amazon for possible anti-trust violations and committee chairmen are demanding that Bezos appear to testify, according to reports.

To illustrate the warp in Trump’s thinking, the Postal Service actually turns a profit on those end-deliveries, and that money helps make up for losses caused by declines in first-class mail and the internet’s replacement of personal scribble with text messaging.

There is no evidence whatsoever that the Postal Service loses money on Amazon deliveries. And America’s Luddite-in-chief can’t hold back change no matter how much he fumes and fusses.

Trump’s word on tying Postal Service losses to under-priced delivery rates is about as believable as his suggestion to ward off the coronavirus by serving Clorox cocktails and Tide Pods hors d’oeuvres.

Opinion: Who says we can’t say Merry Christmas? Nobody, thats who. And I ought to know

To those who continue to spread the falsehood that we can’t say ‘Merry Christmas,’ please, knock it off.