The greater Salisbury area has one of the fastest-growing COVID-19 infection rates in the nation, and the numbers are expected to climb further, according to a New York Times analysis of the ongoing epidemic.

The numbers are being driven, local officials say, by a surge in cases in neighboring Sussex County, Del., a community that is considered part of the Salisbury metropolitan statistical area.

Wicomico, Somerset and Worcester counties on the Lower Eastern Shore of Maryland reported a total of 414 COVID-19 cases between them.

Nearly a quarter of Sussex’s workers commute to a job in the Salisbury area, which is why it’s included in the Maryland community’s MSA.

Five of the region’s poultry processing plants are in Delaware, and their employees have been hit hard, due to the cramped quarters in which they work. In addition, Sussex is a rapidly growing retirement community, with a median age of 54. 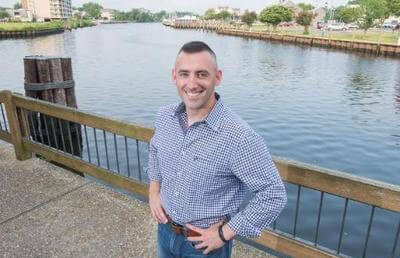 “So it’s spreading like wildfire in some of these poultry plants and they’re living in close proximity to the elderly population that are most vulnerable, so you’ve got this perfect storm of risk, concentration and potential for severe complications in one place, in Sussex County, Del.,” Day said.

“And so that’s where we end up fairly high on that list.”

Diana Souder, a spokeswoman for Perdue, said the company took early safety measures to prevent the spread of COVID-19.

“Beginning in early March, we started implementing incremental safety measures at our facilities which include increased cleaning and sanitization, restricting travel and non-essential visitors, social distancing where possible, temperature checking, face masks, and installing temporary partitions between associates on the assembly line where social distancing isn’t possible,” she said in an email.

Day said many of the workers who’ve become infected are Haitian-Creole and Spanish-speaking immigrants. He praised the area’s health systems — Peninsula Regional Medical Center in Maryland and Beebe Health System in Sussex — for stepping-up their response.

“Beebe and Peninsula are working really well together. Delaware has set up drive-through testing sites early, much earlier than other places, before even Maryland did,” the mayor said.

“Today Maryland is starting to move resources onto the Perdue property, to do testing of Perdue associates, so they’re starting to provide some of those half-million tests right here in Salisbury on the property of the poultry processing plant here, in recognition that they’ve already got a concentration of cases there and wanting to prevent it from becoming similar to some of the ones in Delaware that have an even higher concentration.”

Teams from the U.S. Centers for Disease Control and Prevention are being dispatched to poultry plants in Maryland, Delaware and Virginia, including Accomack County, just south of the Maryland state line, where Tyson Foods and Salisbury-based Perdue Farms have facilities which employ about 3,000 workers.

On Monday, poultry workers and supporters rallied across U.S. Route 13 from the Perdue plant in Accomac, where employees want more done to protect them, including a shutdown for deep cleaning.

In Maryland, the Wicomico County Health Department announced Tuesday that it would begin conducting drive-through COVID-19 tests this week for critical workers and their families ― including those at chicken plants ― at the parking lot of Arthur W. Perdue Stadium in Salisbury.

Critical employees and their family members do not need a doctor’s note to receive a test ― in contrast to many other testing stations around the state.

Poultry processors on the Eastern Shore announced this week that they killed 2 million chickens because they lacked the staff to process them.

To keep bed space available for new patients, Peninsula Medical Center signed an agreement last week with Salisbury University to quarantine patients and hospital workers on campus, according to a local news report.

More than 100 COVID-19 patients who are well enough to leave the hospital but unable to go home will be cared for at Dogwood Village, a student housing complex that has been reconfigured for patient care.

They’ll remain there for up to 14 days, and no visitors will be allowed. The unit will be disinfected and the mattresses will be removed before students return to campus.

According to The New York Times analysis of COVID-19 around the nation, the Salisbury MSA has an infection rate of 4 per 1,000 people, placing it 14th in the nation at the moment. Four of the top 10 metropolitan areas in the country with a high rate of infection have large meat-packing companies.

Ten of those communities have a rate this is flat or decreasing, the Times found. The Salisbury area is one of five that is “still growing.”

“Places with curves that are ‘flattening’ or ‘flat’ are likely to move down this list over time; those where new cases and deaths continue to increase are on track to move up,” the newspaper reported.

Md. has a right-to-gripe law that protects consumers from retaliation by retailers if they post a bad review.