Julie Magers is looking for answers to her questions about COVID-19 procedure and oversight in Maryland detention facilities.

She also wants to know where her clients held at Roxbury Correctional Institution in Hagerstown are being whisked away to in the dead of night.

Magers, the director of the Maryland Prisoners’ Rights Coalition, said that she has had multiple clients exhibiting symptoms consistent with COVID-19 removed from the Hagerstown facility overnight and transported to an undisclosed location.

As of Thursday, Roxbury Correctional Institution had not reported any confirmed cases of coronavirus.

Magers expressed concern about the number of individuals she’s heard from who have seen noticeably sick or quarantined inmates at Roxbury, especially considering that the facility has no reported cases.

“It is inconceivable that an entire facility that shares” so much of its staff and property with other prisons “could come out completely unscathed,” she said.

Maryland Matters reached out to the Department of Public Safety and Correctional Services to inquire about Magers’ reports but has yet to receive a response.

Magers has observed that throughout the state correctional system, no one facility is adopting the same procedure as another when it comes to COVID-19 — from personal protective equipment distribution to critical care for inmates facing other health problems.

“The one trend that seems to be consistent is the inconsistency,” she said.

Magers isn’t alone in her quest for answers.

Last week, a number of advocacy organizations sent a list of demands to Gov. Lawrence J. Hogan Jr (R), requesting that the Department of Public Safety and Correctional Services publish individual COVID-19 plans for each facility.

To this point, no response plans have been made publicly available.

Some lawmakers are starting to take problems into their own hands, but are facing difficulties getting information or figuring out where to direct their inquiries.

“Generally, no one wants to take the lead,” said Del. Debra Davis (D-Charles). “That is my opinion.” 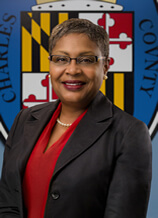 Davis said that her office started to get a flood of inquiries from constituents about measures being taken inside state and county detention centers. She said that this is especially pertinent in Charles County, which has no pretrial services, meaning people who are arrested are automatically taken to jail, regardless of the circumstances.

“There are no diversion — no inherent diversion procedures right now in our county,” she said.

Davis wrote a letter co-signed by the rest of the Charles County Delegation to her county sheriff and state’s attorney asking them to consider releasing inmates detained for low-level offenses, outlining four “excellent examples” of individuals who could be immediately released and citing instances across the state where state’s attorneys’ offices have already adopted those policies.

She said she received a defensive response from Charles County State’s Attorney Anthony B. Covington (D).

“While I sincerely appreciate the Delegation’s concerns expressed in that letter, I am compelled to take exception,” Covington wrote, stating that their inquiry implies his office “is calloused, uncaring or indifferent to the point of casually putting lives at risk.”

Davis said she was discouraged by the pushback.

“All we did was ask for a plan so that we can share it with our constituents … which are also their constituents,” she said.

Smith told Maryland Matters in an interview Wednesday that the letter was an example of the “committees coming together” to uncover the “ground truth” of what is happening with the state’s incarcerated population during the pandemic.

Green responded to the inquiries late last week, opening with a list of measures that the department has taken to prevent and prepare for an outbreak, including: 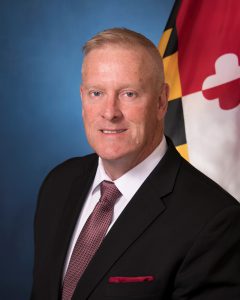 “Maryland’s focus is on maintaining good public health practices to ‘flatten the curve’ and to stand up and expand the state’s emergency response and medical care capacity to serve those in need,” Green wrote.

Lawmakers posed 17 questions to the department secretary. They received answers to most of them.

Many of the General Assembly’s inquiries related to departmental procedure, including what happens when an inmate is released to the public.

According to Green’s response, when inmates are ready to be released, rather than being transferred to a facility closer to home, also known as a “release hub,” they’re being let go directly from their holding facilities.

Inmates are screened for COVID-19, but not tested, upon their release.

Many people, including the governor,  think that inmates are effectively quarantined because they are isolated in detention facilities.

At a March 19 news conference, Hogan said that the prison population is “kind of protected and in quarantine,” further suggesting that inmates are “safer where they are.”

Dr. Chris Beyrer of Johns Hopkins Bloomberg School of Public Health said that this isn’t the case, explaining at a virtual news conference last week that staff members often serve as the best vectors for the virus.

“It has been the detention facility staff … who have been most effective, particularly at the beginning, and who are the most likely people to bring this virus in to these detained populations,” he said. “That happened in Wuhan, that happened at Rikers [Island jail in New York City] and the early evidence is that that is happening in Maryland.”

According to a Thursday news release from the Department of Public Safety and Correctional Services, there are 136 confirmed cases of COVID-19 across the department.

Fifty-three percent of those cases are correctional officers.

The only death reported thus far was the case of an inmate with pre-existing conditions at Jessup Correctional Institution.

The legislative committees asked Green if there is testing protocol in place for facility staff.

Per his response, staff members are screened before entering each facility, and are sent away and told to follow-up with their health care provider if they have fevers or are feeling ill.

Green’s letter said that beginning the week of March 30, facility workers have been provided with gloves, plastic face shields and cloth masks. He wrote that every staff member had received and was expected to use each piece of equipment.

The American Federation of State, County and Municipal Employees Maryland Council 3, the union that represents most corrections officers, issued a letter Tuesday to government leaders asking them to take action to protect state employees on the frontlines of the virus, including those who work in 24/7 care facilities like hospitals and detention centers.

But according to a Department of Public Safety and Correctional Services daily operational report update dated March 23, staff members were “strictly prohibited from reporting to work wearing a mask.”

Stuart Katzenberg, director of collective bargaining and growth strategies for AFSCME Maryland Council 3, said that the department changed that policy only after receiving pressure from the union.

Even after the policy change, Katzenberg said what the state is doing isn’t good enough: the “sneeze guards” made by inmates and provided by the department are the same polyester blend that correctional officers’ uniforms are made from; they are uncomfortable and don’t fit quite right.

“A one on a 10 scale isn’t good enough,” he told Maryland Matters Thursday.

The legislative committees also asked about inmate screening for coronavirus and whether the department has access to an adequate number of tests.

He explained that when incarcerated individuals feel sick, they’re instructed to submit sick call slips, which are collected by a medical contractor. Inmates are then assessed by a registered nurse to be referred for clinical services.

Green wrote that non-emergency cases receive clinical services within 48 to 72 hours depending on the day they are submitted.

He said that “high risk” inmates are monitored by licensed clinical providers “around the clock.”

Inmates who show symptoms consistent with COVID-19, like fever and shortness of breath, are given surgical masks and evaluated for other causes at the facility’s infirmary, Green added. Individuals who are presumed to have COVID-19 are moved to an off-site care facility for testing.

If they aren’t moved off-site, inmates are isolated in their holding facilities. Green said that some of the department’s prisons have respiratory airflow rooms and other isolated housing.

Once a symptomatic inmate is placed, the department begins the process of contact tracing to determine if other individuals who may have come into contact need to be quarantined, given personal protective equipment and monitored as they await the results of the COVID-19 test.

Green did not address whether the Department of Public Safety and Correctional Services has access to an adequate number of tests for the people in its custody.

Maryland Matters reached out to the department to ask why this question went unanswered. A spokesman said the agency would have no further comment.

Clippinger said that, although he understands Green is facing a challenging task, lawmakers need to learn more about the agency’s testing capability.

“To be clear: There’s no doubt that the secretary has a huge job in front of him right now in trying to address this crisis with an incredibly challenging set of circumstances,” Clippinger said, but lawmakers won’t be satisfied until they’re assured that people held in the department’s custody are receiving the services that they need.