The House Committee on Oversight and Reform’s hearing room in the Rayburn Office Building has been renamed the Elijah E. Cummings Room in honor of the late Baltimore congressman.

It is the first time that a room anywhere in the U.S. Capitol has been named after an African-American member of Congress, said Rep. Carolyn B. Maloney (D-N.Y.), who took over as chairwoman of the oversight committee after Cummings died. 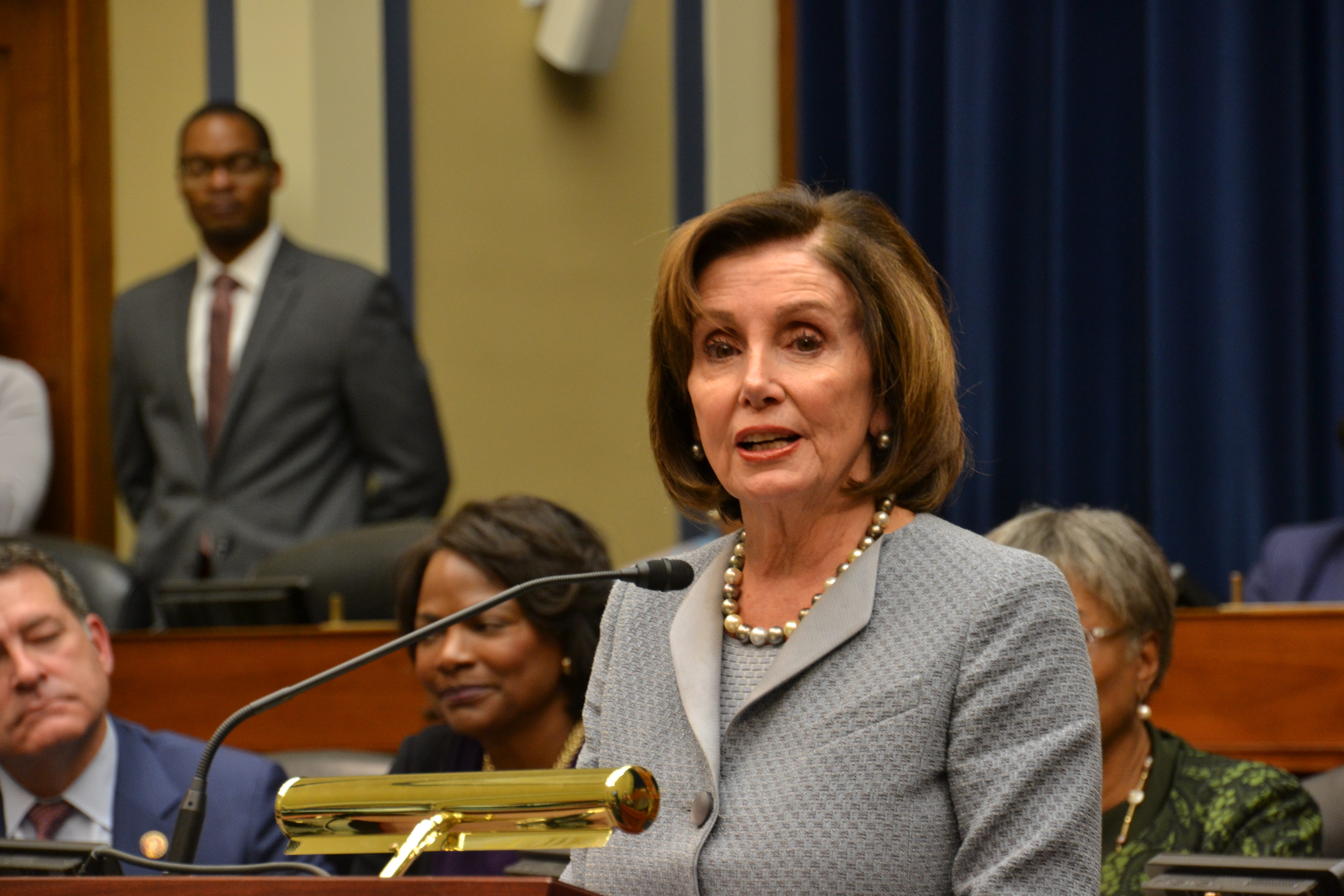 “Elijah will be a pioneer yet again and this room will be the first,” Maloney said.

“This room and the work we do here will remind future generations of Elijah’s unwavering commitment to justice as well as a dedication to civility and decorum,” she added.

House Majority Leader Steny H. Hoyer (D-Md.) said that, for decades, or perhaps centuries, people will walk into the room and see Cummings’ name. “They’re going to turn to somebody and say, ‘Who was Elijah Cummings?’ And perhaps those who knew him well will say, ‘He was better than us,’” Hoyer said.

House Speaker Nancy Pelosi (D-Calif.), a Baltimore native, called the late congressman “my close Baltimore bro.” The two had “a good rapport,” Pelosi added. “We always consulted – I said, ‘Elijah, am I mentoring you? I’m older. Or are you mentoring me?’”

“We saw our Elijah stand in the streets to calm an entire city during a time of unrest and grief after the death of Freddie Gray, who was a victim of police brutality. We saw him go out night after night and be back here in the morning to chair committee meetings.”

The dedication ceremony brought Republicans and Democrats together at a time when partisanship has deeply divided the chamber. Lawmakers packed into the seats, leaving the chairman’s seat empty.

Some of the most conservative members of the House, including Reps. Mark Meadows (R-N.C) and Jim Jordan (R-Ohio) were in the crowd.

Meadows praised Cummings as “someone who was always willing to speak truth in a respectful way,” although he joked that the imposing congressman “scared me to death.”

The U.S. House adopted rules for the 118th Congress on Monday, though several of the concessions Speaker Kevin McCarthy made with more conservative members…