As U.S. District Judge Amy Berman Jackson prepares to sentence President Trump’s adviser Roger Stone Thursday, friends and former colleagues from Baltimore are eager to see what she does.

Stone’s trial for obstruction of Congress and other federal offenses is one of several high profile cases that Jackson has presided over since being appointed to the federal bench in 2011.

A Baltimore native, and daughter of a U.S. Army-trained physician, Jackson attended The Park School of Baltimore, and later went on to Harvard College and Harvard Law School. 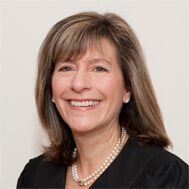 Jackson served as a law clerk to Judge Harrison L. Winter of the U.S. Court of Appeals for the Fourth Circuit after graduating law school, and then went on to serve as assistant U.S. attorney for D.C, where she received Department of Justice Special Achievement Awards for her work on murder and sexual assault cases.

“I saw her in the early stages as she developed,” Shea said. “She came, already a fully formed lawyer, but quickly adapted to doing civil work as well as criminal work.”

Several other Baltimore lawyers and former colleagues contacted for this story were reluctant to comment publicly, saying they were eager to see the outcome of the Stone case but did not want to be seen as passing judgment on the judge.

In 2000, Jackson transitioned from a prosecutor to a prominent white-collar defense attorney when she joined Trout Cacheris & Solomon, a D.C. firm that specializes in complex civil cases.

Since her appointment by President Obama in 2011 to the U.S. District Court for the District of Columbia, Jackson has sentenced former Trump campaign chairman Paul Manafort and former U.S. Rep. Jesse L. Jackson Jr. (D-Ill.), tossed out a wrongful-death lawsuit filed against former secretary of State Hillary Clinton by the parents of two of the Americans killed in Benghazi, and ruled against the Roman Catholic Diocese of Washington in its challenge to the contraceptive mandate under the Affordable Care Act.

“Court is a place where facts still matter,” Jackson said to Manafort during his sentencing in March.

“Rest assured that if the people want an impartial federal judiciary, they couldn’t have a better judge than Amy Berman Jackson,” Shea said. “I think there is zero chance that she will be intimated or influenced by anyone, including the president of the United States.”

Trump has tweeted criticisms at Jackson, ahead of Stone’s sentencing, suggesting that Jackson harbored biases against Stone and favored Hillary Clinton. He falsely claimed that Jackson sentenced Manafort to solitary confinement.

Jackson is married to Darryl W. Jackson, a former official at the Commerce Department under President George W. Bush, and has one son, Matthew Barnett Jackson, who won 13 straight games as a “Jeopardy” contestant in 2015.