The complaint, by Public Citizen, a non-profit watchdog organization created in 1971 by Ralph Nader, asks the commission to investigate whether state spending on transportation projects since Hogan became governor violated Maryland’s conflict of interest rules.

The complaint, filed Tuesday, draws heavily on a report in Washington Monthly, published in January under the headline “Who Does Maryland’s Governor Really Work For?”

The article focused in part on nearly $60 million in transportation improvements that Hogan included in the budget he submitted to the General Assembly in 2015. Those improvements, in southern Prince George’s County, occurred near land owned by HOGAN, the real estate firm the governor started in 1985.

“Contrary to the law and explicit written guidance from the State Ethics Commission, Governor Hogan directly participated in making a major change in the 2015-2020 Capital Transportation Program and related 2015 transportation budget that benefited his own personal financial interests, i.e. expediting construction and designating $58.2 million in new funding for an interchange and park-and-ride lot in Brandywine, Maryland,” Public Citizen writes in its complaint. 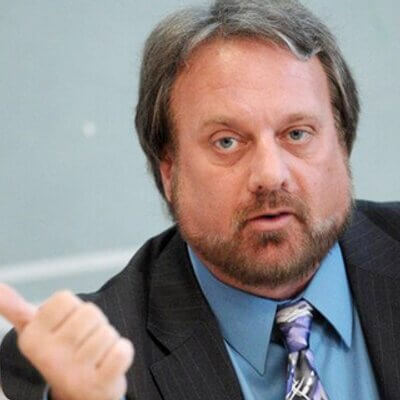 “The Governor’s decision predictably enhanced the development value of several parcels of land that he and his HOGAN companies accumulated in the immediate vicinity of the new State transportation project. The Governor did not recuse himself from this matter, and did not inform the Maryland General Assembly of his financial conflict of interest in seeking approval of the new taxpayer funding for the State project.”

The complaint was submitted by Craig Holman, government affairs lobbyist for the organization.

Hogan dismissed the Washington Monthly report soon after it was published, saying he had no direct role in the spending and the improvements had long been a top priority of local officials.

Hogan has also insisted that he has been in strict compliance with the agreement he entered into with the ethics commission when he took office following his victory in the 2014 gubernatorial race. And he asserts he has been “even more transparent” than the agreement requires.

Hogan’s brother Timothy Hogan and three former employees are running the firm in an arrangement approved by the commission, though Gov. Hogan is not barred from keeping abreast of the company’s activities.

The Washington Monthly article built on a 2018 Maryland Matters report outlining Hogan’s agreement with the Ethics Commission and some of the properties where the real estate company had potential development projects in the pipeline.

Drawing again from the Washington Monthly report, Public Citizen’s complaint alleges that, “In addition to the Brandywine interchange, Respondent and his appointees have ‘advanced a number of other improvements in the same vicinity, including the construction of embankments, exit ramps, and median piers; pavement upgrades; a new park-and-ride lot, and a bridge.’”

“A HOGAN vice president reportedly conceded that the state’s Brandywine project and other improvements ‘are incredibly important to facilitating new development’ and ‘contributes to land value, contributes to access, of course.’”

On its website, HOGAN bills itself as “the leading land firm in the state of Maryland.”

Earlier this month, Del. Vaughn Stewart (D-Montgomery) introduced legislation that would require Hogan to disclose more about the subsidiaries his firm owns, so lawmakers and the public can gain greater insight into how — if at all — state spending benefits his sprawling real estate holdings.

It’s unclear if the legislature’s new presiding officers — who have their hands full trying to cobble together funding for a historic education proposal — have the appetite to back the measure.