After years of planning, bronze statues of abolitionists and former Maryland slaves Frederick Douglass and Harriet Tubman were unveiled to members of the General Assembly and other dignitaries in the State House Monday evening.

“A mark of true greatness is shining light on a system of oppression and having the courage to change it,” said House Speaker Adrienne A. Jones (D-Baltimore County) at the grand unveiling. “The statues are a reminder that our laws aren’t always right or just, but there’s always room for improvement.”

The hyper-realistic statues are largely based off of historical photography and intend to be representative of how Tubman and Douglass would have looked on Nov. 1, 1864 — the day that Maryland abolished legal slavery, a provision of the state Constitution that was officially adopted in the room where they are now on view.

Douglass’ hands were modeled after his own great-great-grandson, Ken Morris, who was present at the dedication along with a half dozen other descendants of the two abolitionist icons.

The scene as it’s laid out in the Old House Chamber is fictitious: Neither of the two noteworthy Marylanders was in the room as slavery was ended.

According to the Maryland State Archives, Tubman at that time was a fugitive slave working with the Union Army, whose acts of resistance up to that point had led to the emancipation of hundreds of slaves.

Douglass delivered a speech in Baltimore a little over two weeks after its ratification, but had not been in the state since he fled captivity in 1838. He ultimately made an appearance in the State House in 1874.

“These powerful, beautiful and incredibly moving works of art will serve as a reminder of just how far we have come,” said Gov. Lawrence J. Hogan Jr (R), “and may they also inspire us to focus on the hard work that still lies ahead.”

In the gallery with the newly-installed sculptures is a placard bearing an excerpt from an 1868 letter to Tubman from Douglass. Jones read his correspondence to her fellow lawmakers:

“…The difference between us is very marked. Most that I have done and suffered in the service of our cause has been in public, and I have received much encouragement at every step of the way,” she read. “You, on the other hand, have labored in a private way. I have wrought in the day — you in the night.”

Legacy of Slavery in Maryland Director Christopher Haley said that the decision to place the two figures at the State House in Annapolis is “right and proper” given the city’s history.

“In a State House where [the] General Assembly was made up … of representatives who passed laws that kept people enslaved, here’s the same body — here’s the same place where they were freed,” said Haley, grandson of the late “Roots” author Alex Haley.

The process of getting these sculptures in place was long-fought. Senate President Emeritus Thomas V. Mike Miller Jr. (D-Calvert) and late House speaker Michael E. Busch (D-Anne Arundel) had proposed the addition of the sculptures to the State House Trust in 2016.

“It is so regrettable that Mike Busch is not here with us tonight to finally see the statues,” she said, “and so very gratifying that Mike Miller is.”

Miller relinquished his long-held position as Senate president in late 2019. He had not seen the sculptures before their unveiling.

The Board of Public Works voted unanimously last year to move forward with the project but voiced some concerns about the choice to go with the Brooklyn-based StudioEIS — the sculptures’ fabrication company — rather than pursuing a Maryland-based contract.

StudioEIS also fabricated the sculpture of President George Washington and noteworthy Annapolitan Mary “Molly” Ridout on view in the old Senate chamber. The Maryland Archives said that they recommended the company because they wanted it to appear as though the four pieces had been produced concurrently.

In his address to fellow lawmakers, Senate President Bill Ferguson (D-Baltimore City) said that the state was taking a step forward in finally giving representation to the numerous people who helped to build it who for so long had gone unrecognized. 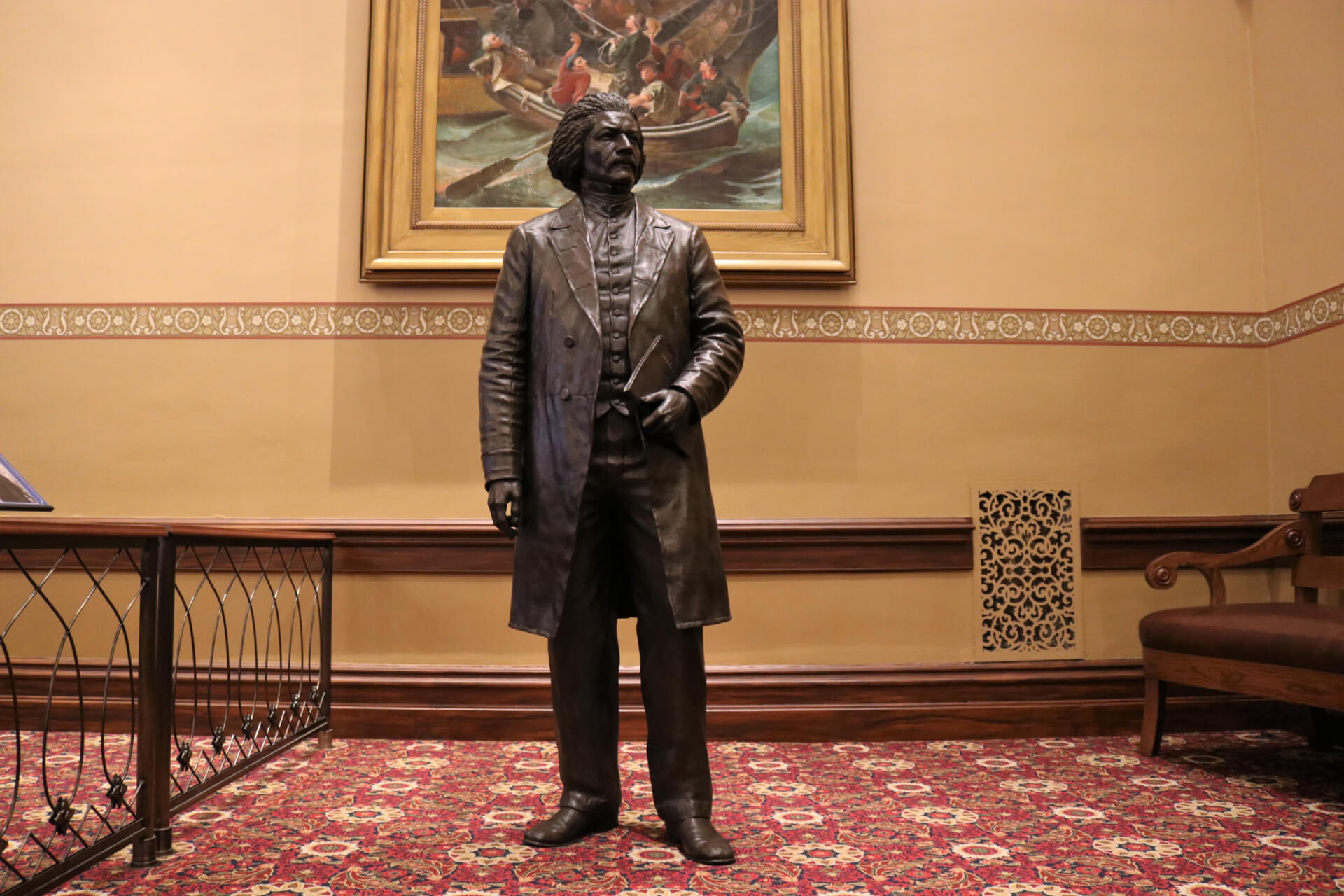 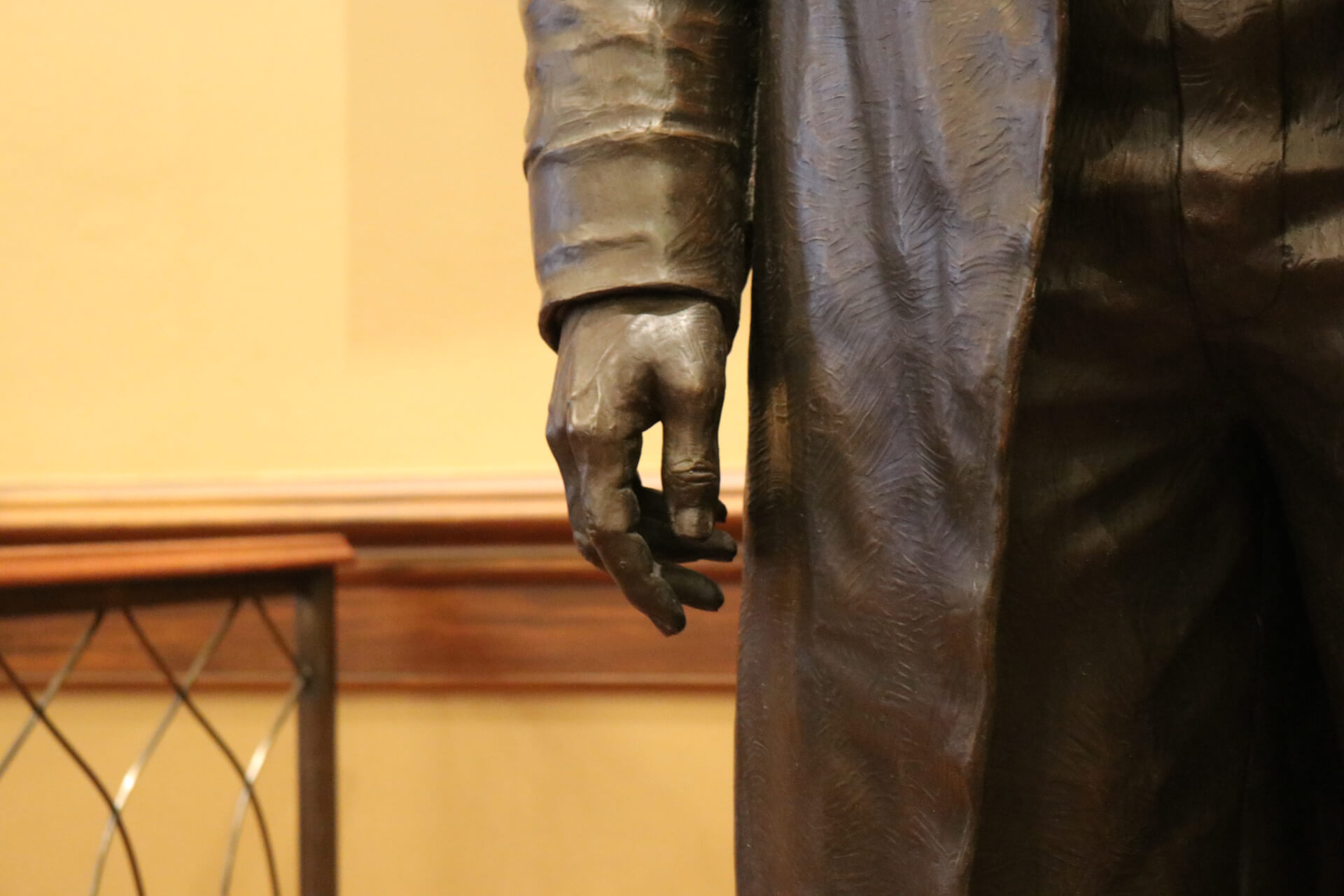 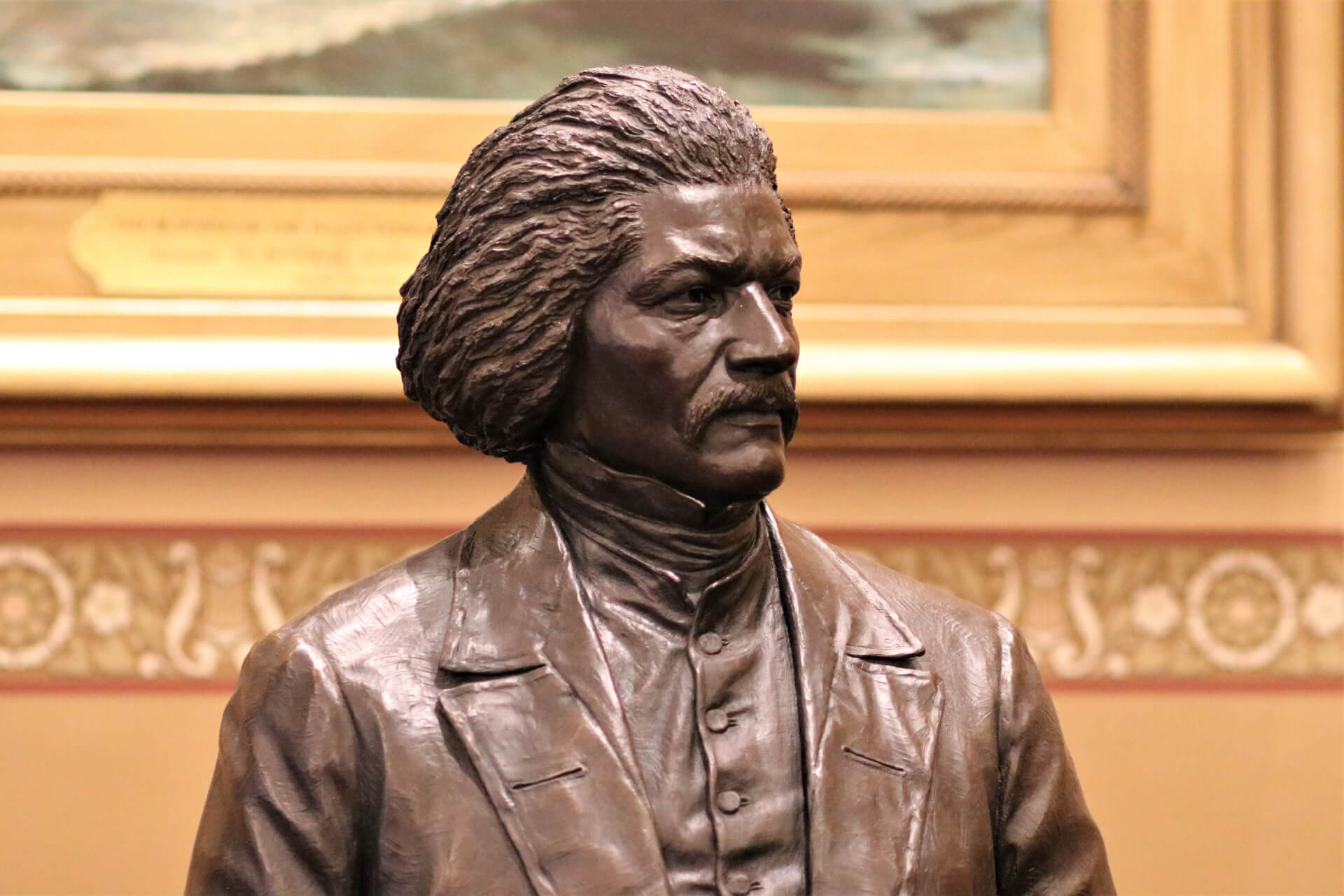 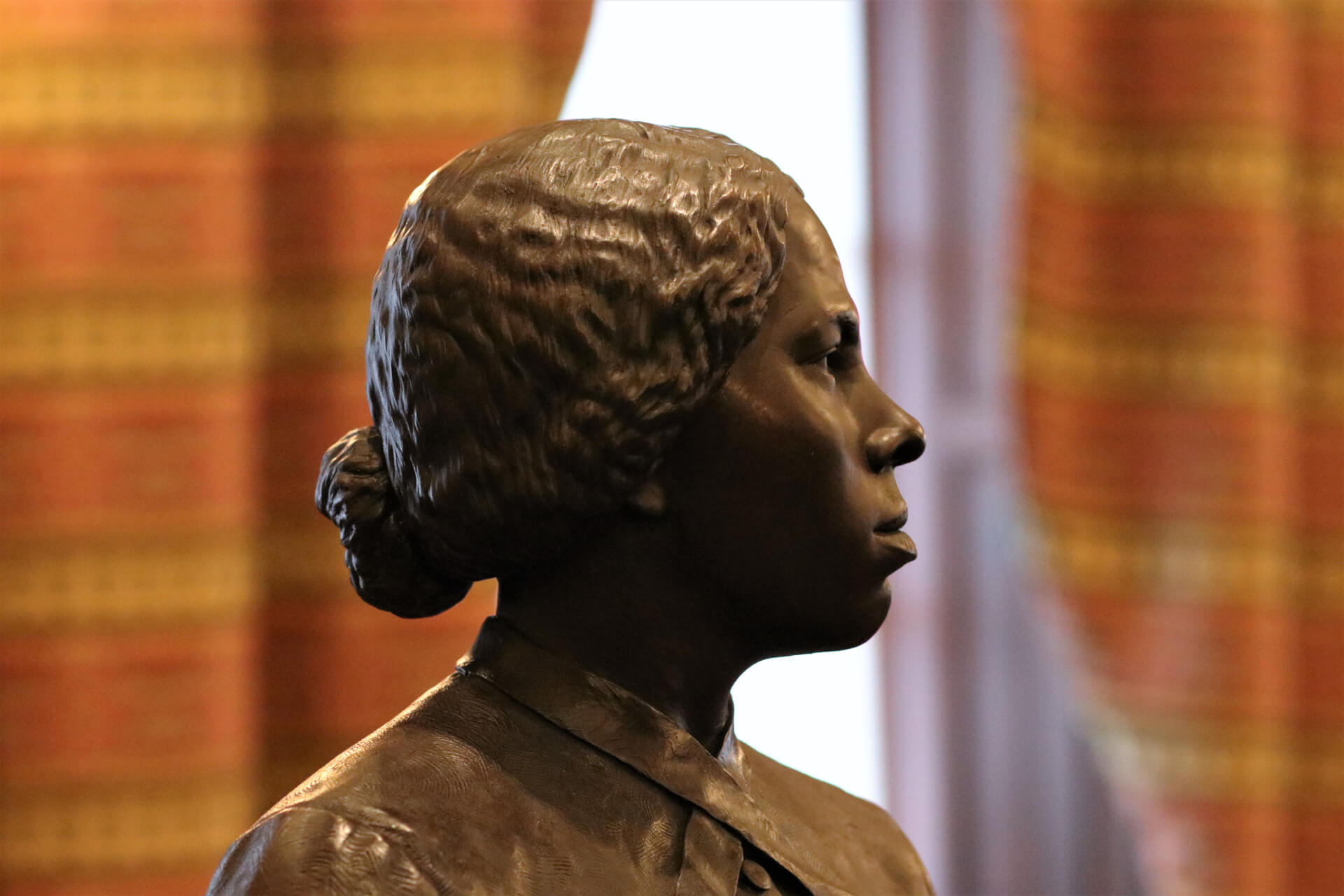 He closed with an excerpt from the speech that Douglass delivered in Baltimore in 1864:

“You are no longer a border slave State, vexed between two extremes, enduring the evils of slavery,” Ferguson read, “but a central Free State, destined, in my opinion, to become morally and politically, as you are geographically, the keystone State of the Union.”