Editor’s Note: As the year winds down, we’re re-running the 10 most-read pieces of the year in Maryland Matters. Here is #7, which first appeared on Nov. 18. Political legacies in Maryland are pretty common. This one is not. Look for #6 on the list tomorrow.

The daughter of a former Baltimore city councilman who was slain in the district he once represented has always wondered what the circumstances were like growing up for the young men convicted in her father’s killing.

“It always stuck with me,” Nicole E. Harris-Crest, 34, said Friday in an interview. “I wondered if they had a more positive upbringing with proper resources, I wondered what challenges they faced that led to potentially get into a situation where they were taking someone else’s life.”

Harris-Crest, the daughter of the late former City councilman Kenneth Harris (D), is now the chief of external affairs for the Baltimore City State’s Attorney’s Office. She said her personal quest is to help Baltimore’s youth become productive and viable citizens in a city that is in crisis.

Last week, Harris-Crest announced her candidacy for city council in Baltimore’s 4th District – roughly the same district her father represented from 1999 to 2007 before leaving office to run unsuccessfully for City Council president.

“With my father’s death, I realized it is possible crime could affect anyone of us,” Harris-Crest said. “It is not an isolated situation, and it helped me identify with my own personal obligation to help move Baltimore forward and improve the current state of our city.”

Harris-Crest said her prior work in education at the Maryland Alliance of Public Charter Schools and her current position with the city, which oversees programs dealing with crime prevention and community engagement, will lend to her success.

“It is important that we provide children with a quality education,” said Harris-Crest, a graduate of the University of Baltimore School of Law. “It is essential to producing viable productive citizens and honestly to thwart the development of individuals who become criminals.” 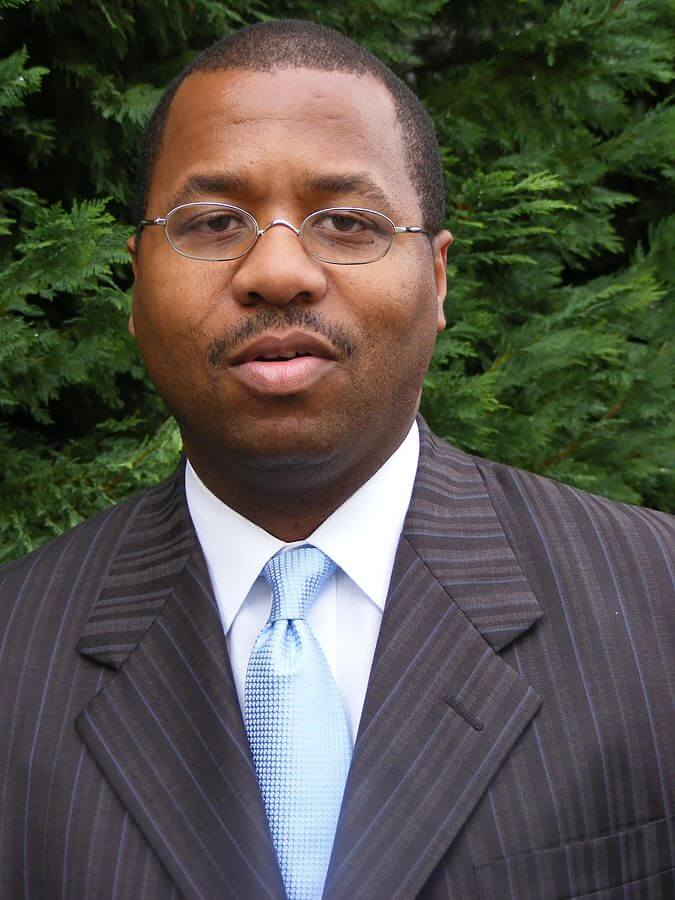 Her father was gunned down outside a jazz club in Northwood Plaza during a robbery in 2008, one year after he left office. He was 45.

The young men charged in the crime frequented the area. Harris-Crest said she wants to work with business owners in commercial districts to help them thrive and keep them from leaving the city.

The District 4 council seat, which covers parts of North Baltimore, is becoming vacant because the longtime councilman, Bill Henry, is leaving to run for city comptroller in next year’s Democratic primary.

Harris-Crest will face NAACP attorney and civil rights activist Anson Asaka, 49, and Logan Endow, 28, a London School of Economics and Stanford University graduate who currently works in the Baltimore City school system as a re-engagement coordinator. Other candidates could follow.

If elected, Asaka said he would focus on ending violence in the city, educating and empowering youth and closing the gap in racial and social disparities in Baltimore.

“My life as an attorney has been about change, because I have used the law to make a difference to fight various forms of discrimination,” Asaka said. “My goal is to bring that history of change to city government to change problems such as failing schools, low test scores in reading and writing … and end the violence that’s plaguing the city.”

Asaka said the open-air drug market on York Road is one of the biggest problems in the area he would attempt to address. He would also like to level the playing field in the city so residents can have equal opportunities regardless of their Zip code.

Endow, who graduated from Stanford at 19, made violent violence prevention in Baltimore City the thesis for his master’s degree at the London School of Economics.

He has also lived in Liberia, where he worked on the Ebola epidemic, and in Tanzania, where he studied antibiotic resistance.

“My focus has always been on preventing violence,” Endow said.

Endow said if elected to the city council he would focus on reversing Baltimore’s epidemic of violence, working to end the lead poisoning crisis, expanding mental health care in schools and initiating large-scale vocational programs to rebuild the city’s abandoned homes.

He has also pledged not to accept campaign contributions from developers, liquor stores and lobbyists.

Currently Endow works with Baltimore City students who are chronically absent from school, to re-engage them with social service providers.

“I’m the only person with an expertise in violence prevention running for city council right now,” Endow said.

The Democratic primary election for Baltimore City is April 28, 2020. The deadline to file for candidacy is Jan. 24. Election Day is Nov. 3.

Glynis Kazanjian is a freelance writer. She can be reached at [email protected]