The most high-profile member of Gov. Lawrence J. Hogan Jr.’s administration has decided to step down.

Transportation Secretary Pete K. Rahn will return to his native New Mexico, where his family resides, Hogan (R) announced Monday afternoon. Rahn has been commuting to Maryland since taking the top job at the Department of Transportation in 2015.

Rahn told top members of his MDOT team about his decision to leave on Monday afternoon. The announcement of his departure was supposed to take place following a meeting of Hogan’s Cabinet on Tuesday, but Maryland Matters broke the story on Monday.

Gregory Slater, currently the head of the State Highway Administration, will take over as transportation secretary. Lawmakers and local officials regard the even-keeled Slater to be professional, competent and easy to work with.

“Greg Slater has committed his career to public service, and has earned a reputation around the country as an innovator who is tireless and relentless about transportation solutions,” Hogan said in a statement Monday. “Greg will continue to lead our efforts to advance the once-in-a-generation Beltway Accord to address some of the worst traffic congestion in the country. With his decades of experience, Greg is sure to build on our balanced approach to infrastructure, including record investment in transit, as leader of the Maryland Department of Transportation.” 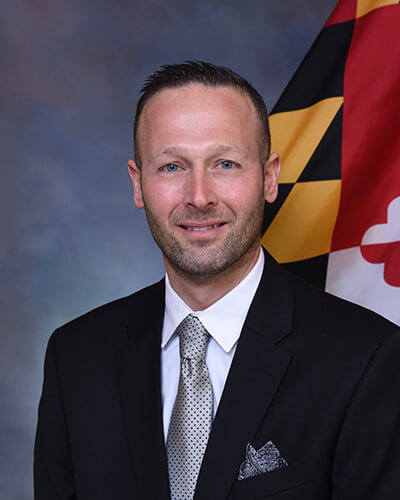 More than 11,000 employees work for for the Maryland Department of Transportation, making it one of the largest agencies in state government.

Hogan paid tribute to his departing MDOT secretary in the same statement Monday afternoon, thanking him for “his outstanding service to our state.”

“Under his leadership, we have made record investments in transit, advanced the Purple Line — the largest transit project of its kind in North America — secured the Beltway Accord and the Traffic Relief Plan, and resurfaced or improved more than half of our state highway system,” Hogan said.

Rahn has been a polarizing figure with the legislature, local officials and activists — and his relationship with Hogan  “runs hot and cold,” according to a source.

His departure gives Hogan the opportunity turn the page from the Rahn era, but Slater takes control of the agency with the fate of a number of high-profile initiatives at a sensitive stage, and with bruised feelings around the region.

The governor’s plan to widen two frequently over-crowded highways and the American Legion Bridge is now on its third iteration and has caused friction between Hogan and Comptroller Peter V.R. Franchot (D), a key swing vote on the influential Board of Public Works.

Before the election, Hogan pledged that “no” homes or businesses would be taken to widen Interstate 270 and the Capital Beltway. More recently Rahn has said only a small number of structures will be obtained through eminent domain.

The repaving of the westbound span of the Chesapeake Bay Bridge has caused massive backups along Route 50 on the Eastern Shore, prompting numerous local officials — Republicans normally supportive of Hogan — to criticize the state publicly.

Charles County officials were disappointed when the Maryland Transportation Administration recently approved a replacement for the Nice/Middleton Bridge that lacks a barrier-separated bike and pedestrian lane. In his announcement, the governor said the new span would have a separate lane for bikers.

Some Baltimore legislators said Rahn lost credibility when an Inspector General’s report raised concerns about rail safety on Baltimore’s MetroLink system. And Baltimore officials have been furious with the Hogan administration since the governor pulled the plug on state funding for the proposed Red Line light rail project in the Baltimore region.

A former insurance salesman who held top transportation jobs with state government in New Mexico and Missouri, Rahn brimmed with confidence. He was said by one observer to be able “to strut while sitting down.”

In addition to the controversies, his tenure also featured numerous successes.

Maryland led an effort with Virginia and the District of Columbia to provide the Washington, D.C.-region’s Metro system the first dedicated source of revenue in its 40-plus year history. And the state under Rahn has broken ground on the Purple Line light rail project in Prince George’s and Montgomery counties, which is now well underway.

The state has also taken aggressive steps to increase the use of electronic tolling, to cut down on pollution, speed traffic and improve safety.

Slater will take over on Jan. 10. His appointment is subject to confirmation by the state Senate.