Anyone who has gone through the hassle and burden of dealing with a surprise medical bill understands how important it is for Congress to address this issue. The rising costs of health care are difficult enough for families to manage as it is without these unexpected bills that result from patients unknowingly receiving out-of-network care.

Having dealt with these surprise medical bills firsthand, I hope that Congress makes it a priority to end this unfair practice once and for all. Let me tell my personal experience. Over a year ago my wife went to an Annapolis-based dental medical provider. She was assured that our insurance would cover her procedure other than a small co-pay.

Several months later we received a “surprise” bill for $800 with the notation that no, after all, she was not covered. We protested to the provider who said they would look into it and then proceeded to send us additional bills with monthly interest charges added.

We then appealed to the insurance company who said they would review and get back to us. Several months later and we do not yet have a resolution. We do have, however, a regular series of past due monthly bills now increasing the amount owed to almost $1,000.

Our legislators, however, must be careful not to pass any solution that would undermine care or threaten access for any patient. That means avoiding a particularly harmful proposal known as benchmarking.

Under a benchmarking-based approach to surprise medical billing, the government would set out-of-network rates for physicians using insurance companies’ in-network averages. Since in-network rates include steep discounts, this model would essentially give insurers greater power to demand drastic payment cuts to physicians. In turn, that would pass enormous financial losses onto local hospitals and emergency rooms, many of which are struggling just to keep  doors open in the face of a growing doctor shortage and high provider consolidation rates. 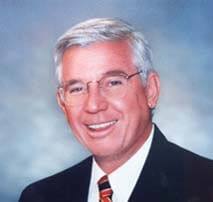 Particularly for rural communities in Maryland and throughout the country, benchmarking could exacerbate both of these issues, further eliminating choices and driving up costs for vulnerable patients. Jeopardizing access or quality of care for some of our nation’s hardest-to-reach communities is no way to solve the problem of surprise medical billing.

Congress should instead address this issue through legislation that uses independent dispute resolution. Under IDR, both insurers and providers would be able to negotiate out-of-network payment disputes through a simple, transparent and online process overseen by an independent mediator.

Not only would this mediator be able to determine fair, market-based payments, but also the process would ensure our more at-risk hospitals and emergency rooms serving rural communities remain financially strong and secure through initial payments to providers. Moreover, IDR would incentivize insurers to grow, rather than continue to shrink, their provider networks.

IDR is the best approach Congress has at solving the problem of surprise medical billing in a way that is fair to all parties. Our congressional delegation has always served the people of Maryland well — I trust that they will help champion the IDR process and work to include it in any legislation that passes Congress on this matter.