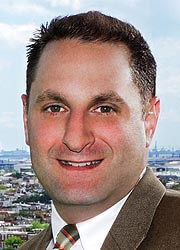 Hammen was elected to the House of Delegates in 1994, representing District 46 in South Baltimore — a seat once held by his father, Donald Hammen, who also served as a City Council member. Hammen was chairman of the House Health and Government Operations Committee from 2005 to 2016, before leaving the legislature to become Chief of Operations and Deputy Chief of Staff for Human Services under Baltimore mayors Catherine E. Pugh (D) and Bernard C. “Jack” Young. He resigned from city government in August.

“I am excited to have Pete join The Capital Law Firm,” Kress said in a statement. “Pete is a man of high integrity and is widely respected by his former peers on both sides of the aisle. Pete’s expertise in healthcare policy is exceptional and I know he will be a great asset to the firm and to our clients.”

Hammen, who worked as an aide to then-U.S. Rep. Benjamin L. Cardin (D-Md.) before being elected to the legislature, said he was looking forward to returning to Annapolis.

“I have tremendous respect for the Maryland General Assembly and the complex nature of creating public policy for the citizens of Maryland,” he said.

Hammen will be the second former House Health and Government Operations chairman to return to Annapolis in a lobbying capacity come January. Earlier this month, Gally Public Affairs announced that former Del. John A. Hurson (D-Montgomery) would be joining the firm as a senior adviser.

Biden joins fellow Democrats in a push to insist voters that democracy is on the ballot on Election Day.