The primal formula for success as mayor of Baltimore is a triple approach to government in action – plow snow, pick up trash and keep your fingers out of the collection plate.

Fighting crime is an entirely different matter. It often means fighting City Hall as well as the cops themselves. Baltimore is not exactly Mr. Rogers’ neighborhood.

Two of the three previous elected mayors – Sheila Dixon and Catherine Pugh – were unable to restrain their sticky fingers and they were forced from City Hall. The third – Stephanie Rawlings-Blake – passed the snow and trash test but couldn’t figure out that politics is about connectivity and thought it was best to leave rather than risk letting the voters decide. The bad apples on the police gun task force are in jail. This, after all, is the city that can’t get its water bills and traffic signals straight.

The current mayor is on an automatic time-share plan to serve out the remainder of his predecessor’s term. Such is the tentative life of elected officials in Baltimore.

And now comes another election. It should be a doozy. It’ll be stapled together with the presidential primary and the general election to serve out the term of Seventh District Rep. Elijah Cummings, all on April 28.

Read into this what should normally be a sizeable voter turnout, but in Baltimore you never really know, though early voting has helped to goose the numbers. Three drops of rain on election day dampens enthusiasm as well as turnout.

It is important to remember, too, that in Baltimore black women control the vote as well as the size of the voter turnout. And this might be the first time in several recent municipal elections that there is no major black woman candidate at the top of the ballot – depending on what Dixon’s fortune cookie says.

Upwards of a dozen candidates have announced for mayor, all Democrats but one. The three most recognizable names have planted their flags and staked their claims – none of which is sufficiently compact to fit on a bumper sticker. Hear them out in what is supposed to be compressed into a nutshell:

Bernard C. “Jack” Young is, in fact, the incumbent mayor. He succeeded to the job from the City Council presidency when Pugh was forced to resign under pressure of several investigations into her under-the-table dealings with businesses she regulated as mayor and before that, as senator.

She pocketed hundreds of thousands of dollars from the sale of sappy kids’ health books she wrote to entities doing business with the city and state. Herewith is the nub of Young’s declaration of his candidacy for election to a full term as mayor:

“I promise to work with each of you to move Baltimore forward. . .I promise to be Baltimore’s biggest champion for children, families and elders.” Talk about inclusivity. Hey Jack, how about simply, “Let’s get Baltimore moving again,” riffing on a phrase that worked for John F. Kennedy when he ran for president?

“The people of Baltimore are proud and resilient, however, [sic] they’re looking for transformational leaders to change the trajectory of the city we love. . .My entire life I’ve heard from my elders that they can’t wait for my generation to produce a leader that is ready to take the reins, stand on their shoulders and take them to higher heights. I am that leader.”

Say what? As the heights get higher the stuff at the bottom gets profoundly deeper.

Thirdly comes T.J. Smith, who earned his chops as the face on television who spoke for the Baltimore Police Department. Smith promises “change the establishment can’t deliver.”

Funny stuff, that. It sounds a lot like the Trumpster. Remember “I alone can fix it”?

Even more curious, Smith was part of the establishment as mouthpiece for the cops, a job he left to fill the same role for Baltimore County Executive Johnny Olszewski who, incidentally, not only attended Young’s announcement rally but also endorsed Young for mayor. But listen up, as Smith tells it:

“I won’t just be mayor – I’ll be your mayor. One you can trust and be proud of.”

Divide-and-conquer is Dixon’s ticket to entry. Three top tier candidates and a field of others broader than a regulation NFL team splintering the vote is surely a temptation for Dixon to try and reclaim her old job as mayor, as she has said she might. Dixon came within 2,500 votes of denying Pugh a victory in 2016. Forgiveness and redemption are powerful virtues within the black community.

A couple of interesting turns set up the election’s contours. First off, when Young ascended to the mayor’s job, he said he had no intention of running for a full term. He’d cut a deal for Councilwoman Sharon Green Middleton to fill in for him as City Council president until the current term expired. When election time arrived, Middleton had agreed to defer to Young who intended to run again for his job as Council president.

But Scott bolloxed the deal. He did an end run and assembled the votes for City Council president, the job he now holds. And, taking Young at his word, or not, Scott began prepping to run for mayor. On that note, two members of the Council announced that they’d be running for the presidency that Scott would be abandoning.

So all the boxes on the electoral flow-chart are claimed, leaving no room for fallbacks by Young or Scott without a brawl that has no guarantees as the back-room arrangement might have.

Meantime, Young became accustomed to wearing the epaulettes of mayor, and weeks ago said he might change his mind about staying glued to the city’s top job. Word was passed by Young’s ambassadors to the wonderful world of money to withhold any contributions to other candidates for mayor until Young decided.

The area’s cohort of developers and others who find it in their interests to support incumbents has coalesced around Young now that he has announced his decision to try and stay put. Two weeks ago, he raised $250,000 at two fundraisers.

Young appears to have solidified his identification as mayor and his standing with the voters. The impression he conveys is that of a steady presence on the troubled streets of Baltimore. He seems to be everywhere that a calming influence is needed and reassurance is required.

Scott is young, at 35, by mayoral standards, and he is pitching to younger voters. He has issued a kind of manifesto in the form of city charter amendments, which would lower the city’s voting age to 16.

Moreover, and strangely, several amendments would significantly weaken the powers of the mayor – the very job he’s running for. And it would do so, in part, by hiring a city manager who would not be accountable to the voters, as elected officials are. 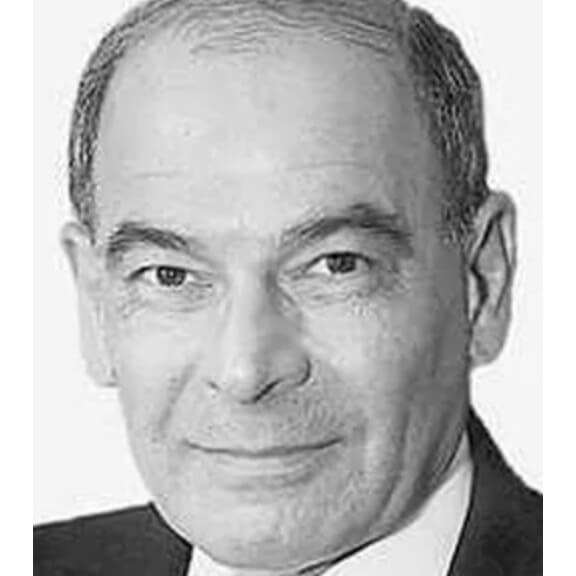 As for Smith, his shtick is television in the age of Twitter and Facebook, a spokesman for the police whose own brother was shot to death on the killing streets of Baltimore where, incidentally, nine people were shot in a single night last week and three of the victims died.

A friend used to describe the function of government this way: You put your kids and your trash at the curb in the morning and in the afternoon, you expect to get one of them back. These days you never know which.