When state Comptroller Peter V.R. Franchot (D) announced in 2013 that he wouldn’t be a candidate for governor the following year, it seemed like he was abandoning any ambition to run for higher office and was preparing to settle in for a long tenure in the Louis L. Goldstein Treasury Building. Heck, his top advisers at the time said as much. 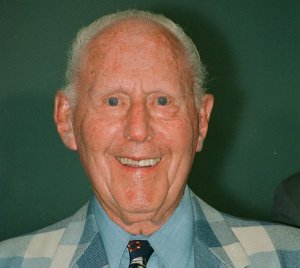 Franchot, after all, was 66 years old then and was finishing up his second term as comptroller. Since most Maryland governors almost automatically get two terms, the window appeared all but closed on any gubernatorial ambitions for Franchot. He’d be pushing 75 the next time there would presumably be another vacancy, in 2022.

By deciding not to run then, Franchot was conforming to historical patterns. So now, as he contemplates a bid for governor, Franchot may be trying to break with history.

In most places, statewide offices a step or two below governor, like lieutenant governor, attorney general, comptroller and treasurer, are springboards to running for higher office. But in Maryland, they’ve become something different.

For whatever reason, the lieutenant governor gig is a killing field for the occupants of the office who try to move up the ladder. That’s a discussion for another day.

Yet for a whole host of equally perplexing reasons, the offices of attorney general, comptroller and treasurer, have, with a couple of notable exceptions, become sinecures over the past several decades for more senior public servants, rather than launching pads for young men and women in a hurry.

Just think about who’s in those offices now: Franchot, elected in 2006; Attorney General Brian E. Frosh (D), who turns 73 next week, elected in 2014 and insisting that he has no higher ambition than the office he holds; Treasurer Nancy K. Kopp (D), 75, appointed by the General Assembly in 2002 after 28 years in the legislature.

Now think of their recent predecessors.

The treasurers before Kopp were Richard N. Dixon, who held the job for six years after 14 in the legislature; Lucille Maurer, who was appointed to the job at age 65 and served for nine years, following 18 years in the legislature; William S. James, who spent 12 years in the job and previously had served as state Senate president for over a decade; and J. Millard Tawes, who had already been governor and comptroller by the time he was appointed treasurer.

Dixon was young enough, when he became treasurer (58), to contemplate a bid for higher office. But as a practical matter, he was too conservative to win a Democratic primary outside his home base of Carroll County.

Two of Frosh’s predecessors as attorney general – Douglas F. Gansler and Stephen H. Sachs – ran unsuccessfully for governor. But sandwiched in between them was J. Joseph Curran Jr., who served for two decades and never outwardly showed any interest in moving up. Frosh seems to be operating in that mold — even though some Democrats wish he’d take a look at running for governor next time.

Now that Franchot is flirting with a gubernatorial bid in 2022, the typical Maryland template may be going out the window. It’s possible that comptroller could be a stepping stone to higher office after all. The last to make that leap was Tawes, in 1958.

The 2022 election is still three years away, but Franchot feels he needs to gear up early. Although he is probably the best known of any of the potential Democratic candidates for governor, and has a unique brand, he still needs a reset, to remind prime Democratic voters who have looked askance on his years-long close alliance with Republican Gov. Lawrence J. Hogan Jr., that he has some progressive tendencies.

So Franchot is behaving very much like a candidate, well before most people are paying attention.

Whether he ultimately pulls the trigger on a run for governor, or whether he disappoints his cross-section of fans and his campaign-ready staff by running for re-election or retiring, is anybody’s guess. But Franchot has certainly gotten hearts fluttering of ambitious politicians who imagine themselves the 34th comptroller of the state of Maryland.

It’s interesting to wonder just what type of candidate this hypothetical vacancy might attract: Senior officials who would view serving as comptroller a capstone to their careers? Or younger folks looking for a way station on a possible climb higher?

When Franchot was thinking about running for governor the first time around, state Sen. James C. Rosapepe (D-Prince George’s) made no secret of his interest in running for Franchot’s job if it opened up. Surely, Rosapepe, eight years older and wiser, will be making the same calculation and start to mobilize again, in case there’s a vacancy.

Talk to political professionals about additional potential candidates for comptroller and a few other veteran lawmakers keep coming up, like Del. Kumar P. Barve (D-Montgomery), who has an accounting degree and is chairman of the House Environment and Transportation Committee, and Sen. Brian J. Feldman (D-Montgomery), the vice chairman of the Finance Committee.

But could the job also be enticing for younger members of the legislature or younger county officials? What about someone like Del. Brooke E. Lierman (D-Baltimore City), one of several second-term state lawmakers, along with state Sens. William C. Smith Jr. (D-Montgomery) and Cory V. McCray (D-Baltimore City), and Del. Erek L. Barron (D-Prince George’s), who seem to have limitless political opportunities at the state, local and congressional levels?

Notably, Lierman is raising money in Washington D.C., in 10 days, at the offices of a national Democratic digital media firm, Bully Pulpit. She is mentioned for any number of political offices.

Republicans haven’t targeted the comptroller’s race in 20 years, but could that change with a vacancy? Could some of the Republicans who are being mentioned as possible candidates for governor scale back their ambitions and look to run for comptroller instead? What about members of Hogan’s cabinet who set aside political careers to work for the governor? State Budget Secretary David R. Brinkley has the right kind of experience to be comptroller.

Franchot has accelerated the 2022 gubernatorial election, even if he doesn’t ultimately run. How quickly will candidates for comptroller follow his lead?