The University System of Maryland could have a familiar face on board for five more years.

Speaker of the House Adrienne A. Jones (D-Baltimore County) has appointed Linda Gooden, the Board of Regents’ current chairwoman, to a newly established position on the board.

Gooden has served two terms on the board, the limit set for current members. However, the legislative appointments created by a bill passed this year are considered new appointments, according to an attorney general’s conclusion relayed by the speaker’s office.

Gooden has served on the Board of Regents since 2009. She was elevated to the role of chairwoman in November following public outcry over the regents’ response to the death of University of Maryland football player Jordan McNair.

“The Speaker felt it was important to have her continued steady leadership during the search for the new Chancellor, College Park and Coppin presidents,” Alexandra M. Hughes, Jones’ chief of staff, said of Gooden’s appointment.

Senate President Thomas V. Mike Miller Jr. (D-Calvert) has not yet publicly named his pick for the board. A spokesman said an announcement was likely in the next few weeks.

The two positions are among a four-member expansion of the Regents panel included in Senate Bill 719/House Bill 533. Other new members include an additional student representative – who will serve as a non-voting member for the first year of a two-year term before becoming the voting student member of the panel – and the state’s secretary of Commerce, currently Kelly M. Schulz.

On Wednesday, the board went over progress on other reforms required by the legislation.

The bill also requires that the members of the Board of Regents are geographically diverse and that the panel always contains members with expertise in higher education administration, finance and diversity and workplace inclusion.

A matrix with the demographics, expert backgrounds and other information about current regents has been created and will be shared with the governor, speaker and Senate president.

Right now, board members meet the requirements of the bill, with the exception of new members still to be appointed, said Denise Wilkerson, chief of staff to the chancellor and USM Office.

All board members are subject to confirmation by the Maryland Senate.

At the board’s next meeting in September, Regents are expected to vote on a number of bylaw changes to address the new law. That meeting will also be the first session of the board with video live-streaming. 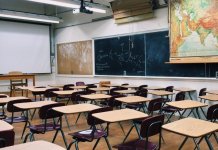