As the Washington, D.C., region’s water and sewer utility prepares to spend nearly $900,000 to change its name and logo, a Maryland lawmaker is demanding to know more about how the agency spends its money.

Del. Marc Korman (D-Montgomery) made the request in a July 24 letter to Carla Reid, general manager of the Washington Suburban Sanitary Commission.

“State law closely guards how WSSC ratepayer dollars can be used,” the lawmaker wrote. “Please explain how the $491,000 in future spending and several hundred thousand dollars in past spending on consultants related to ‘Branding/Visual Identity’ fit within the statutory framework.”

After searching for — and failing to find — WSSC’s fiscal 2020 budget online, Korman discovered that more than a third of the utility’s spending last year fell under the category “All Other,” the second largest category after debt service.

Korman asks the agency for a “line item breakdown of operating expenditures classified as ‘All Other’” for FY 2020, total overhead expenditures for the current fiscal year, the percentage of WSSC’s total operating budget that is overhead, and a comparison of how WSSC’s spending on overhead compares to similarly sized utilities.

Maryland Matters reported on Tuesday that WSSC is spending nearly half a million dollars on decals, hardhats and vests, employee IDs and business cards with the new name, WSSC Water; new logo, a blue and green W made up water droplets; and a new slogan, “Delivering the Essential.”

Signage as it will appear on the WSSC building on Sweitzer Lane in Laurel.

The WSSC is governed by a six-person commission whose members are divided evenly between the two counties. The vote to approve the new name and logo was approved 4-0 in July.

When the Washington, D.C., Water and Sewer Authority changed its name to DC Water in 2010, the agency spent $160,000, a spokesman said, in part because it held a contest in which the public designed the new logo.

In his letter, Korman noted that state law constrains much of WSSC’s revenue. 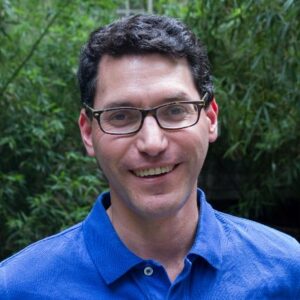 He also noted that customer water and sewer rates shall be set “to provide funds for (1) maintaining, repairing, and operating its water supply and sewer systems, including the overhead expense and depreciation allowance; and (2) making any payments to the District of Columbia …”

Korman then asked Reid to clarify how the agency’s large expenditure on “‘branding/visual identity’ fit within the statutory framework.”

He asked Reid to respond within 30 days.

Brown said the agency is currently working on its response.