President Trump and Rep. Andy Harris are perfect partners. They both claim Maryland’s Eastern Shore as a comfortable habitat – Trump, who carried all nine counties in 2016, and Harris, who represents the political extremity in Congress.

And every time Trump tweets or speaks an outrageous remark, Harris is quick to jump like a Jack-in-the-box to Trump’s defense. 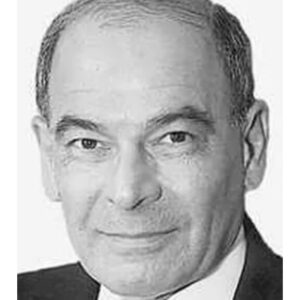 Immigration is their daily bread, to each a form of spiritual as well as political sustenance. Harris argues at community meetings that “immigration is out of control,” and he recently praised Trump as the first president to enforce immigration laws. (Trump has been rebuffed by the courts dozens upon dozens of times for trying to shortcut immigration laws, most recently for a new administration policy of blocking Central Americans and other migrants from seeking asylum when they reach the Mexican border. But Trump also claims to have reached a deal with Guatemala which, he said, will help slow Central American traffic to the Mexican border.)

Harris is a stalwart member of the congressional bloc that refuses to act on immigration. He opposes broad immigration reform unless border security comes first, which is the same as saying no immigration reform at all, though Trump hasn’t focused on the wall lately. But get ready for more noise if not the emblematic wall itself. The Supreme Court has just cleared the way for Trump to divert Pentagon money for its construction.

Harris, Maryland’s lone Republican in the colossus that is Congress, recently acted as Trump’s amanuensis in decoding the President’s tweet admonishing four minority congresswomen to “go back” to the hellhole countries they came from. The women are all U.S. citizens and three were born in the United States.

“Clearly it’s not a racist comment,” Harris said on WBAL talk radio. “He could have meant go back to the district they came from, to the neighborhood they came from.”

Nice try, Andy. Your audience of one values loyalty above accuracy. Trump doesn’t give a fig what anyone says or thinks as long as immigration stays in the headlines and his Kool Aid supporters have “send her back” on their minds. (“Send her back” is a reference to Rep. IIhan Omar (D-Minn.), the Somali-born refugee and naturalized American whose name evoked the chant when Trump claimed she “hates America.”) To flip the bird at Trump (and Harris), Omar recently returned to her Minnesota district to a raucous welcome by a supportive crowd.

So put Harris and the Eastern Shore in context. Harris is a by-product of redistricting gone amok for an antic reason. When Democrats were drawing the congressional map after the 2010 census, they couldn’t figure out how to Democratize the First District and dump Roscoe Bartlett, formerly of Western Maryland, with the same Sharpie swoop.

So they created a gerry-built First District that is shaped like a runaway ink blot by traversing the Chesapeake Bay and linking the Eastern Shore with Cockeysville in Baltimore County. The twist is that the Eastern Shore is largely rural and water-logged – the lower half described as “Transchoptankia” by H.L. Mencken after the Choptank River – and Cockeysville sprawls with colonies of rental apartments, Section 8 housing and is host to huge settlements of immigrants of all hues and tongues. The First District’s population of about 652,000 is almost equally divided between the Eastern and Western shores of the district.

At one time, several organizations, including some affiliated with Catholic social services (Harris is Catholic), had offered to accept children who have crossed the border into America. To that, Harris said, “Immigrant children pose a problem for the First District.” He cites a burden on schools and entertains constituent talk of diseases, two shibboleths often raised by anti-immigrant activists (including Trump).

Maryland’s quirky First District is a procession of haunting images:

Rep. Thomas Johnson (D) was jailed in a savings and loan scandal; Rep. Rogers C.B. Morton (R) abandoning the office for a higher calling to the president’s cabinet; William Mills (R) ending his life in a scandal after succeeding Morton; Rep. Robert Bauman (R) being arrested for having sex with a 16-year-old male prostitute in a public men’s room; Rep. Roy Dyson losing the election in 1990 after being linked to Defense Department scandals; and finally, the seat being stabilized for 18 years by a self-effacing pro-environment Republican, former combat Marine, house painter and school teacher, Rep. Wayne Gilchrest (R).

That is, until former Gov. Robert L. Ehrlich Jr. (R) decided to butt in and get even with Gilchrest for testifying before the General Assembly against slot machines, which Ehrlich considered not only a knife in the back but a slap in the face. Forgetting, of course, that Gilchrest’s constituents opposed slot machines anywhere near Ocean City, the sand-dune economic dynamo of the Eastern Shore. (Slot machines lined the boardwalk in Ocean City illegally for years before they were outlawed in four Southern Maryland counties in 1963.)

Nice work, Bobby. Democrats really appreciated the consideration. It gave Democrats, briefly, the First District seat. Frank Kratovil narrowly defeated Harris in 2008, but Harris returned with a vengeance two years later and reclaimed the seat that was created to isolate Republicans and decapitate Bartlett in the exchange. Harris has been ensconced ever since.

The renowned political consultant Joseph Napolitan observed that he had polled in every state in America and “the Eastern Shore is the most conservative area in the country.”

To support those findings, it should be remembered that segregationist Alabama Gov. George C. Wallace (D) launched his national political ambitions in Cambridge, where race riots enflamed the waterside town for nearly a decade. Sam Setta, owner of the Wishing Well Motel in Salisbury, ran for Congress as a Wallace supporter. Setta’s motel was a Wallace campaign stop, plastered with Wallace campaign signs. And Ocean City law prevented anyone but homeowners to vote until the ban was repealed in a special election in the early 1960s under pressure from civil rights groups and state government. The law was viewed as an effort to prevent blacks from voting.

So just what, it is fair to ask, is this guy doing representing Maryland, among the most reliably Democratic and progressive states in the nation, where the welcome sign is up for immigrants, the unwelcome mat is out for ICE, and Trump lost to Hillary Clinton by 26 points.

The short answer is that Harris was deliberately invested in the First District, in part because the high-handed maneuver boosted the number of Maryland Democrats in Congress to seven of eight and also because it eased him out of the Maryland Senate where he was more troublesome as one of 47 than as one of 435 in the House of Representatives. Harris has a modest, to put it charitably, record in Congress, mainly as a reliable Republican vote.

The gerrymander had two purposes – isolate Maryland’s lone Republican to the largely rural Eastern Shore and create a new and safe Democratic district in Western Maryland. (Both will likely remain that way because the Supreme Court recently refused to get involved in redistricting, partly in a Maryland case that challenged the admitted gerrymander.)

Harris puts people to sleep for a living. He is an anesthesiologist. To put Harris into perspective, he is the son of parents who fled the communist regime in Hungary after World War II. This, in large measure, has shaped his attitude toward government, similar to the experience of Ayn Rand, the doyenne of modern libertarians, who also fled communism in Russia. Harris claims he is opposed to repression of any kind yet he is repressing others by imposing his rigid ideology on anyone who does not share his stern beliefs.

But here’s one act of repression Harris neglected to address: Trump recently told a conference of young conservatives, “Then, I have Article II, where I have the right to do whatever I want as president. But I don’t even talk about that.” The echo of Hungary after World War II hangs in the air over Washington.

So while Harris and Trump toddle hand in hand on the easterly half of the First District, be comforted in knowing that he is alone – all alone – when it comes to speaking for Maryland in Congress.