A Fourth Circuit three-judge panel chided U.S. District Court Judge Peter J. Messitte for previously allowing the case to move forward and said the lawsuit “readily provokes the question of whether this action against the President is an appropriate use of the courts, which were created to resolve real cases and controversies.”

Judges Paul V. Niemeyer, A. Marvin Quattlebaum Jr., and Dennis W. Shedd, in an opinion released Wednesday, ordered Messitte to dismiss the case, which was filed in 2017 by Frosh (D) for the state of Maryland and Washington, D.C., Attorney General Karl A. Racine (D).

Frosh and Racine had alleged that the president’s continued interest in the Trump Organization results in him receiving “emoluments” from various government entities and officials – foreign and domestic – and that such receipts violate the U.S. Constitution.

In arguing that the states had standing to bring the lawsuit, D.C. and Maryland alleged economic harms, including that businesses and governments – especially those with an interest in influencing the president – might shift spending to the Trump International Hotel in D.C. from the National Harbor development in Prince George’s County and D.C. facilities including the Walter E. Washington Convention Center, the D.C. Armory, and the Carnegie Library.

But the appellate court said that argument fell apart.

“Such a conclusion, however, requires speculation into the subjective motives of independent actors who are not before the court,” the judges wrote. “Indeed, there is a distinct possibility — which was completely ignored by the District and Maryland, as well as by the district court — that certain government officials might avoid patronizing the Hotel because of the President’s association with it.”

The District and Maryland had sought a declaratory judgment that Trump was violating the Emoluments Clauses and an injunction prohibiting future violations, but the appellate judges said the clauses did not confer any rights or provide any remedies.

The judges also wrote that the complaint “asserts unprecedented claims directly against a sitting President.”

Efforts to enforce the emoluments clauses have been virtually nonexistent before Trump’s election, but three cases have since been filed in federal courts, the judges noted.

Messitte’s opinions were “the first ever to permit a party to pursue relief under the Emoluments Clauses for alleged competitive injury — or for any injury for that matter,” Trump’s attorneys wrote in court filings.

Frosh and Racine issued a joint statement following the opinion saying the appeals court “got it wrong.” 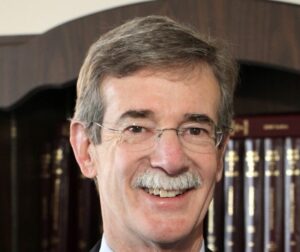 “Although the court described a litany of ways in which this case is unique, it failed to acknowledge the most extraordinary circumstance of all: President Trump is brazenly profiting from the Office of the President in ways that no other President in history ever imagined and that the founders expressly sought—in the Constitution—to prohibit,” the attorneys general said.

Frosh and Racine added that they will continue to pursue legal options.

“We have not and will not abandon our efforts to hold President Trump accountable for violating the Nation’s original anti-corruption laws,” they wrote.

“Word just out that I won a big part of the Deep State and Democrat induced Witch Hunt. Unanimous decision in my favor from The United States Court of Appeals For The Fourth Circuit on the ridiculous Emoluments Case. I don’t make money, but lose a fortune for the honor of serving and doing a great job as your President (including accepting Zero salary!).”