Eric Costello is undoubtedly one of the most conservative Democrats on the Baltimore City Council. His policy positions and rhetoric impede the progress we must make as Baltimoreans.

We are calling for a strong, progressive primary challenger to emerge against Costello this upcoming election.

Largely citing “business concerns,” Costello was one of the few Baltimore City Council members to vote against the $15 Baltimore City minimum wage bill, which former Mayor Catherine Pugh decided to veto – breaking a campaign promise. Since 2016, Costello has received significant donations from powerful business influencers in Baltimore. To name a few:

We believe that Costello’s lack of action to combat wage stagnation and his refusal to fight for a living wage, in addition to his extensive donor base from powerful business interests, positions him as a direct threat to upward mobility for economically disenfranchised people in Baltimore.

Baltimore City District 11, and residents throughout the city, deserve a council person who will unapologetically fight for a living wage for economically disenfranchised Baltimoreans and who is willing to stand up to powerful business entities that show little regard for their employees’ quality of life.

Supporter of corporate interests and developers

It is no mystery that Baltimore has a history of electing officials who support corporate welfare and handouts to wealthy developers with no regard for the impact on some of the city’s most vulnerable communities. One could easily point to city-supported projects like that of Harbor Point, the Perkins Homes Redevelopment Project, and many others as examples.

Most recently, Costello was an ardent supporter of the Port Covington TIF, a “deal” that resulted in Baltimore City giving $500 million-plus in tax increment financing for the development of Port Covington. This TIF is the largest in Baltimore’s history, and one of the largest ever in the U.S.

On a broad level, the Port Covington TIF raised many legitimate concerns from an array of activists, including the lack of equitable local hiring standards, lack of fair housing requirements for low-income residents, and the unknown impact that this “deal” would have on education funding in Baltimore City. Costello was one of the most vocal supporters of Port Covington and appeared to be dismissive of activists’ concerns.

One memorable moment occurred when Betty Robinson, of the Showing Up for Racial Justice advocacy group, pointed out that the level of funds being made available for the TIF was three times the Baltimore City Parks and Recreation budget, and argued that this project’s financing was absurd given the history of closing youth recreation centers across Baltimore.

Costello responded to these concerns by saying, “Ma’am, with all due respect, you do realize we are not closing rec centers in Baltimore city, don’t you?” Robinson then provided Costello with a list of the shuttered recreational centers across the city over the past decade.

It is important to note that Costello has received several significant campaign donations from organizations and stakeholders involved in the Port Covington project, including:

Similar to Costello’s extensive business donor network, he has raised thousands of dollars from some of the other most influential Mid-Atlantic developer and real estate networks including, but not limited to:

Costello’s relationship with developers continues to perpetuate the expansion of gentrification, inequitable development, and communities of “haves” and “have nots.”

Squeegee kids and the ‘Harbor Incident’

Does Costello support criminalizing residents giving money to Baltimore youths who clean cars near Baltimore’s Inner Harbor? These youths are commonly known as the “squeegee kids,” and many are black. Costello has been quoted saying, “Folks are giving kids money, or anyone money, who is in the public right of way. They are going to be inclined to come back.” He acknowledged that he “may be looking at ordinances in other cities around the country.” 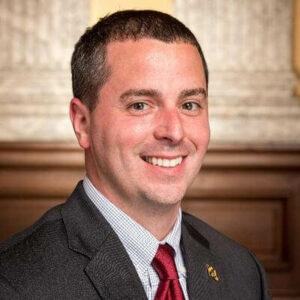 Instead of directly addressing the root causes of why many youths wash cars at high-volume intersections near the Inner Harbor (lack of employment/job opportunities, skills training, etc.), Costello has decided to support criminalizing one of the few money-making opportunities that city youth can pursue.

Further, in relation to the Memorial Day weekend “Harbor Incident,” where incidents of youth-related disruption were reported in the Inner Harbor, Costello posted the following on his Facebook page: “On Saturday, May 25, at approximately 6:30 p.m., there were 400+ kids in the Inner Harbor. At least one person was assaulted, several reports of destruction of property, and video footage of kids running across E Pratt St on top of the hoods of cars. Baltimore Police Department – Central District already had a significant deployment in place in anticipation of this evening and additional resources were deployed in response, from across the City. Approximately 5-10 individuals were arrested in relation to the above. Most of the crowds were dispersed by approximately 9:30 pm.”

The same night, Mike Manusco of the Fraternal Order of Police of Baltimore, tweeted the following, “To our officers at the Harbor tonight: Protect each other and don’t fall into the trap that they are only kids. Some are criminals!”

Costello’s coverage of the “Harbor Incident” is problematic. First and foremost, Costello perpetuates the fear-inducing narrative of a “black mob” by claiming that there were 400-plus youths at the scene, when in reality, no agency could confirm that this large a group was actually present.

And even if there were that many black youths present, so what? Should we fear black youth congregating in public spaces like the Inner Harbor?

Secondly, Costello applies the “collective responsibility” dynamic to all the youth that were present that evening, even though less than 10 were actually arrested. Simply put, his language supports the criminalization of black youth simply for hanging out in the harbor, even if most of them weren’t engaging in disruptive behavior.

We doubt this “collective responsibility” dynamic would be applied if it were a group of white youths. Costello’s language acts as a dog whistle, and emboldens those who hold racist feelings towards black youth.

Baltimore City District 11, and residents throughout all of Baltimore City, deserve a city council person who is willing to actively support black youth in Baltimore, and not use criminalizing, harmful language when speaking about them.

In 2018, Councilman Zeke Cohen introduced the “Transparency in Lobbying Act,” which requires lobbyists who earn over $2,500 to report their clients and lobbying activities twice per year, and for those reports to be made available to the public 30 days after filing. Costello tried to weaken, or at the very least deter support from this bill, by suggesting that the law also recognize people as lobbyists who “make more than one lobbying contact” with a public servant, making the $2,500 income requirement irrelevant.

This would force community, school, health, and other public advocates to undergo the same regulations as wealthy lobbyists like Sean Malone or Frank Boston, who earn hundreds of thousands of dollars working on behalf of powerful clients. The amendment proposal went nowhere and Costello eventually supported the final version of the bill, but why would he try to deter support from the overall bill by proposing such a bizarre, impractical amendment?

As we all know, the Mayor Pugh “Healthy Holly” scandal rocked Baltimore upside down. As a result, there were immediate calls for government reform, particularly around reforming the city charter to shift more broad powers and authority to the city council from the mayor.

Costello leads the committee that would hear charter amendment proposals. Instead of acting with a sense of urgency around the desperate need for charter reform in Baltimore City local government, Costello said he is not willing to commit to even hearing any charter-related legislation until summer 2020, saying it would be a “distraction” to the city.

Baltimore City District 11, and residents throughout all of the city, deserve a city council person who is willing to actively and consistently support increased transparency in our local government, and who is also willing to act with a sense of urgency to implement the necessary local government charter reforms that are needed to move Baltimore in a positive direction.

Even though Eric Costello has much of the business, developer, and political establishment support, he is most definitely a beatable incumbent.

Costello benefited from a large field of candidates during his campaign for a full term in 2016. He defeated Dea Thomas, Greg Sileo, Curtis Johnson, and Harry Preson. Costello received 55% of the votes, followed by Dea Thomas at 22%. To put it bluntly, we need the progressive community to unite behind one challenger so that Costello does not benefit from vote splitting. If Costello faces one serious progressive primary challenger, he is much more beatable.

We need a progressive candidate to emerge in the next two months and we must unite behind him or her. If several progressive candidates are interested, they need to meet privately and openly hash out which among them has the best shot and be open to throwing their weight behind a fellow progressive.

Once this progressive candidate emerges, targeted outreach to labor unions and small dollar donors is imperative. Given Costello’s extensive business and developer donor base, in addition to his lack of commitment to a $15 minimum wage, Service Employees International Union Local 500 and other labor unions need to heavily provide funding and canvassing support.

Registering new voters would be a plus. This can only occur if the campaign begins within the next two months.

It’s time to show up. Our city is worth it.

Moore is a former Baltimore City teacher and social entrepreneur who lives near Patterson Park in Baltimore City District 1. He can be followed on Twitter at @BaltimoreBobby3. His email address is [email protected]

Richard DeShay Elliott is a Political Science Ph. D candidate at Johns Hopkins University, a public policy researcher with Delegate Vaughn Stewart, and campaign strategist with Tim Adams for Mayor of Bowie & DaJuan Gay for Annapolis’ 6th Ward. You can find him on Twitter at @RichElliottMD and on Facebook.